A young couple in Saudi Arabia were arrested after a man filmed himself kissing a woman and shared it on social media.

The clip was posted to Snapchat by the man who posted the caption ‘teaching her how to drive’.

Now the pair face jail time for their embrace after the video went viral, angering Saudis who blasted them for moral intolerance. 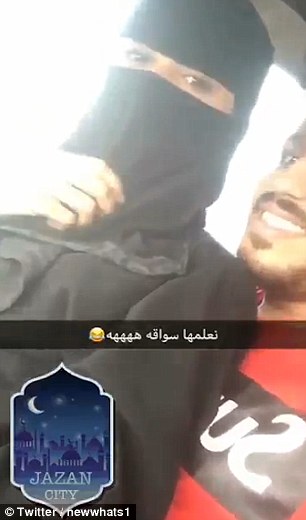 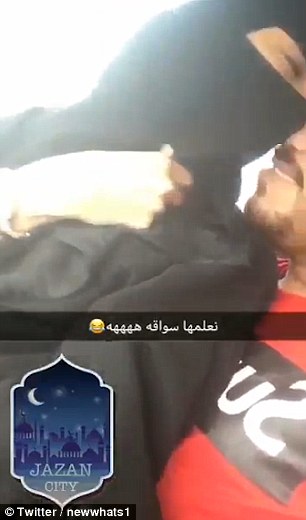 A woman was driving a vehicle in Saudi Arabia when the man turned to her and they shared a kiss. The man shared footage to Snapchat where it went viral shortly after

Authorities picked up the man and woman after they recorded a smooch while driving on a highway in Jazan.

Their actions were deemed explicit by Prince Mohammad bin Abdel Aziz who ordered their arrest.

Check this out  Online gambling addict stole £32,000 from disabled woman and left her with 36p in her account

According to Stepfeed, the incident sparked outrage on social media.

Another infuriated post read: ‘Lack of modesty. I hope they’re both caught soon. 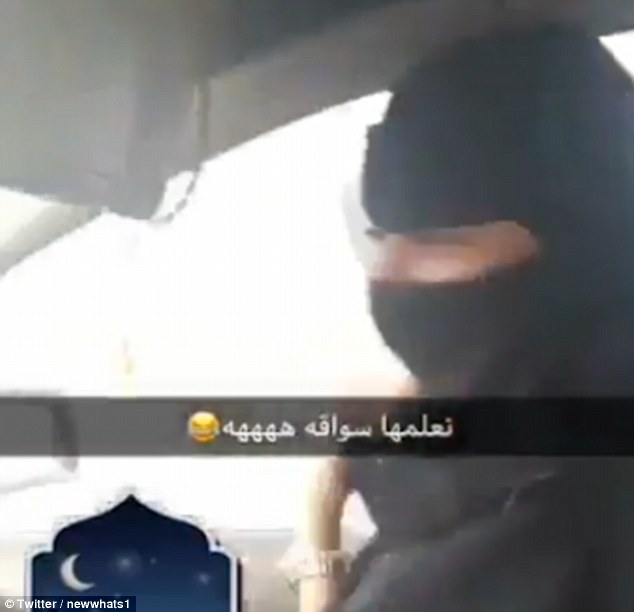 ‘Let them be thrown in jail for a few years so that they learn some respect and manners.’

Saudi Arabia follows strict laws for unmarried couples, who could be jailed just for meeting in public or private.

The ultra-conservative kingdom bans relationships outside of marriage which is considered a sin under Sharia law.

A reaction from a more liberal viewer on Twitter read:

‘A man and his girlfriend, what’s the problem? Maybe they’re newly married and this is a video they were trying to send to his or her family and it went out to someone else by mistake.’

Just last month a historic ban was lifted in the country allowing women to drive legally there for the first time ever.

The move is part of a cultural transformation by Crown Prince Mohammed bin Salman pushing towards ‘a more moderate Islam’.