A school has ditched plans to stop pupils growing beards after an outcry from parents.

The mixed secondary said it was outlawing all facial hair, also including moustaches and sideburns, so that younger pupils won’t feel ‘intimidated’ by older boys.

The ‘additional dress regulation’ was outlined in an email to parents at The Brakenhale School in Bracknell, Berkshire. It said the rule was ‘in line with other schools’. 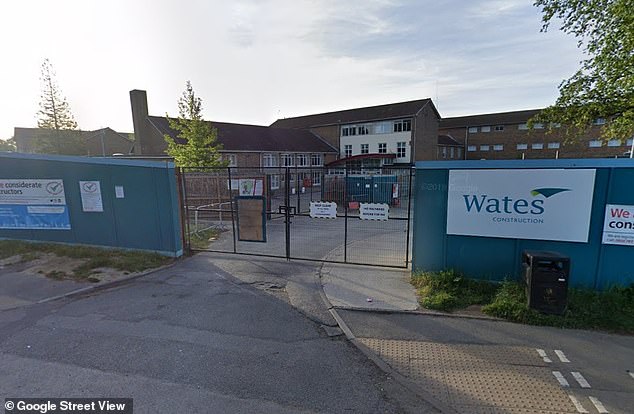 Brakenhale School in Bracknell, Berkshire, introduced the ban after students will full-grown beards and sideburns had caused some ‘worries’ from our younger students

But Jane Coley, headmistress at the comprehensive, now says she is ditching the proposal after a backlash from parents. She said: ‘When some of the older students are wearing fully styled beards and sideburns it makes them look much older and it has led to some worries from our younger students.’

But she said it was not the school’s intention to upset anyone, adding: ‘We have now reflected and as a result we will not be asking students to remove facial hair.’

One parent Sam Watson – who has a child in Year 9 – said: ‘It’s all part of growing up. I can’t see why having to shave makes any difference to their learning. It’s ridiculous they even thought parents would agree to it.’

Another parent said: ‘This is truly pathetic from a local school. How controlling.’

Facial hair would have been allowed on religious grounds.