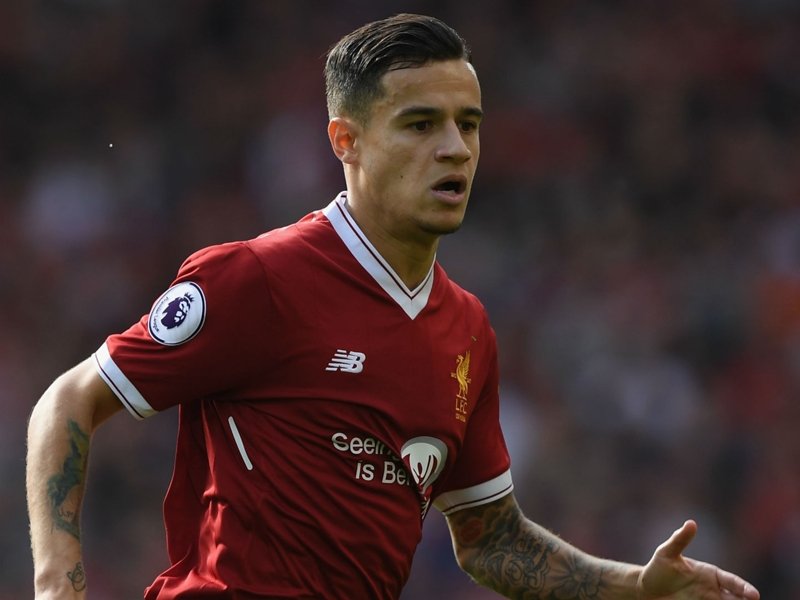 The Reds let a three-goal lead slip to drop points away from home, although it should not affect their chances of making the last 16

Philippe Coutinho admits Liverpool must learn from Tuesday’s 3-3 Champions League draw with Sevilla, despite the result keeping them on course to win Group E.

Jurgen Klopp’s side looked to be coasting to victory on Spanish soil when they led 3-0 at the break, only to suffer a worrying second-half collapse that once again raised questions over their defensive deficiencies.

Wissam Ben Yedder scored twice before Guido Pizarro struck a dramatic late equaliser to rescue a point for Sevilla and deny a shell-shocked Liverpool from qualifying for the knockout stages.

Coutinho put the capitulation down to the players losing focus after such an impressive first half, something they can ill-afford to let happen again in the future.

“It wasn’t a good result, we almost felt like we do after a defeat,” the Brazil international told Liverpool’s official website.

“We had a great first half and then in the second half we let everything unravel and so we were all feeling very frustrated.

“We have to stay awake all the time, 100 per cent. I think that the first half, the way we went into the game, we have to go into the second half [like that] too.

Thursday night training at Melwood as Joel Matip returns ahead of #LFC’s clash with Chelsea.

“And I think all of the players, we all switched off a little bit and we thought that at 3-0 it was going to be a little bit difficult for the opposition [to come back].

“That’s what happens sometimes when you play football.”

Despite the disappointing result in Seville, Liverpool will still win the group if they beat Spartak Moscow at Anfield on December 6.

“If you had offered us a draw [before the game] that would have been fine and [felt] better than the way the game went,” Coutinho added.

“The problem is that we were 3-0 up and playing with great intensity and had a result that was going to be great but then they drew level and that frustrated us.

“But really, it’s a point for us and we are still top of the group, so it was an important point.”