A man sparked panic in a Tesco store when he was spotted walking along the aisles with a meat cleaver in his hand.

One shopper filmed the man brandishing the blade as he walked past fruit and vegetable displays in the store on New Park Street, Leicester.

Janusz Samonek, 37, from Leicester, has been arrested and charged with affray and possession of a bladed article. He has been released on bail and will appear at Leicester Magistrates court tomorrow. 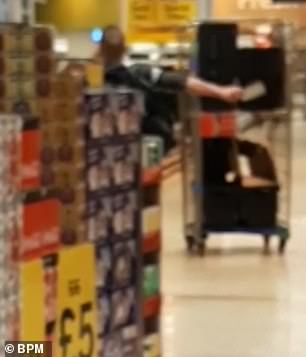 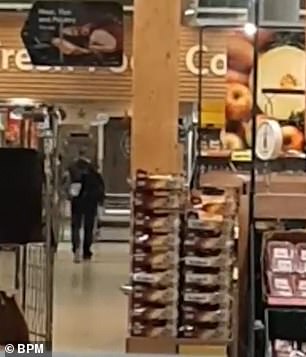 The terrifying footage shows a man walking around the store waving the knife as sirens blared, and at one stage passing another man.

The shocking clip was filmed at about 8.30am yesterday by a De Montford University employee who had gone into the store to buy a sandwich for lunch.

‘I noticed staff rushing around and looking frightened. Customers were running out of the shop’, he told Leicestershire Live.

‘That’s when I realised (the alarm) could be a lot more serious, and then I saw this bloke walking towards me down the aisle with a meat cleaver in his hand.

‘He was waving it and shouting at people. I couldn’t figure out what he was saying and I just ran out of the store as quickly as I could.’ 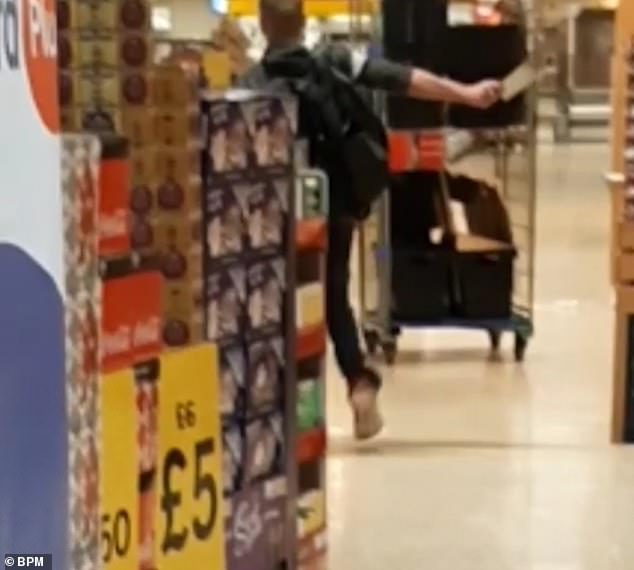 Check this out  Bus crashes on country road in Oakley, Hampshire 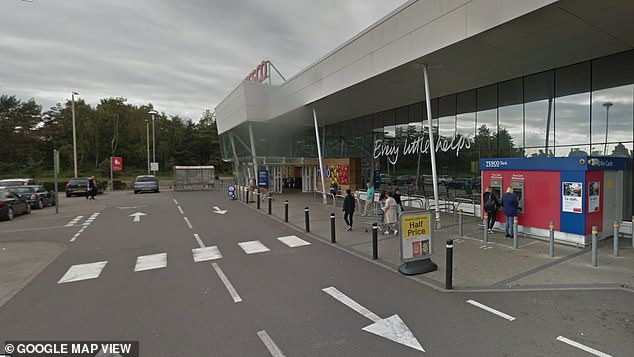 A man was filmed brandishing a knife in this Tesco’s store on New Park Street, Leicester, yesterday at around 8.30am

Shoppers were evacuated from the store, Leicestershire police said, and officers remained in the area to provide reassurance to people.

No injuries have been reported.

Armed police officers arrived at the store about five minutes after the alarm was sounded.