Six dead in Kashmir violence ahead of polls: Indian officials 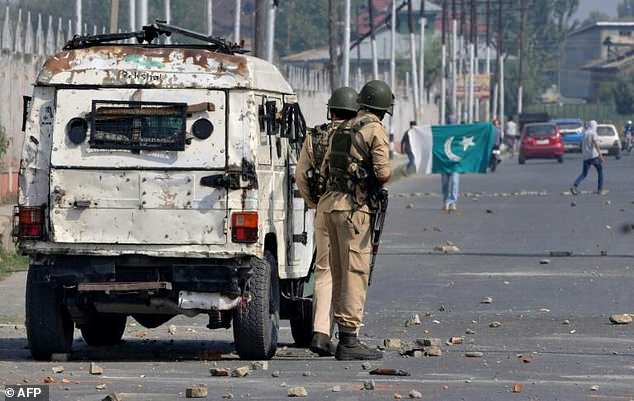 Six people were killed in mounting violence ahead of local elections in Kashmir as Indian authorities imposed a curfew and suspended mobile internet services in the disputed territory on Thursday.

There were at least four separate shootings in the restive Himalayan region, where an armed insurgency against Indian rule has raged for three decades, costing tens of thousands of lives.

Elsewhere, a road-construction labourer was shot and killed by soldiers, said a police officer who spoke on condition of anonymity and could not provide further details.

In the main city of Srinagar, government forces shot dead a man during an early morning patrol, sparking public unrest.

Thousands defied the government curfew to attend his funeral, chanting slogans against Indian rule in the mountainous area where half a million soldiers are deployed.

Kashmir has been divided between India and Pakistan since 1947 but both nuclear-armed rivals claim the territory in full, and have fought three wars over its control.

Tensions have been rising ahead of local elections in October and November. New Delhi has deployed an additional 40,000 troops to the region to maintain order.

Both pro-Indian parties and separatist groups fighting for self-determination have called for a boycott of the upcoming polls.

The region has been under direct control of New Delhi since the local government there collapsed in June.

Curfews, internet shutdowns and clashes with civilians are not uncommon when violence flares in Kashmir, where Indian forces have been accused by the UN of rights abuses.

Check this out  Dolce&Gabbana explore DNA with star-filled cast

New Delhi has long accused Islamabad of supporting militant groups waging an insurgency in Kashmir, which is divided by a heavily militarised de facto border.

This month, India blamed postage stamps released by Pakistan honouring a Kashmiri militant as part of its reason for cancelling rare talks between the neighbours in New York.