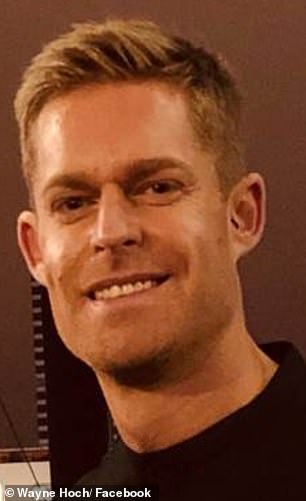 A steelworker who was mocked in vile Snapchat images has won a massive payout for racial abuse — even though he is white.

Wayne Hoch, 35, was driven to mental collapse after being taunted over his South African nationality by colleagues at UK firm Thor Atkinson Steel Fabrications Ltd.

One worker posted a Snapchat image of Mr Hoch’s head superimposed onto the body of a starving black child with the words: ‘Donate £1 a month to save this poor child’.

And another mocked-up image of him next to a black African woman carrying a child, read: ‘Congratulations Wayne on the newborn’.

Mr Hoch today said he was left suicidal over the abuse at the Cumbria-based firm.

Mr Hoch, who worked as a buyer from 2014 until resigning in 2018, said: ‘They degraded me, humiliated me and left me depressed and anxious.

‘They bullied me relentlessly and called me the most offensive names on a daily basis.

‘I almost ended my life from the stress and anxiety they caused.’

The tribunal, in Carlisle, Cumbria, heard that Mr Atkinson called Mr Hoch a ‘w**’ and a ‘foreign c** more often ‘than addressing him by his name’.

He also used the offensive slur ‘kaffir’, a racist insult that was commonly used under apartheid.

And a voicemail left on Mr Hoch’s phone from his boss simply said: ‘Foreign c***’.

Describing one incident employment judge Bernard Hodgson said: ‘When he was particularly down, Mr Atkinson addressed him with ‘What’s up with you, f****** c***, what you being moody again for? 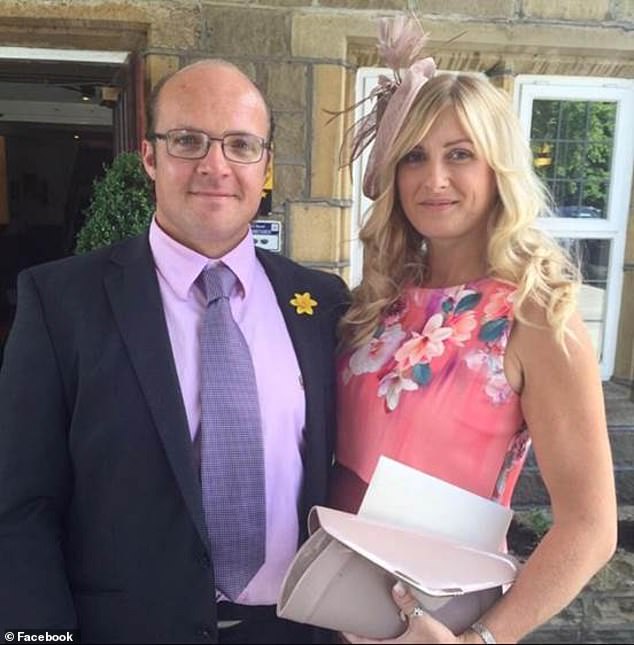 Pictured: Mr Hoch’s boss Thor Atkinson and his wife Jemma, who is also a co-director

‘Having your period? And sulking you f***** foreigner’.

Mr Hoch, who brought claims for constructive dismissal and racial and sexual harassment, quit his job to take a lesser paid, lower status role at another company.

In his resignation letter he said he had found the abuse to be ‘threatening, degrading, racist and a violation of my personal self’.

He wrote: ‘The way in which you constantly address me and have done so over a prolonged period of time has made me ill to the point I have had to seek medical attention’.

The tribunal heard that Mr Hoch, who came to the UK aged 18, secretly recorded some of the taunts on his phone.

A clicking noise made by Mr Hunter was claimed to be an attempt to imitate the sound made in the South African Xhosa language.

Mr Hunter was also filmed saying: ‘I am not making a brew for a foreigner’ 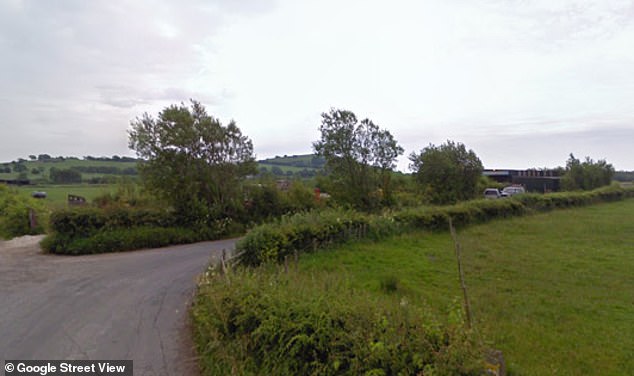 The tribunal awarded Mr Hoch a total of £54,686 for the ‘prolonged’ abuse which the ‘owners of the business were complicit in – and indeed directly partook in’.

He added: ‘In all the circumstances, the tribunal is clear that it was the events at work as described that led to – were the effective cause of – the claimant’s decision to resign.’

Mr Hoch, who lives in Holme, Cumbria, said: ‘I want to others to know that you don’t need to stand for verbal or racial abuse at work.

‘It is not acceptable and should not be tolerated. A lot of the staff followed Thor’s actions and thought it was okay to follow suit.

‘Taking this case to a tribunal has been enormously stressful but I could not let them get away with how they acted.’