Starbucks is to open a store where people will be able to order using sign language.

The first Signing Store will be in Washington, D.C. and open this October.

Starbucks says the idea is part of the company’s ongoing efforts to ‘connect with the diverse communities it serves.’

A team of deaf Starbucks employees are behind the idea to create the unique store.

Customers’ names won’t be called out when orders are ready. Instead, their orders will appear on a visual display, letting them know it’s time to pick up their items. 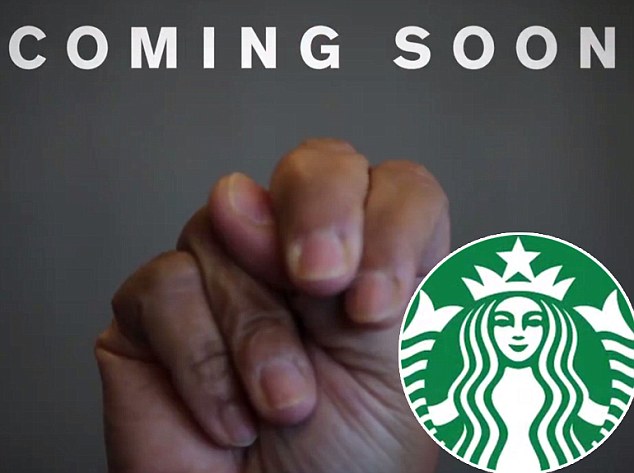 Starbucks has announced that it will open its first signing store, which will feature a full staff fluent in American Sign Language 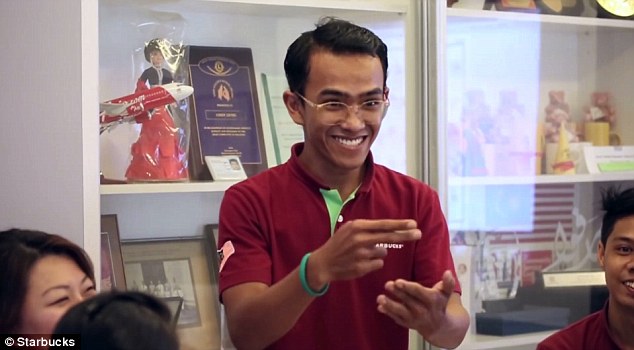 Starbucks said it will hire 20 to 25 deaf, hard of hearing and hearing workers from across the country to work at the store with a requirement that all be proficient in ASL

‘Starbucks has taken an innovative approach to incorporating Deaf Culture that will increase employment opportunities as well as accessibility for deaf and hard of hearing people, while at the same time educating and enlightening society.’

Starbucks will hire 20-25 deaf, hard of hearing and hearing workers from across the country to work at the Signing Store with a requirement that all be proficient in American Sign Language (ASL). 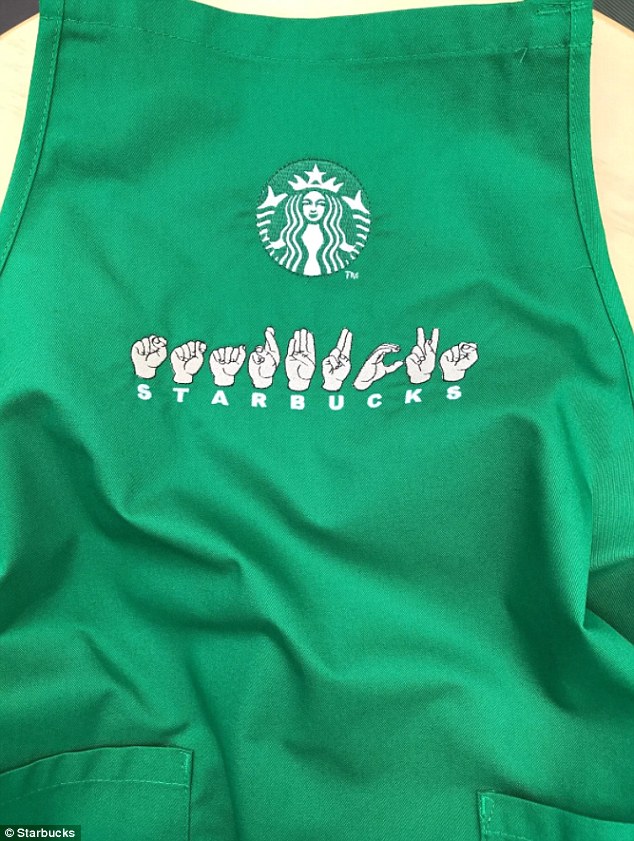 Aprons will be embroidered by a supplier who is deaf, and the store design will incorporate aspects of ‘DeafSpace,’ which considers how deaf individuals function in their environments The store, whose creation was led by a group of Starbucks employees who are deaf, will be modeled after a signing store in Kuala Lampur, Malaysia, which opened in 2016, pictured Hearing people who are fluent in American Sign Language (ASL) will wear pins that say, ‘I sign’

The idea to open a Signing Store in the U.S. was inspired by a similar Starbucks Signing Store which opened in Kuala Lumpur, Malaysia in 2016 with nine deaf employees.

Workers from the U.S. traveled  to the country last July for the first-year anniversary to understand design of the store better and to see how something similar might be created in the U.S.

The deaf baristas in the Washington D.C. store will wear special aprons that have ASL written on their aprons and wear a pin stating ‘I sign’.

Among the changes made are visual communication options for ordering and receiving beverages at the hand-off counter for customers new to sign language, and an open environment floorpan with low glare reflective surfaces to help create a ‘Deaf Space’ for customers. 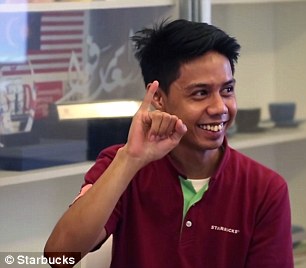 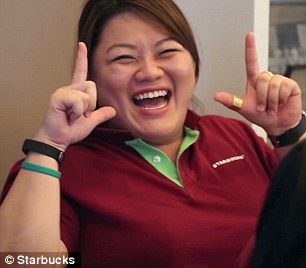 The store, which is slated to open in October, was inspired by a similar signing store which opened in Malaysia in 2016, pictured 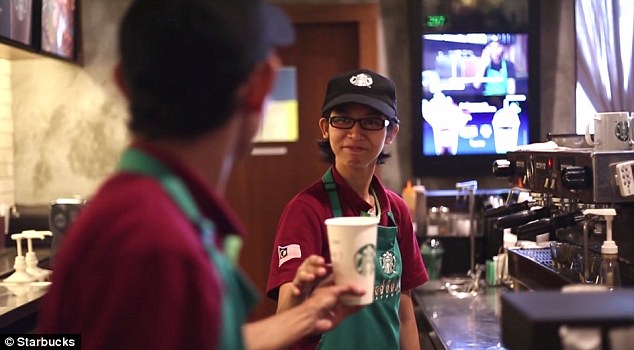 A team of employees visited the Malaysian Starbucks in 2017 and came back with ideas to create the most accessible cafe yet in Washington D.C.

Various artwork and merchandise, include a custom mug, will also be available for purchase — all designed by Deaf artists.

‘Starbucks is to be commended for their affirmative approach to employing people with disabilities, in this case persons who are deaf and hard of hearing,’ said Former U.S. Senator Tom Harkin from Iowa who was instrumental in introducing the Americans with Disabilities Act.

‘I know Starbucks will find deaf and hard of hearing persons to be their most loyal, competent and reliable employees. Customers will enjoy interacting with these partners and perhaps learning a few good signs with their coffee!’

The Signing Store will be located at 6th and H Street near Gallaudet University – the world’s only college in which all programs and services are specifically designed for the deaf and hard of hearing.