TV’s Steph and Dom Parker, 52 and 54, draw on their 21 years of marriage to solve your relationship problems . .

Q: I’m 44 and have been with my boyfriend for 18 months. I love him, but there’s one big area of tension. I work at a marketing agency and the hours are quite long. I don’t usually get out of the office until 7.30pm, or sometimes much later. However, he works for himself in IT, so has more free time. He is always asking to pick me up after work at 6pm, which I absolutely cannot do. And he gets annoyed I can only ever meet him ‘late’.

Anyway, it all blew up last week because I had to cancel a night with his friends, and he called me a workaholic. 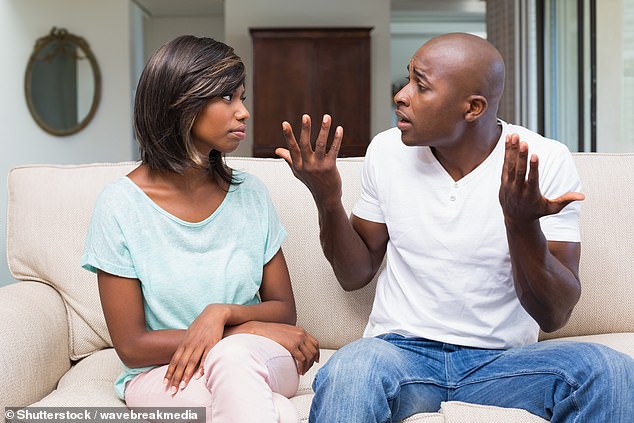 An anonymous reader asked Steph and Dom Parker for advice on her boyfriend of 18 months, calling her a workaholic (file image)

We were supposed to be going to theirs for dinner, but I got caught up in a crisis at the office. My boss would have been absolutely furious if I’d upped and left, but my boyfriend was so cross with me for embarrassing him.

What should I do?

STEPH SAYS: Firstly, I think it’s important to acknowledge and congratulate you on having a successful and fulfilling career. Just getting on the ladder is tough enough, let alone managing to climb it with no end of competitors nipping at your heels the whole way. So, I salute you.

Your demanding job is a reflection of the hard work you have to put in and the talent you clearly have. In your letter, you don’t complain about the long hours you work — you complain about your boyfriend’s reaction to those hours.

From where I’m sitting, it is clear that you enjoy having a demanding role and are motivated by its challenges and the rewards it brings. It also sounds that your need to be in the office late is not likely to change any time soon. So, what can be changed? The man! It sounds to me like your partner is trying to undermine you, and, worse, that he is succeeding.

Do you think he might feel threatened by your career success? Instead of being proud of you and impressed by your achievements, he is using them against you.

It sounds to me as if he thinks you are more successful, both financially and in terms of status. Even if this is not the case, he seems to have no desire to be with a high-flyer. 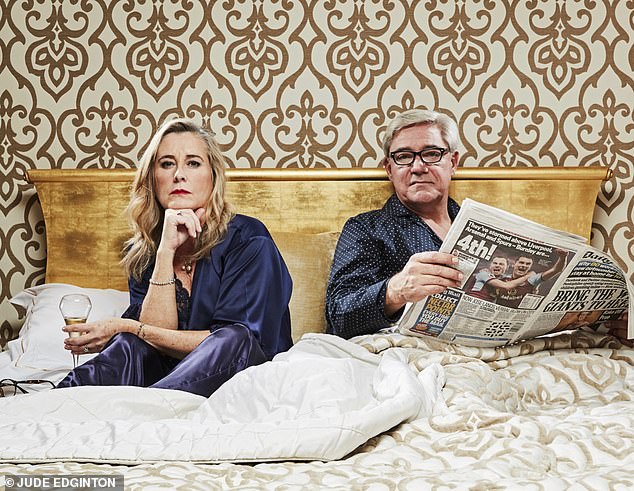 His actions are those of a man who is both egocentric and deeply insecure.

Like a petulant child he wants your attention all the time. He doesn’t want to share you with anyone else, even your boss. This is not healthy — and it’s not helping you.

I’m sorry to be blunt, but this relationship is not working for either of you.

His demands for your attention are, frankly, juvenile and unacceptable. I know this sounds harsh but please hear me when I say this is not a good match. You must be brave and strong and walk away from it.

Ditch the man-child, not the job

I suggest you explain to him, what you have explained to us in your letter. You will feel sad, but you will also feel relief and a huge sense of freedom.

DOM SAYS: What a difficult situation. You’re not being cut a lot of slack.

It’s sounds to me like you’re right at the top of your game. You’re 44 and, professionally, I’d have thought that meant you’re going full pelt at work.

There’s nothing wrong with that. It’s important to be at your best and to give it 100 per cent.

I have to say, I do believe this chap is being unreasonable and not very accommodating to you at all.

This business with his friends — well, it doesn’t seem too much to ask for you to do this at weekends. You don’t mention having to work on Saturday or Sunday, but surely even if you do have to, then you could put an occasional dinner in the diary and mark it down as a day off? 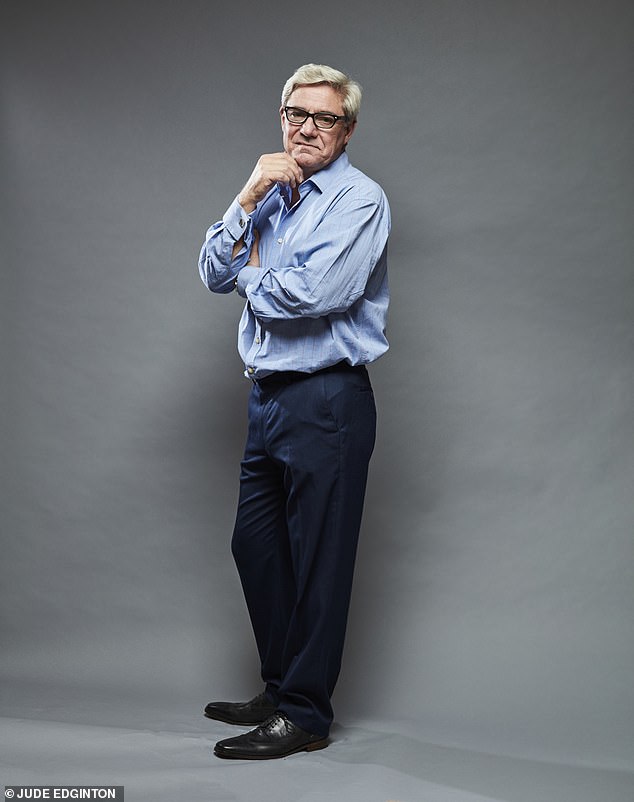 If the problem is that this group of chums always meet on a Friday, and have done for the last 20 years, well, tough, they’ll simply have to change that when it comes to your turn.

You’ve been together for 18 months, quite long enough to know if you are going to be compatible long term.

It is rather crunch time at your age. This is the moment to decide whether or not things are going to get more serious. Paramount in that decision, of course, is how happy your current partner makes you. You really do need to question if this person is going to make you happy in the future.

Your boyfriend sees that your work is more important to you then he is, and he does not like it. Well, I say he’s wrong. It’s entirely appropriate that you set more store by the career you’ve spent decades building than by a chap you’ve been with for less than two years.

He is behaving badly. It is all very ‘me, me, me’. You are being chastised for not being available when he finishes work. It is his friends you are letting down.

But what about his responsibility to you? He’s not respecting you and your commitment to your job. I have friends who work long hours, and there is an understanding from their partner that they will not be home until 8pm or 9pm.

That is simply the way their lives work. I dare say if they were asked to waltz out of the office to attend a dinner party in the middle of a crisis, they’d think their partner had gone stark staring mad.

That said, if you are constantly working so hard, it does seem reasonable to ask your boss for a little give along with the take. Maybe you could ask if it was possible to leave early at 6pm one day a week.

It would then be up to you how you spent that extra time. Perhaps you would like to spend it with this chap.

Or perhaps not. It seems to me that he’s being selfish and self-indulgent and failing to see the bigger picture. You should focus on that now. Is this how you want the rest of your life to look?

Only you know the answer to that one. Good luck in working out what it is that will make you truly happy.

If you have a question you’d like Steph and Dom to tackle, write to: [email protected] dailymail.co.uk