A couple’s wedding is traditionally supposed to one of the happiest days of their life – but that’s unlikely to be true for this angry groom and his bride.

Footage from a glittering wedding reception, believed to be in Azerbaijan, shows the increasingly grumpy groom finally lose his temper and shatter a champagne bottle after he drops the knife during the cake cutting.

Check this out  Man, 50, admits to killing property developer mother, 51, who was found dead at her home

The groom grabs the bottle from a guest and slams it onto the floor when he fails to spray all the revellers. A leg on the table supporting the three-tiered cake also snaps as the glamorous reception collapses into chaos. 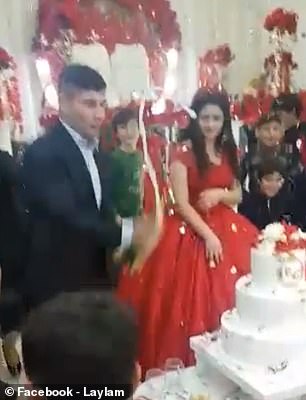 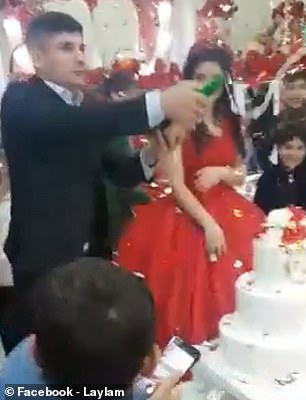 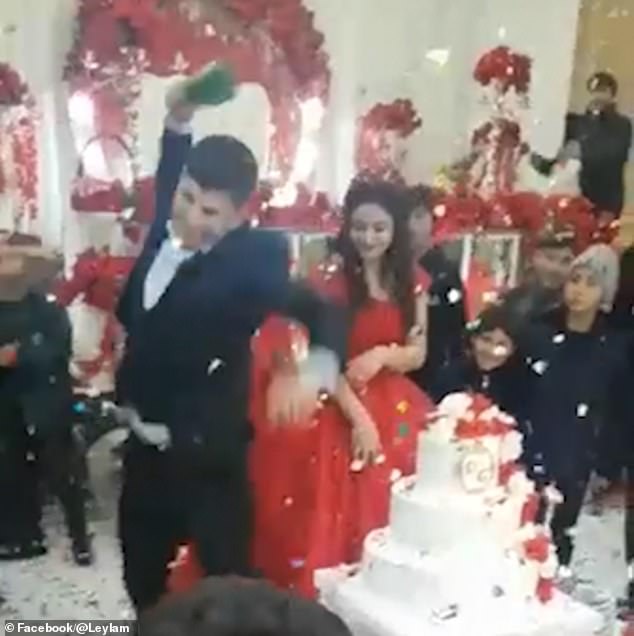 The video first shows the unnamed groom drop the knife during the cake cutting, causing the bride, wearing a scarlet gown, to break into giggles and members of the family to start whistling.

A woman then offers the unhappy couple a forkful of cake, which the groom clumsily feeds to his wife before having a piece himself.

In an attempt to lighten the mood, a family member then sprays the newlyweds with champagne.

Shocked by this, the groom grabs the bottle before trying to soak the guests with the alcohol.

But, when it runs out of bubbles too quickly, he loses his temper and slams the bottle onto the floor. 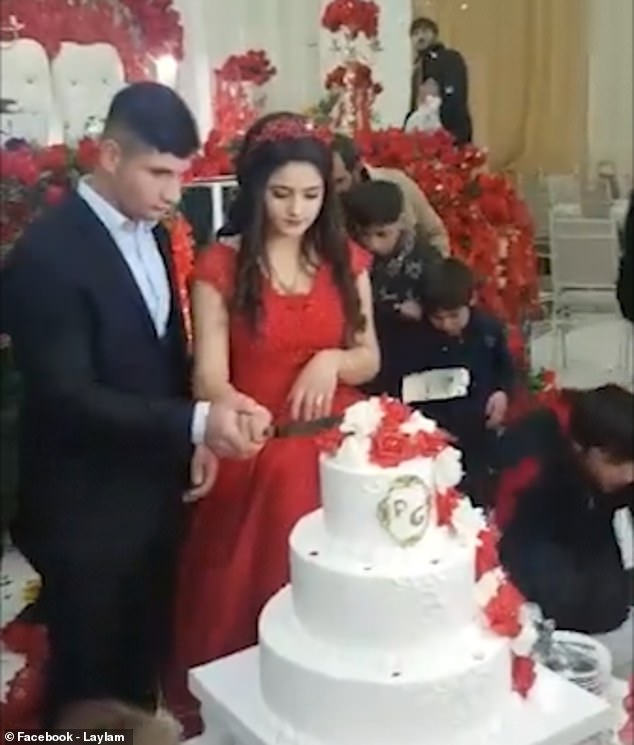 Children can be heard calling to their parents in shock as a leg on the table supporting the cake snaps and family members rush over to speak to the groom.

The video was posted on social media last night with the caption: ‘She’s a bad girl.’

The clip has been viewed more than 3.4million times, and commented on more than 28,000 times.

Viewers have called for the couple to divorce following their disastrous wedding reception.