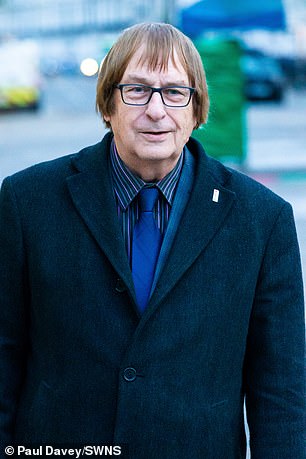 Pictured: Michael Hursey, the father of Rebecca Hursey, who took her own life in May

A ‘wonderful’ former teacher who suffered from a severe eating disorder took her own life while awaiting clinical decisions regarding her psychiatric care, an inquest has heard.

Rebecca Hursey was tormented for years by ‘constant intrusive thoughts’ about foods, fluids and vitamins, and routinely self-harmed after eating as she believed she was ‘feeding evil inside her’, her mother told Inner West London Coroner’s Court.

The 39-year-old, from Leicester, died after her third overdose attempt in just over a year, and was pronounced dead in the early hours of May 4 last year after suffering a cardiac arrest at St George’s Hospital in Tooting, south London.

She was found unwell on the morning of May 3 on the Avalon Ward at the Springfield psychiatric hospital in Tooting, where she had been an in-patient for five years.

Her parents Ruth and Michael Hursey, from Swindon, Wiltshire, attended the first day of her inquest on Tuesday, which is being heard by a jury.

They said she had made good initial progress at the specialist facility but then ‘fell off her food plan’ after the ward was refurbished in 2015 and the number of patients rose from 15 to 23.

Ms Hursey, who needed regular blood transfusions under restraint to treat her severe anaemia, was detained under the Mental Health Act in 2016 after a number of pain relief tablets were found in her room, the inquest heard.

Retired head teacher Mr Hursey said he and his wife grew to feel ‘completely abandoned’ by Avalon staff and said his daughter was left without her ‘only life line’ after being told regular sessions with her psychotherapist would be stopped in early 2018. 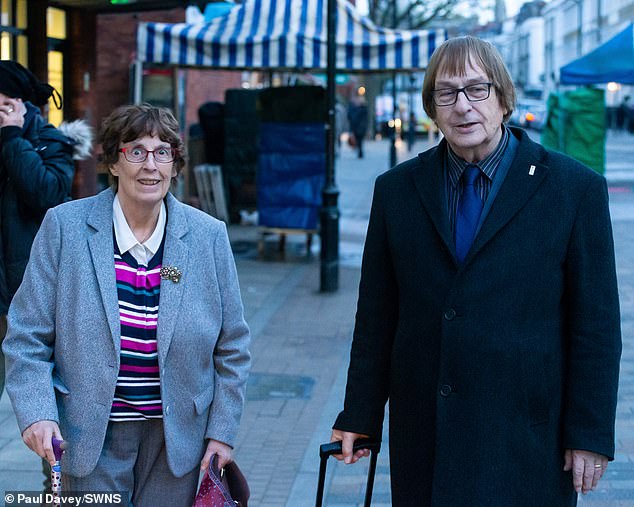 Check this out  Murray worries about rules during break during US Open...

Days before her death, a planned meeting regarding her future care was postponed by two weeks which the parents said they ‘really believe was the final straw for Rebecca’.

They added: ‘She was in pain and desperate for a decision to be made about next steps.’

Mrs Hursey said her daughter was a devoted church-goer, a ‘talented artist’ and a ‘wonderful teacher’ who had achieved a first-class degree in English and Psychology from Leicester University.

She said: ‘Rebecca was an extremely kind, thoughtful, bright, and talented lady. She had many close friends and maintained friendships in Leicester as well as making new friends.

‘Even during her time on the ward she tutored a young person through her psychology A-level.

‘Rebecca battled for many years with a serious atypical eating disorder as well as depression. She suffered from constant intrusive thoughts about foods, fluids, drugs, vitamins.

‘When taking these in, her thoughts would tell her she was feeding evil inside her. Only self-harm would give her some relief for a short period.’

The former teacher would try to put washing up liquid into her food in an attempt to decontaminate it, the inquest heard.

In 2017, Ms Hursey had attempted to take an overdose on two occasions, in March and November, and after the first attempt was diagnosed with multiple personality disorder.

The second attempt came after she was forcibly restrained by eight people to receive an iron transfusion, which she was ‘terrified’ of receiving due to her ‘phobia of pure nutrients’, Mrs Hursey said.

She added: ‘Losing Rebecca has deeply affected her family and friends.

‘We believe her death could have been prevented if she had received the right treatment for her complex mental health issues. We sincerely hope some lessons will be learnt.’

Mr Hursey added: ‘Rebecca was very hard working and tenacious. She created a welcome pack for patients, and renewed the signage for the ward.’ 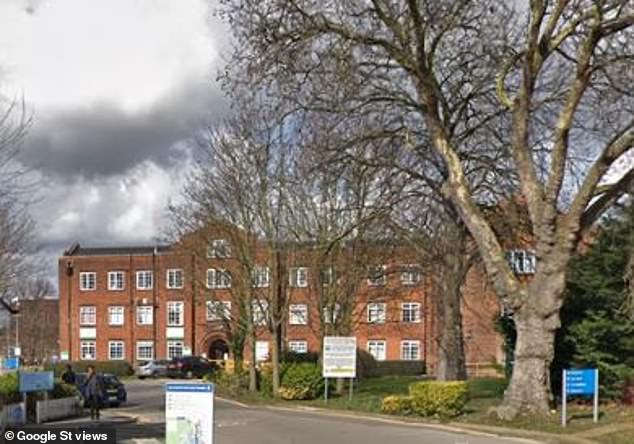 Ms Hursey received 10 years of treatment in Leicester from 2003, before she was transferred to the Avalon Ward at Springfield Hospital (pictured) in 2013

The court heard how Ms Hursey raised £30,000 to improve patient conditions at the Avalon Ward and wrote a paper titled ‘Food for Thought’ which she researched by talking to patients there, which was ‘published online’ and had ‘some good reviews.’

Her father said this was ‘for working effectively with patients which she researched on the ward by talking to patients.’

Ms Hursey suffered from a ‘serious atypical eating disorder’ and received 10 years of treatment in Leicester from 2003, before she was transferred to the Avalon Ward at Springfield Hospital in 2013.

The inquest heard Ms Hursey had been overweight in school and began dieting in Year Ten, but her parents later discovered she had been ‘throwing away her packed lunches.’

Mr Hursey said: ‘At University, Rebecca’s relationship with food became even more complex. She had counselling.’

Ms Hursey was diagnosed with an ‘Eating Disorder Not Otherwise Specified’ and had a blood transfusion due to her severe anaemia but ‘continued to make a life for herself’, her parents said.

She had to give up teaching in Leicester, where she received 10 years of treatment for her condition and was fully discharged in March 2012, it was said.

The following year, she began receiving treatment as a voluntary patient at the Avalon Ward where doctors agreed she needed a ‘bespoke plan’ the inquest heard.

She was given a plan to gradually expose her to food and became able to eat foods such as cucumber, crackers, cheese, peanut butter, and ‘even mac and cheese.’

In 2015, the ward was refurbished, patient numbers increased from 15 to 23 and there was a new dietitian.

The inquest heard the period coincided with health problems within Ms Hursey’s family, when her mother was diagnosed with bowel cancer and her father with prostate cancer and the early stages of dementia.

She was sectioned under the Mental Health Act in 2016 and a decision was made for her to receive an iron transfusion, despite her ‘phobia of pure nutrients’ after she stopped eating completely in May.

In October 2016, Ms Hursey was receiving regular blood transfusions ‘under constraint in order to keep her alive’ after she ‘stopped eating completely’ in May of the same year, it was said.

Mr Hursey said: ‘Rebecca had a wonderful sense of humour and created a satirical ward newsletter during her time at Avalon.

‘We cannot put into words how much Rebecca is missed by her friends and family.’

The inquest, due to run for 10 days, continues.

For confidential support, call the Samaritans on 116123, visit a local branch or go to the website www.samaritans.org