Sydneysiders have been warned to brace for dangerous conditions with a catastrophic fire danger forecast on Tuesday, sparking fears homes and lives could be lost.

After a horror few days in the state’s north where raging bushfires have claimed three lives and destroyed at least 160 homes, authorities say the worst may be yet to come and issued an unprecedented warning for the Harbour City.

With Sydney expected to reach a high of 37C on Tuesday, a catastrophic fire danger is forecast for the greater Sydney and greater Hunter regions – including the Blue Mountains and the Central Coast.

It’s the first time a catastrophic fire danger has been in place for Sydney since new fire ratings were introduced in 2009. 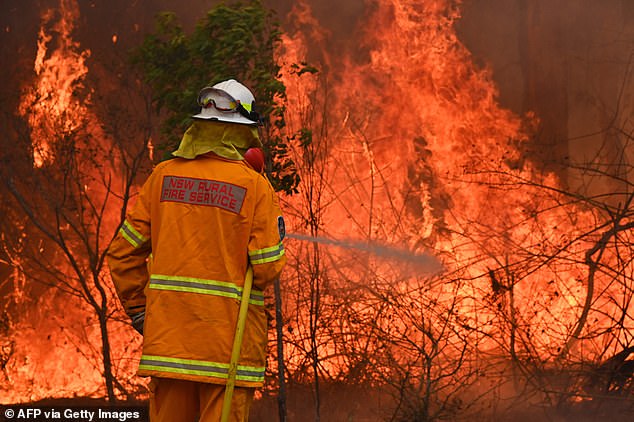 ‘Catastrophic is the highest level of bush fire danger. Homes are not designed to withstand a fire under these conditions.

‘If a fire starts and takes hold during catastrophic fire danger conditions, lives and homes will be at risk.’

Residents are warned to prepare to evacuate early and head to town centres and other safe places on Monday and not wait until the last moment on Tuesday. 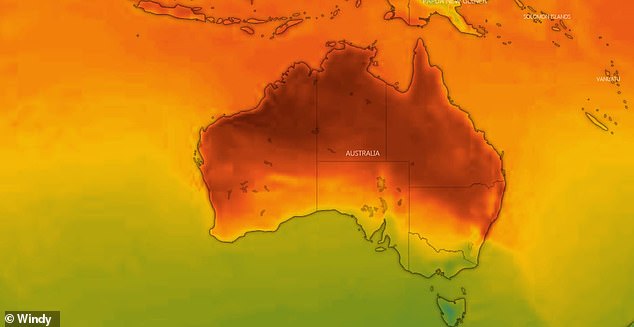 ‘For your survival, leaving early is the only option,’ the NSW RFS website states.

‘Leave bushfire prone areas the night before or early in the day – do not just wait and see what happens.

‘Start making arrangements now.If you are unable to leave, identify a safe location which may be nearby.’

While NSW Premier Gladys Berejiklian described the conditions forecast for Tuesday as ‘dire’, the RFS described the threat of lives and homes being lost as ‘very real.’

‘We’ve got big population centres covered by that catastrophic fire danger – but also up on the north coast where we’ve simply got a lot of fires burning at the moment, those fires have got a real potential to run and impact on lives and properties,’ spokesman Anthony Clark told the ABC. 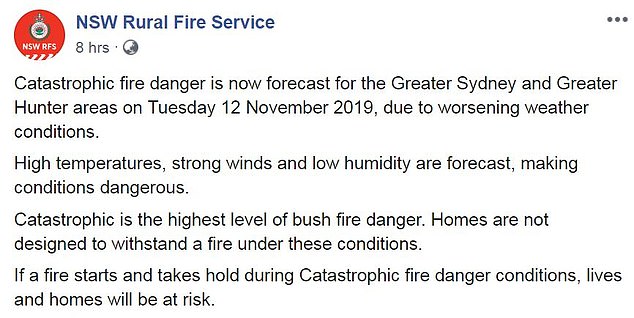 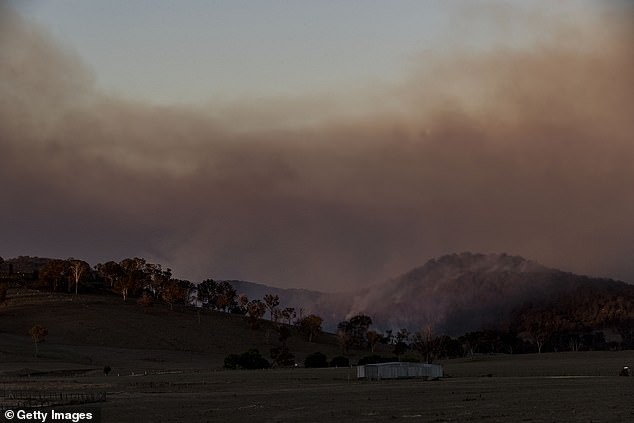 It’s been a horror few days in the state’s north, where raging bushfires have claimed three lives and destroyed at least 160 homes. Pictured are the bushfires near Glen Innes on Sunday

Large areas of the state are also predicted to see ‘severe and extreme fire danger.’

‘This includes in the north coast and northern NSW areas, where there is a large number of fires already burning. These fires will not be contained in time and will threaten lives and properties,’ the RFS warned.

A statewide total fire ban has been declared for Monday and Tuesday.

‘We are ramping up for probably another 50 trucks full of crews to be deployed into NSWon Monday night ahead of conditions on Tuesday, NSW Rural Fire Service Commissioner Shane Fitzsimmons told reporters

‘We have seen the gravity of the situation unfold… What we can expect is those sorts of conditions to prevail across a much broader geographic area as we head into Tuesday.’

Moisture levels of trees and shrubs around Sydney are lower than during the Black Christmas fires of 2001, according to Hawkesbury Institute for the Environment fire researcher Rachael Nolan.

‘We already knew it was going to be bad’ even before Tuesday’s declaration of ‘catastrophic’ fire dangers for the Sydney and Newcastle regions, Dr Nolan told the Sydney Morning Herald.

‘What this means is that there’s lots of dead leaves on the trees and sitting on the surface of shrubs and on the ground. These dead leaves make the vegetation as a whole very dry, and therefore highly flammable.’ 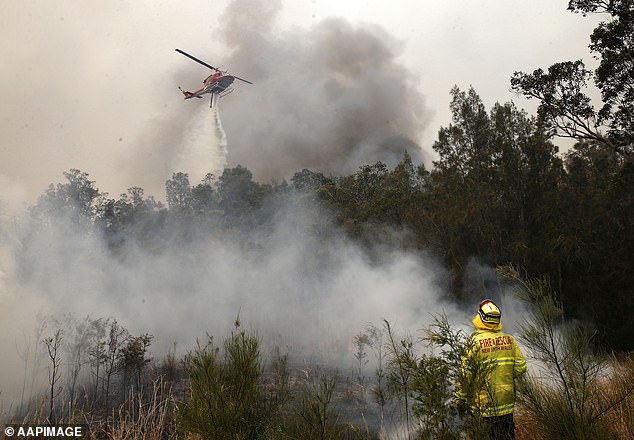 NSW RFS has described the potential threat of more lives and homes being lost on Tuesday as ‘very real.’ Pictured are firefighting efforts in Old Bar on the NSW mid north coast

More than 60 bush fires continued to burn across the state on Sunday night as conditions eased, with all of the blazes at ‘advice’ and ‘watch and act’ alert levels.

Just under half are still not under control.

‘We’re simply not going to contain many of those fires before the bad conditions do hit on Tuesday,’ Mr Clark told ABC.

Schools in identified high risk areas will be closed and the RFS advises those in the areas of catastrophic fire danger to avoid bushfire-prone areas.

More than 40 schools in NSW will also be closed on Monday due to the impact of the fires in the state’s north.

Parents, carers and staff should not put themselves at risk by travelling if in doubt about whether their school will be open, the department said.

Education Minister Sarah Mitchell said students sitting their HSC should contact their school if unsure if exams will occur, or if it is unsafe for them to get to an examination venue.

‘Students unable to attend an examination due to the bushfires will not be disadvantaged,’ she said in a statement. 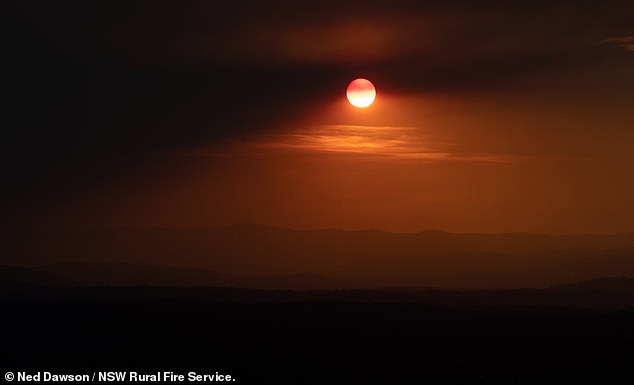 The bushfires tragically claimed life of dairy cattle farmer Julie Fletcher, 63, whose body was found in the burnt out remains of her Johns River home near Taree on Saturday afternoon.

She had her car packed with possessions, ready to evacuate but didn’t make it out in time.

Grandmother of six Vivian Chaplain also died while trying to save her Wytaliba property more than 400 kilometres away near Glen Innes while the body of another local, George Nole, was found in a burnt-out car on Saturday morning.