Tapping a beer can that has been shaken up will NOT stop it fizzing over when you open it, new study finds

Tapping a can of beer in an attempt to stop it fizzing over when you open it ‘does not work’ according to researchers in Denmark.

It has long been thought that tapping a can of beer moves bubbles from the side to the top of a can where they won’t push out the beer in an explosion when it is opened.

Health Economics scientists from the University of Southern Denmark wanted to find out the best way to ‘prevent or minimise beer loss’ from a shaken can – and work out if the old hack actually has any effect at all.

To test the theory, the researchers created a randomised trial involving shaking 165 cans of Carlsberg beer and leaving 165 unshaken then asking volunteers to tap half the cans in each group.

They found ‘no significant difference’ between the amount of beer lost from a shaken can that had been tapped and one that hadn’t been tapped.

Instead, the team says the best solution to avoiding beer loss from a shaken can is simply to patiently ‘let it settle for a while’ before opening it. 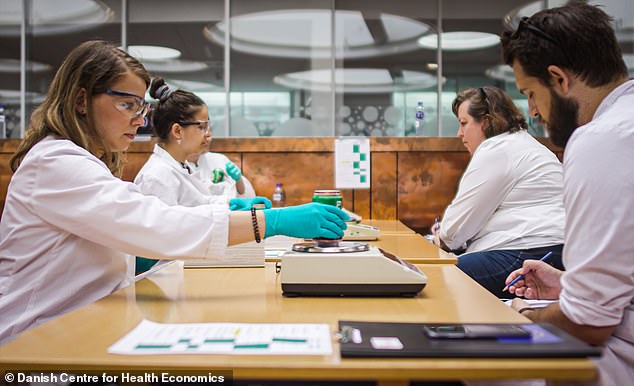 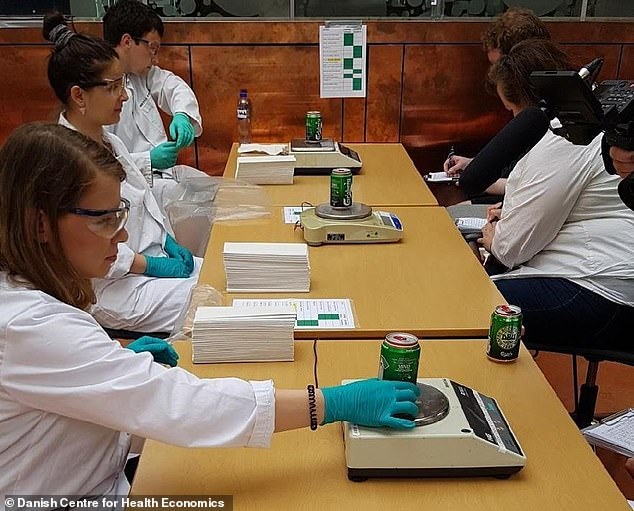 Carlsberg donated 330 cans for the study but had no input into the study itself and didn’t fund the research. Scientists weighed every can before and after opening to see how much beer was lost as a result of being shaken

Requiring people to wait while a can of beer settles could also have public health benefits, says project lead and public health expert Elizaveta Sopina.

‘Beer drinkers who might mistakenly consider tapping cans to be a way to reduce beer loss may be convinced to slow down drinking while letting the beer settle.

‘Promoting the message that slowing the rate of consumption minimises waste, it is conceivable to suggest both improvements in the efficiency of beer consumption and reduction in alcohol-related harm.’ 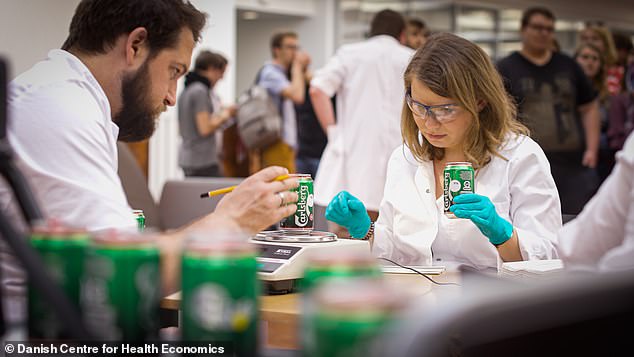 The study involved shaking half of the 330 cans to see whether ‘flicking the side’ would have any impact on the amount fizzing out when the can was opened. Researchers gave the beer not spilt in the experiment to students

The fact tapping doesn’t work could be down to the barley proteins in beer which act to stabilise bubbles and may be preventing them from rising to the top of the can, according to Dr Sopina.

‘Preventing and minimising beer loss when opening a can of beer is socially and economically desirable’, said Dr Sopina from the University of Southern Denmark.

‘One theoretically grounded approach is tapping the can prior to opening, although this has never been rigorously evaluated. We aimed to evaluate the effect of tapping a can of beer on beer loss.’

‘Being a scientist, I always wanted to know whether it actually has an effect’, she told the New Scientist.

The study involved 330 identical 1.7pint cans of Carlsberg, who supplied the cans but didn’t fund the experiment or have any input into its methods or analysis.

Check this out  After a huge spike in severe reactions linked to cleanliness, an answer could finally be at hand

The shaken cans were put on a mechanical shaker for two minutes to simulate what it would be like had they been transported on a bicycle.

The cans were weighed before and after being opened to get an idea of just how much beer had ‘been wasted’.

The shaken cans lost about 0.12oz and the unshaken only lost 0.017oz when opened.

‘There is likely to be individual variability around how much importance is placed on this amount of lost beer’, says Dr Sopina.

‘Our study suggests that one whole can of beer can be preserved by allowing approximately 100 shaken cans to settle.

‘Post-secondary students, economists and other frugal beer enthusiasts are likely to find satisfaction in this fact.’

She said since tapping does not affect beer loss, the only known remedy to avoid spillage is to wait for the bubbles to settle before opening the can.

Dr Sopina and her team hope to study whether tapping works in other carbonated drinks as well as how much ‘settle time’ is required for different levels of shaking.

Beer not lost after cans were opened was given to staff and students.

The research has been published on arXiv.

WHEN DID HUMANS START DRINKING BEER?

Humans have had a long history of consuming alcohol.

It is believed the primitive cultures of Mesopotania could have been brewing malted barley scraps as far back as 10,000BC but there are no records of it.

The earliest proof of beer-drinking dates back to Northern China 9,000 years ago.

This ancient brew was made using hawthorn fruit, Chinese wild grapes, rice and honey, and is the oldest known fermented beverage in history – older even than wine.

The earliest proof of beer-drinking dates back to Northern China 9,000 years ago

To make it the corn was milled and moistened in the maker’s mouth to convert starches in the corn into fermentable sugars – before it was ‘spat’ into the beer.

Throughout history, the consumption of alcohol may have helped people become more creative, advancing the development of language, art and religion.

This is because alcohol lowers inhibitions and makes people feel more spiritual.

It is believed the Egyptians started brewing beer around 5,000BC, according to the papyrus scrolls.

They were brewing things like dates, pomegranates and other indigenous herbs.

At around 3150 BC, the Egyptians used industrial-scale breweries to provide beer for the workers who built the pyramids of Giza.

Eventually beer made its way from the Middle East to Europe where an abundance of barley crops provided lots of raw ingredient for brewers.

Experts have now found evidence of brewing in Greece during the Bronze Age.

Researchers believe that these prehistoric people enjoyed getting merry with alcoholic drinks for feasts all year-round and not just when the grapes were ripe.

Not only was it considered nutritional it was also a safe alternative to drinking water.

It was in the Middle Ages that malted barley became the main source of fermented sugar and beer became the beverage we are familiar with today. 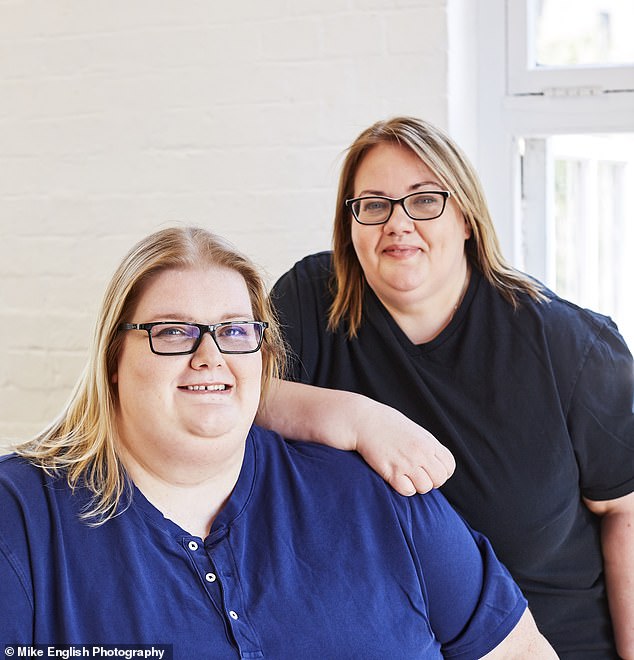 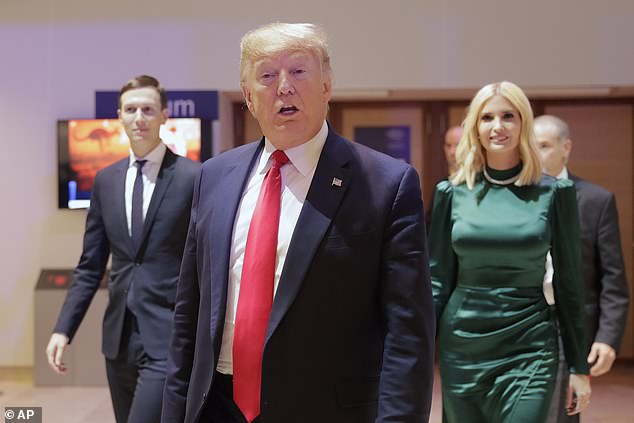 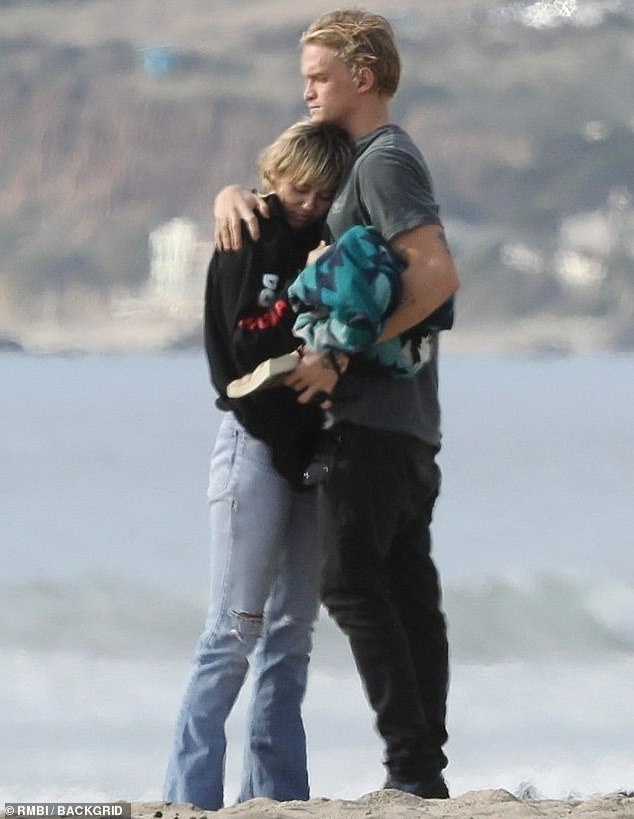 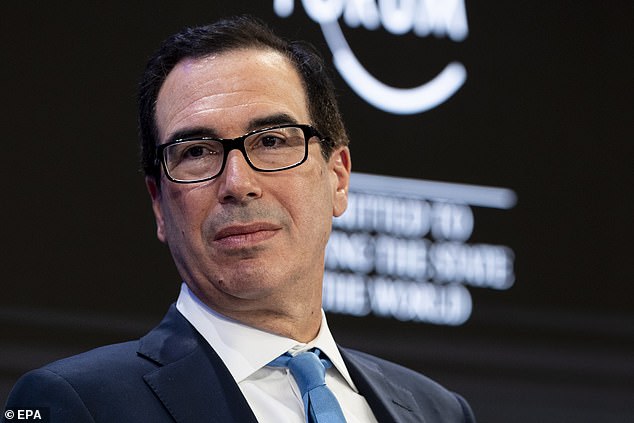 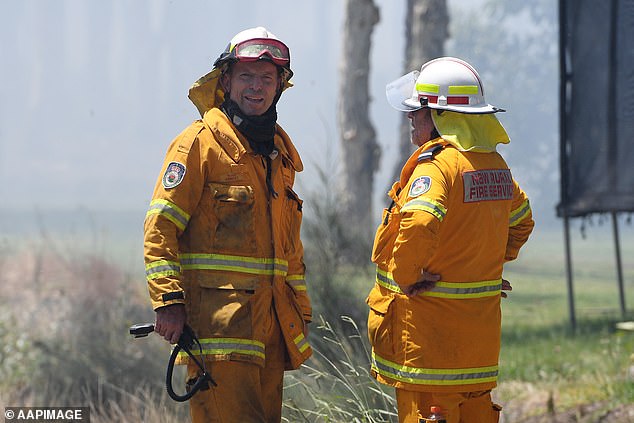