An Ohio teen found guilty last week of brutally murdering his father’s longtime, live-in girlfriend has been sentenced to at least 28 years in prison.

Donovan Nicholas, now 16, was sentenced on Tuesday Champaign County Common Pleas Judge Nick Selvaggi to life with no chance for parole for 25 years.

Nicholas also received a mandatory three years in prison because he used a gun in killing 40-year-old Heidi Taylor in April 2017. Nicholas will have to serve at least 28 years before he is eligible for parole.

Taylor’s daughter, who was present in the courtroom for the sentencing, told the judge that she did not want Nicholas to ever be released from prison because ‘he can never be trusted again,’ the Columbus Dispatch reports. Donovan Nicholas, now 16, was sentenced to at least 28 years in prison for the murder of his ‘mom’ Heidi Taylor. Nicholas is pictured during a 2017 court appearance in Ohio 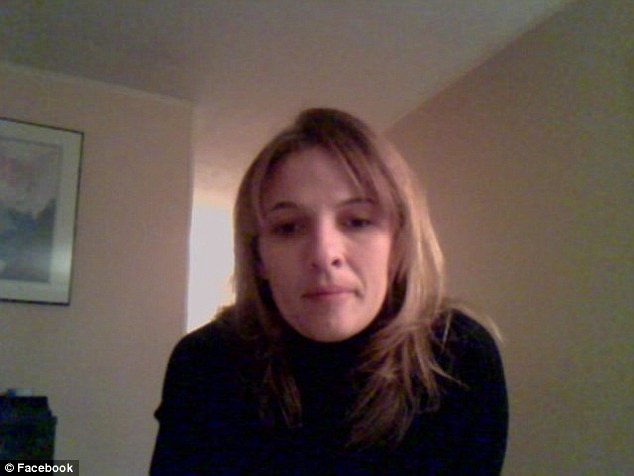 Nicholas stabbed Taylor more than 60 times on April 6, 2017 and then shot her in the head with his father’s gun. Nicholas blamed it on his alternate personality ‘Jeff’

A jury found the teen guilty of murder and aggravated murder last Wednesday. Nicholas, who was 14 when he committed the crime, has maintained his innocence saying that his second personality named ‘Jeff’ killed Taylor.

Judge Selvaggi, however, was not buying it and said in court on Tuesday that Nicholas had a resentment and anger towards Taylor, who the teen referred to as his mother, and decided to kill her after she took his cellphone away preventing him from contacting his girlfriend.

According to prosecutors, Nicholas hid behind a door at his father’s Valley Pike home on April 6, 2017 and attacked Taylor with a knife when she came downstairs. A coroner determined that Taylor had been stabbed more than 60 times.

She fought back and ran upstairs but Nicholas chased after her grabbing a gun from his father’s nightstand and shooting her in the head.

Nicholas then called 911 telling the dispatcher that his alternate personality ‘Jeff’ killed Taylor. Authorities said Jeff was modeled after an internet horror character known as ‘Jeff the Killer’. 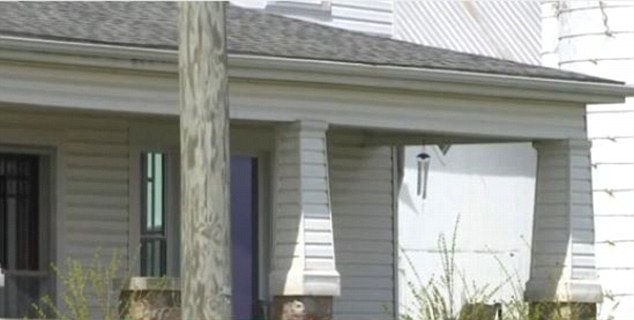 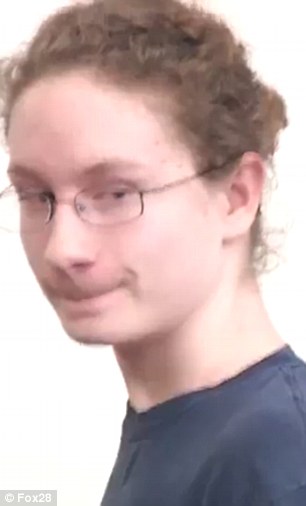 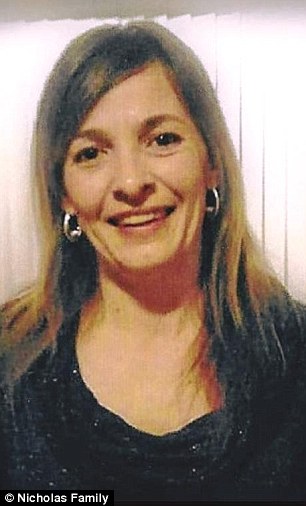 ‘This is going to be really hard to explain but I kind of have another person inside me. I hate Jeff so much… he is going to make me die in prison’.

He went on: ‘It wasn’t me who killed her. It was Jeff. I’m sorry, this will come out really hard to explain.’

When Nicholas was arrested outside the home, he again told officers that it was ‘Jeff’ who killed his father’s girlfriend.

He said that ‘Jeff snapped’ because he was tired of Taylor and that she used drugs.

Nicolas said that after attending school for the day, and while he was cleaning his room, ‘Jeff’ took over.

Law enforcement noticed blood stains throughout the home — in the living room area, kitchen, up the rear stairs off the kitchen and into the victim’s bedroom.

A bloody knife was also recovered from the residence along with a pistol from a bedroom.