Chloe Bradley, leaving Bolton Crown Court, yesterday, pleaded guilty to arranging the commission of a child sex offence and was given 22 months jail suspended for a year

Chloe Bradley, then 17, messaged 27-year old Anthony Roscoe about a rendezvous and then escorted the young girl to his home where he took it in turns to have sex with both of them.

Police got involved when a passing patrol became suspicious when they spotted the girls leaving Roscoe’s home at 5.30am the following morning.

Bradley’s phone was examined and found to contain conversations between herself and Roscoe.

When detectives quizzed him about the incident he said: ‘When somebody hands you the Holy Grail, you’re going to grab it, aren’t you.’

In a statement the victim, now 14, who was missing from home at the time of the incident said: ‘I feel numb about what happened and I don’t know how to feel about what’s happened to me. It’s changed me mentally, I don’t sleep and I have flashbacks.

‘Its made me more aware of men and I don’t let anyone touch me. I feel there is no point going to school.

‘I kind of hate Chloe Bradley and I feel different towards her. I’m just getting through one day at a time. I was relieved when they pleaded guilty as I don’t know what I would have done.’

At Bolton Crown Crown Bradley, now 19 who lives with her grandparents in Wigan, Greater Manchester pleaded guilty to arranging the commission of a child sex offence and was given 22 months jail suspended for a year. 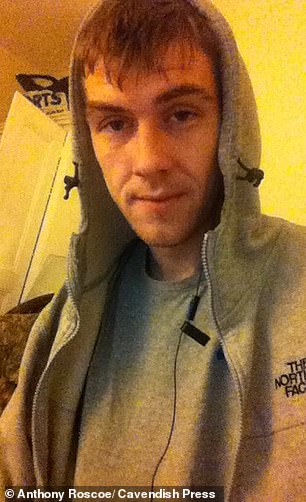 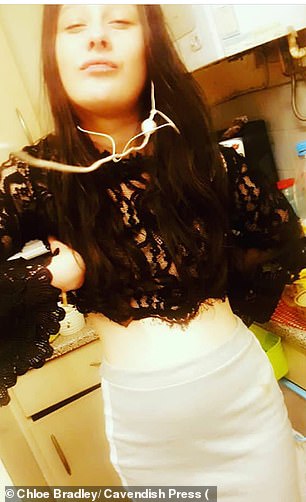 She also ordered to wear an electronic tag for three months and sign the Sex Offender Register for ten years.

Roscoe now 29, of St Helens, admitted rape and was jailed for four years.

Check this out  Quick as a parrot! Cheeky macaw swoops down and hitches a ride on cyclist's back

The incident occurred in August 2017 whilst the victim had been living with her father. Bradley had been served Child Abduction Warning Notice over fears about her previous contact with the victim.

Prosecutor Simon Blakebrough said: ‘The girl in question does look and act significantly older than her age of 12.

‘Her dad would say she would wear make up and older clothes to make herself appear older than she was.

‘The father noted her behaviour began to deteriorate when she began to socialise with Chloe Bradley and she began to go missing regularly from home.

‘He was worried she was being exposed to drugs and alcohol and in fact she did attend many parties with Chloe Bradley prior to these offences, and she did take drugs. She was noted to be vulnerable to sexual exploitation.

‘Roscoe had not met the girl prior to this date and there was no mention of age between Chloe Bradley and Anthony Roscoe within their communications. He does say to Bradley ‘not to bring any kids’. 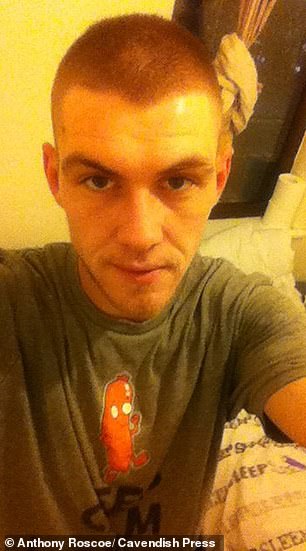 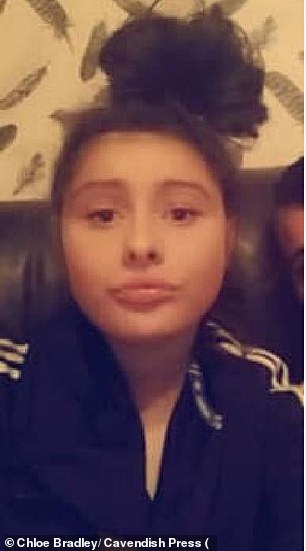 Roscoe (left), now 29, of St Helens, admitted rape and was jailed for four years. Bradley (right) pleaded guilty to arranging the commission of a child sex offence and was given 22 months jail suspended for a year

‘They both left the address in the early hours and both were picked up by a police officer at 5.30am.’

Initially both girls told police Roscoe had forced himself on them but police charged Bradley after uncovering the messages on her phone and that of Roscoe’s.

The prosecutor said: ‘There was a significant amount of highly sexualised chat and discussion over a period of several days, which occurred mainly over WhatsApp and Facebook Messenger.

‘ He was enthusiastic at that prospect.

The prosecutor added that some of the messages between Bradley and Roscoe had been deleted.

He added: ‘Roscoe was arrested at his flat that morning at 10am. He was cautioned and he made many comments denying the allegations, saying they made him ‘feel sick’.

‘He said he had not met the complainant before, but he knew Bradley for about two months and had had sex with her before.

‘He said Bradley told him she was 17. He said he first started kissing Bradley which led on to them having sexual intercourse.

He said he also had sexual intercourse with her, he said this went on for a short time.

‘He said afterwards, they lay on the bed watching a film and Bradley and the complainant left at 4.30 and he went to sleep. Bradley said she did not tell Roscoe how old the complainant was.

‘The complainant has made a series of other allegations in relation to other defendants over the course of 2017 and 2018 which were investigated by the police. But in further investigations, much of what she said was inconsistent and implausible with other evidence.’

In mitigation for Roscoe, Michael Hagerty said: ‘He believed the complainant was 16 and the sexual activity was with ostensible consent. The defendant accepts this is a case that crosses the custodial threshold.

Check this out  Schools threaten to scrap Friday afternoon lessons to a 4.5-day week to save cash

‘Both Bradley and the complainant went to the defendants house, rather than the other way round. It’s clear both were of the clear intention of having sex with the defendant.

‘There is no evidence of grooming, and there is no evidence she was a virgin. He denies a sexual interest or attraction to children. He is single and living with his mother, who has significant difficulties with her mental health.’

In mitigation for Bradley who has been in custody for almost six months, Paul Woods said: ‘She was 17 when the offences were committed. Her functional age and her emotional and cognitive behaviour are described to that of a 10 year old.

‘She is a very vulnerable individual. She is targeted in prison because of the nature of the offences, she is highly vulnerable and an easy target. She describes being threatened and being called a ‘nonce’ and says ‘it’s horrible’.

‘He responded asking if she was being serious and then said ‘I’m game’. You, Roscoe, say you believed the girl to be 16 and it was with her ostensible consent – however, a child under 13 cannot consent to intercourse.