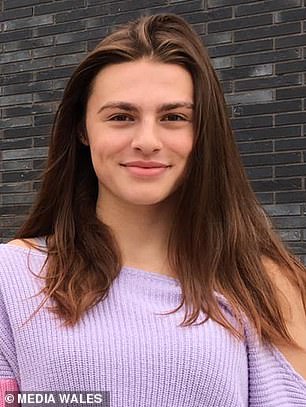 Over the moon: Cai Wynne Williams, 16, is celebrating her top exam results at Cardiff High School after she started transitioning gender during her GCSEs

A teenager who spent her GCSE years transitioning to a girl is celebrating her excellent results.

Cai Wynne-Williams, 16, began the transition in Year 8, shortly before she started studying for GCSEs at Cardiff High School in Wales.

The school adapted their uniform policy, established unisex toilet facilities, and set about educating staff, pupils, and parents about transgender identities after she told them.

Cai is celebrating picking up six A* grades, two A grades and a B, as well as Welsh Baccalaureate and Additional Maths this week.

The teenager, who started at Cardiff in Year 7, said she credits her school, classmates, and teachers for supporting her through the last two-and-a-half years, and helping her achieve her potential. 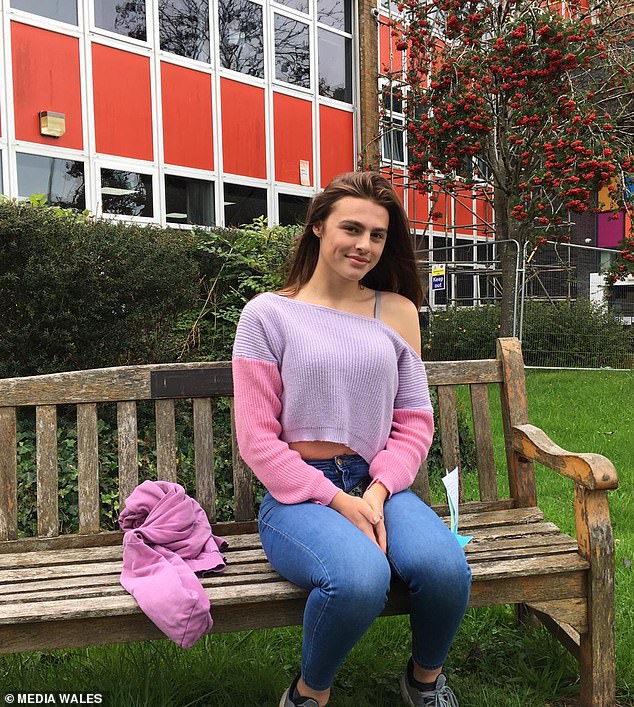 She started to realise she was transgender at 13 years old and said when a friend came out as gay it ‘really helped me figure out my way around it’.

Cai said: ‘I have always kind of been a bit different. I have always played with girls’ toys, when I was younger I would dress up in girls’ clothes but I never really thought about it.

‘It was around Year 8, towards the end, that I realised this is probably who I am but I hadn’t come out in school, come out to anyone apart from my friends.’

Cai said she initially came to her deputy headteacher, Allison Yarrow, to ask if she could change to wearing the girls’ school uniform. She was also keen to start attending girls’ PE lessons. 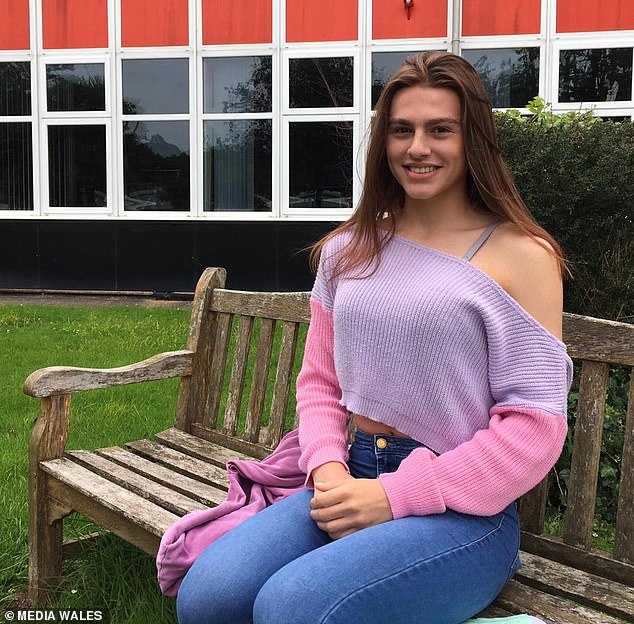 They started by letting Cai join girls PE lessons and wearing their uniform – and now the 16-year-old is planning to stay on to study Chemistry, Biology, Maths and Drama at A Level

But the school decided to change many more policies over the holidays to help Cai feel more comfortable – including a change to their gendered school uniform colours, introducing unisex toilets and more guidance for teachers.

Check this out  TOM PARKER-BOWLES: I just can't stomach a meat-free butcher

Cai said ‘everyone has been very welcoming’ and most of her peers have had no problem with it.

She added: ‘The staff have been amazing here. They don’t mention it, it isn’t a thing.

‘I had a few issues, but it was nothing huge and it was really quickly resolved.

Although Cai has always been a high-achieving pupil, her school work suffered for a short period during the transition.

Cai said: ‘There was a bit of a rough spot in maths and a couple of things.

‘I think that was when I was really just not confident and not at ease. I wasn’t getting the best results.

‘I was lot more focused on other things than revising and bothering with tests. I was a bit too in my own head I think. It has been a huge difference in me. I feel so much more at ease.

‘At the start I had short hair, I was wearing boys’ clothes and it was something heavy on you all the time and you always felt uncomfortable.

‘Where I am now, I feel so much more comfortable in every day life than I did a year ago.’

She is a creative pupil and has taken part in some of the school’s musicals, including parts in Phantom of the Opera, Miss Saigon, and My Fair Lady.

Cai is now planning to stay on at Cardiff High to study Chemistry, Biology, Maths and Drama at A Level.

The teenager said: ‘I have been seeing doctors and getting help throughout all of this.

‘I would say I was around midway. I have come through opening up to everybody and I’m comfortable with who I am, but I am definitely not finished on this journey. I definitely have a long way to go.”

The school’s deputy head Allison Yarrow is responsible for wellbeing and achievement.

Ms Yarrow said: ‘We pride ourselves at Cardiff High School at being an inclusive school and we like to think that the level of support demonstrated by staff and students alike has contributed to Cai’s success and happiness.’