A tenant from hell caused £20,000 worth of damage to a landlady’s rental property and turned it into a drugs den – but it still took six months to finally get him evicted.

NHS worker Jean Fox, 61, stopped receiving rent from the tenant of her former marital home in Bentilee, Stoke, in October 2017 and began hearing from neighbours about drug use, fights and police raids.

She started legal proceedings a month later, but due to county court delays it took until April 2018 to finally get an eviction order – and by then the property had already been ‘destroyed’. 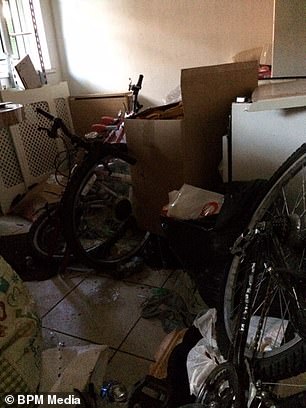 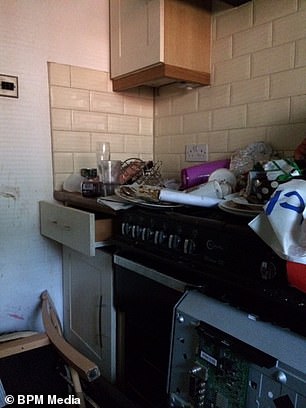 NHS worker Jean Fox, 61, rented out her former marital home in Bentilee, Stoke, to a nightmare tenant who caused £20,000 worth of damage (pictured)

Mrs Fox was even more annoyed after recently discovering the man is now serving a prison sentence for motoring offences.

She lived in the house with her late husband Clive since 2004 and decided to rent it out in 2014 when she moved in with her then-partner in nearby Werrington.

‘I was friends with my tenant’s mum and she was his guarantor,’ she said. ‘He had a job and I saw wage slips and certificates. I had no concerns about him and at first everything was fine.

‘Then things started to escalate. Neighbours told me about all sorts of things going on in the house – drugs, fighting, cars always coming and going, people going in and out at all hours.

‘There were police raids as well as loud music, banging, shouting and screaming inside the property.’

Mrs Fox went to the police for help but was told to consult the council because it was anti-social behaviour. 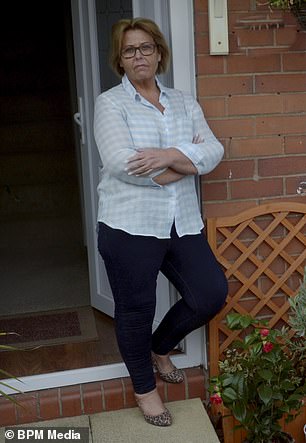 Check this out  Leicester snap up £13.5m Filip Benkovic with Harry Maguire set to stay

Mrs Fox started legal proceedings a month later, but due to county court delays it took until April 2018 to finally get an eviction order – and by then the property had already been ‘destroyed’

‘The council said I should go to the police – I was also batted back and forth between Crimestoppers and the police,’ she said.

‘I was treated like a joke. The house was being used as a drugs den but nothing was done about it.’

One neighbour called it a ‘living nightmare’ when the tenant was at home.

‘When he first moved in he was alright,’ she said. ‘Then his attitude changed and it all went from there.

‘It was an absolute nightmare – I virtually had a nervous breakdown. He absolutely wreaked havoc.

‘We were phoning the police all the time but we knew nothing would be done. He was arrested several times but was always back out in no time.’

Mrs Fox inspected the house and was devastated by what she found.

‘It was a beautiful house and I was watching it being destroyed,’ she said. ‘The disrespect was disgusting, it was a cesspit. Every door and every wall was bashed. Everywhere was filthy and it stank. There was damp and mildew and graffiti on the walls.

‘The front door was held together by bits of wood because it had been broken by police doing raids. There were cannabis pots and a tent, bongs and other drugs paraphernalia left.

‘The electricity meter was tampered with, the kitchen and the bathroom were wrecked. It made me physically sick. I had to completely redo the whole house.’ 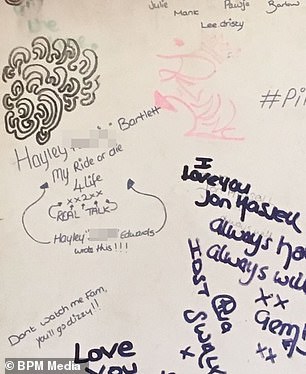 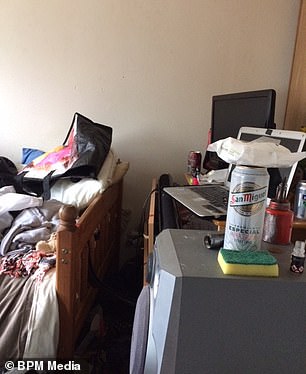 Check this out  The Brit is back! Andy Murray goes 2-1 up as he makes his return to grass 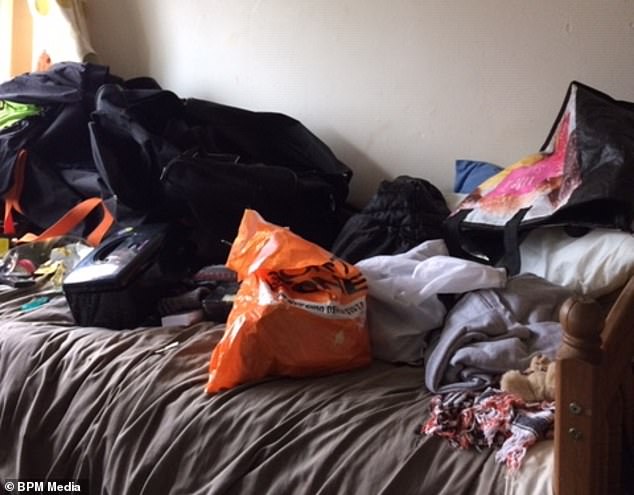 One neighbour called it was a ‘living nightmare’ when the tenant, who had a criminal record, was at home

The eviction proceedings cost several thousand pounds and Mrs Fox has had to spend £20,000 renovating the house, where she now lives again.

‘I will still be paying the loan off when I retire,’ she said. ‘The system needs to be shaken up. People always talk about nightmare landlords but it needs to be highlighted that this is what can happen to good landlords.

‘It was a living nightmare and it pushed me to the limit.

‘Why was he allowed to flout the law? I gave the police all the information but nothing was done.’

Staffordshire Police said officers had been ‘limited with the action they could take’ in respect of the complaints about activity at the house. Jean says she has not received an apology from the force.

A spokesman said: ‘Concerns around drug use and anti-social behaviour at this address were brought to the attention of the local neighbourhood policing team who worked alongside the owner of the property, who had rented it out.

‘A number of search warrants under the Misuse of Drugs Act were carried out during early 2018.

‘There were not any significant results and unfortunately the people who reported the complaints did not wish to provide any further details. 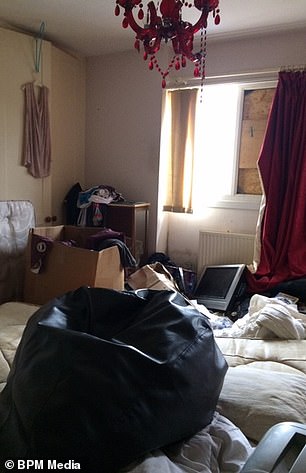 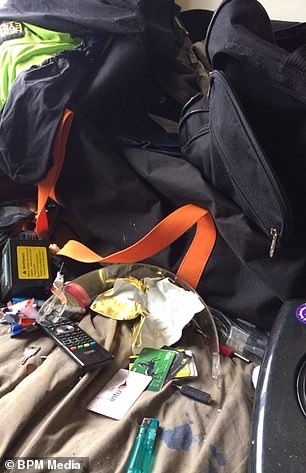 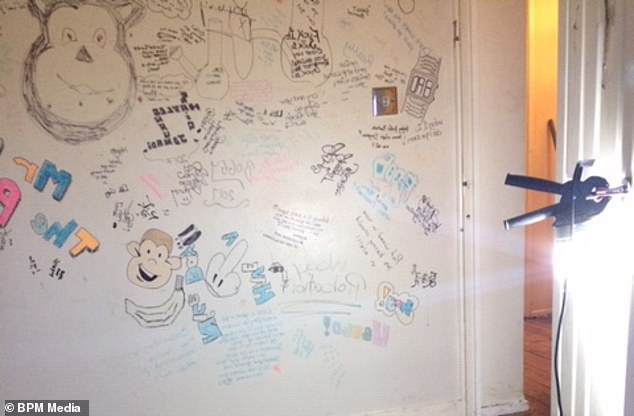 More graffiti on the property’s walls, which included cartoon-like illustrations and crude comments

Due to this, officers were limited with the action that they could take at the time and we understand that the tenant was later evicted.

‘In September 2018 a neighbourhood sergeant met with the property owner to discuss the matter and offered an apology for any disappointment caused during the process while the property was rented out.’

A spokesman said: ‘Alongside the police, we worked closely with Mrs Fox to try to resolve the situation with her tenant and his visitors after she reported the associated anti-social behaviour to us.

‘Mrs Fox was advised of the different legal options available to her – including a house closure notice, which would mean the property would have been taken out of her hands for up to six months.

‘Mrs Fox chose to try to evict her tenant through the courts instead, and she was supported throughout this process.

Mrs Fox said she rejected the closure order option because she would have been hit with a criminal record and a £7,000 fine for allowing the behaviour to go on at the property. 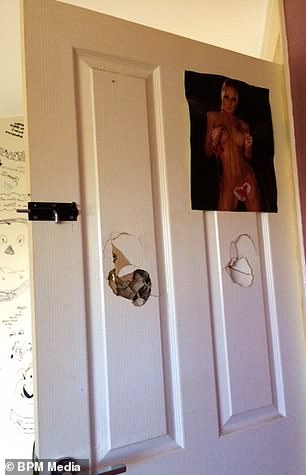 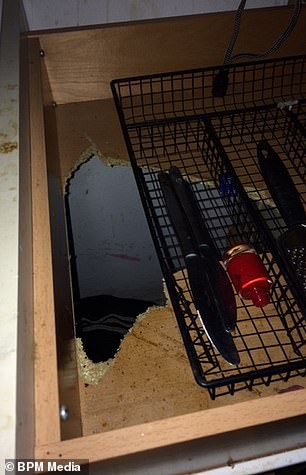 Mrs Fox was frustrated that it took so long to kick out the tenant, despite the damage he caused 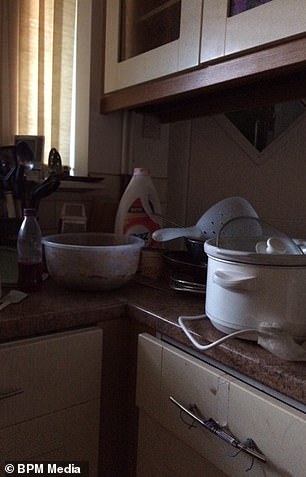 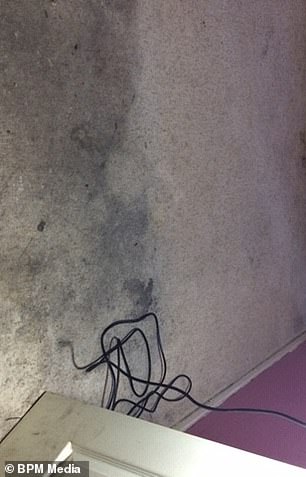 The trashed kitchen (left) and a stained wall with wiring that was left loose. In total the damage cost £20,000 to repair