We know politicians come up with some dodgy numbers. But even by the standards of modern politics, it’s impossible to exaggerate how shoddy the numbers trotted out by John McDonnell yesterday are.

The dossier produced to support Labour’s plan to ‘put a stop to rip-off Britain’ claims that since 2010, bills for the average household have become £5,949 higher. It also claims that under Labour, they would fall by £6,716.

For example, £1,915 of the ‘Tory cost’ and £2,194 of the ‘Labour savings’ comes from Jeremy Corbyn’s promise to slash rail fares by a third (taking the money from the road repair fund). 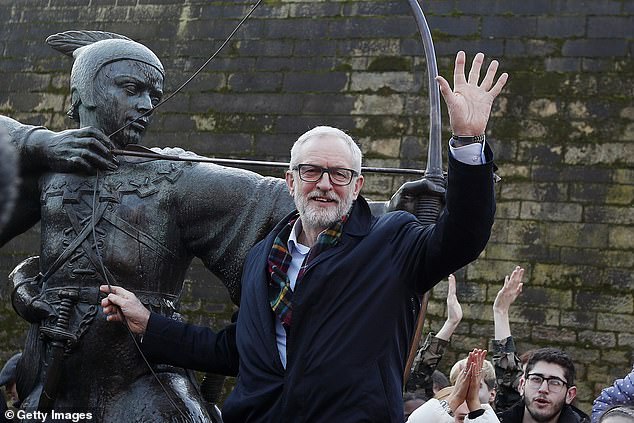 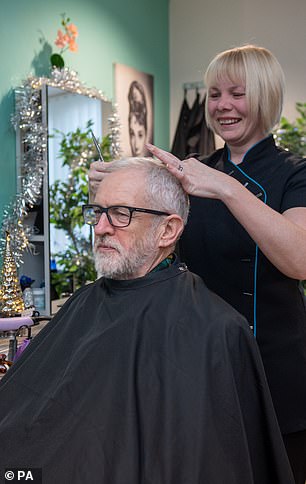 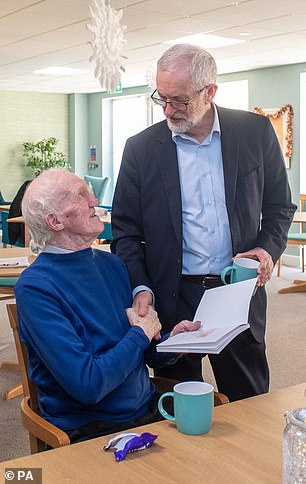 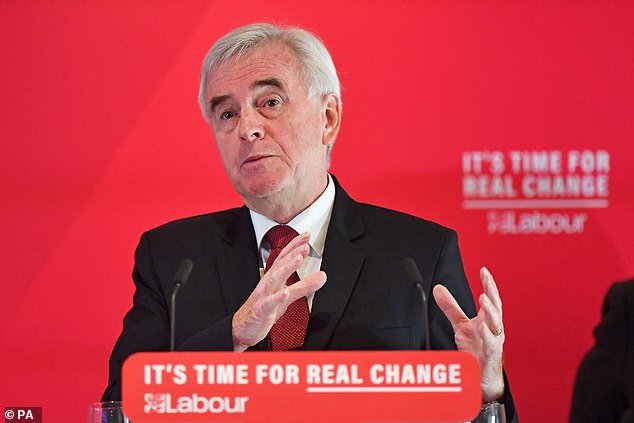 Only 11 per cent of commuters travel by train, compared to 68 per cent who drive. Yet Labour’s ‘average household’ contains not one but two people buying £3,000 season tickets.

These two train commuters are so rich that they don’t get any Government help with their childcare costs. But they’re also still renting – and may also, according to Labour, be on the national living wage. In other words, this isn’t an ‘average’ household. It’s not a real household at all.

The next big problem is that Labour have ignored inflation. All of the claims about how much bills have risen since 2010 rely on the ‘nominal’ figure. But prices rise over time. For a £100 gas bill from 2010 to make the same dent in your wallet today, it would have to be for £127.

As for those rail tickets, the burden per head falls from £870 to £191 – especially once you notice that Labour have sneakily added next year’s fare increases.

Another huge part of Labour’s costings is childcare. But their numbers here are, if anything even worse. They claim that costs have gone up by £1,916 per household. But this ignores the £6billion a year that the Government spends on free childcare. As a result, the amount people actually pay is far lower than Labour’s figure.

That £1,916 also ignores inflation. But it’s not as if Labour don’t know inflation exists. Because when they calculate how much – or how little – wages have risen by, they suddenly add it back in.

In other words, they’re not comparing apples to oranges, but apples to porcupines. Run both sets of numbers in the same way, and Labour’s argument collapses.

But that’s only the first half of the dossier. Astonishingly, when you look at how much Labour are promising to save us all, their numbers get even worse.

Of the promised saving of £6,716 – for ‘the average household’, remember – a stunning £2,194 comes from those rail season tickets that apparently both parents in every family are buying.

Another £2,941 comes from Labour’s extra spending on childcare – meaning that it’s OK to count future Labour subsidies, but not existing Tory ones.

But then it gets interesting. 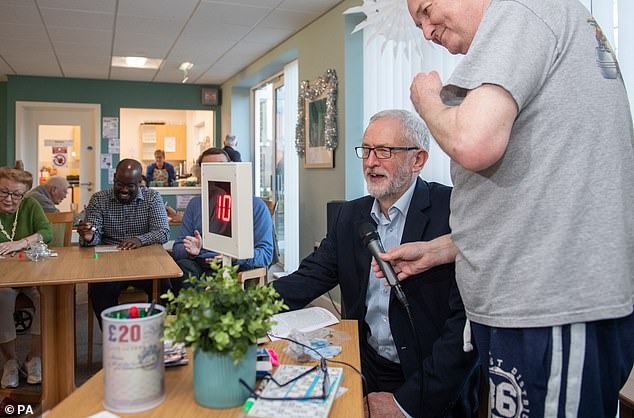 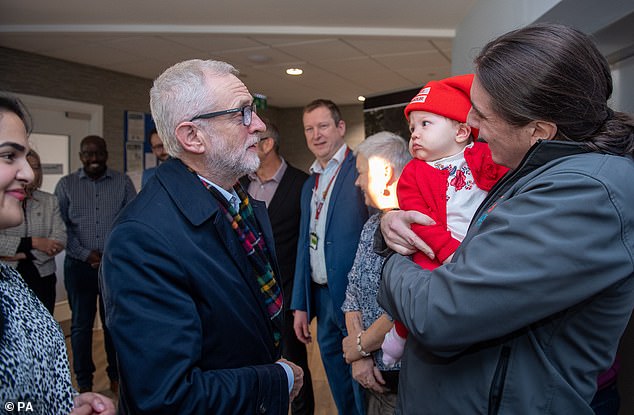 The average family will apparently save £437 by being given free school meals for primary schoolchildren. These are the same pupils who are simultaneously receiving childcare. They will also save £108 on prescription charges, assuming – without justification – that each family buys one pack of drugs per month. Except that, according to official figures, 84 per cent of prescriptions are free.

Next, we will save £364 on broadband, because Labour will give us free internet. This pledge is ‘by 2030’, not immediately. It also ignores costs involved in nationalising BT Openreach, installing new fibre or operating the service.

Labour is also promising to save £559 on energy bills and £113 on water bills. The bulk of this – £417 per household – will come from insulating homes. Again, this is a ‘by 2030’ cost, presented as an immediate saving. Labour’s own home insulation plan makes clear that £190billion of the £250billion cost will be in loans to homeowners, which will have to be repaid from the savings. So it isn’t free money after all. But what about the remaining £142 for energy and £113 for water? These are presented as the dividend from renationalisation of water and energy.

Now, I got quite excited about this. One of the great puzzles of renationalisation is how Labour can promise huge investment, price cuts for consumers, higher salaries for staff, more control for unions, less of a profit focus AND to cover borrowing costs. Maybe the dossier would have an answer? But when I followed its link, I found a study that says nothing about how much consumers would save. It’s by a group of Left-wing academics arguing that Labour can renationalise these firms for less than their market price without compensation.

On wages, similarly, Labour’s headline figure for how bad things have been under the Tories refers to average wages. But when they talk about how they’ll help, they suddenly start using figures for people on the minimum wage. 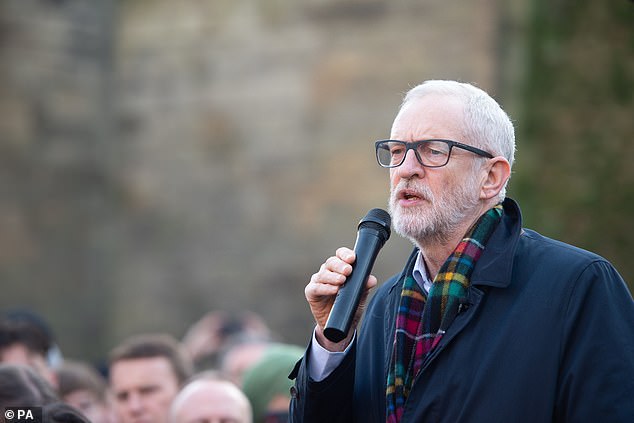 Mr Corbyn during a visit to Nottingham, while on the General Election campaign trail

In short, if you go through the document, there is not a single claim that does not come without significant, often fatal, qualifications.

Now, I’m not unbiased. I run a think-tank founded by Margaret Thatcher. I spent time earlier in the campaign volunteering for the Conservative Party. All parties are occasionally economical with the facts. I have criticised the Tories’ interpretation of our think-tank’s figures on the cost of Labour’s four-day week. I have mocked the Lib Dems’ bar charts.

But this document sets new standards. Labour say that ‘the average household’ has lost £5,949 under the Tories, and would save £6,716 under Labour. But under the slightest examination, both figures collapse like a soufflé.

John McDonnell isn’t talking about ‘average households’ – because these are not real households at all. He is counting inflation when it suits him, and ignoring it when it doesn’t. And many of his other statistics are either unsourced, misleading or tortured to breaking point.

In short, this entire dossier is nakedly deceitful. The ‘average household’ should know better than to believe a word of it.

By Daniel Martin Policy Editor for the Daily Mail

Labour was ridiculed last night for claiming its policies would put nearly £7,000 in voters’ pockets.

Separately, Jeremy Corbyn was rebuked by the UK Statistics Authority for misleadingly claiming that violent crime had doubled under the Tories. 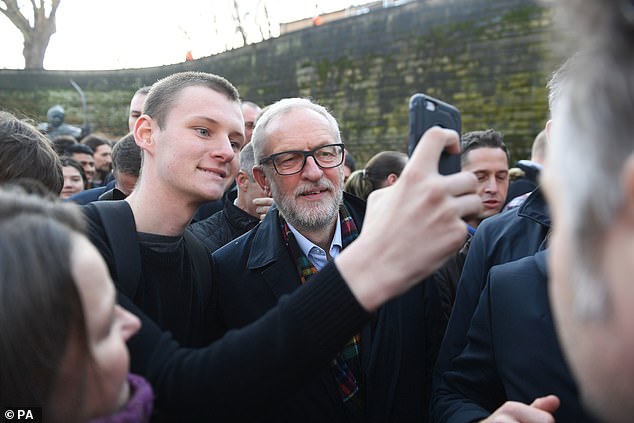 Mr Corbyn has his photo taken with supporters in Nottingham, while on the General Election campaign trail

According to Labour’s maths, the Tories have cost the average household £5,949 every year since 2010 because of rising bills and falling wages.

Labour claims £2,194 would be saved on a pair of train season tickets by bringing the railways under public ownership and £559 on utility bills by nationalising energy companies and upgrading homes.

It is also pledging that its plan to give free full-fibre internet with a nationalised broadband service would save £364 a year compared with a £204 increase under the Tories. Other plans include raising the minimum wage to £10 an hour for everyone aged 16 and above, which Labour says would give the average over-25 a £3,444 pay rise.

But the figures were ripped apart by Full Fact, which tests election claims.

A spokesman said: ‘Labour’s figures do not reflect an average family, or the costs of price inflation over time.

‘On rail fares, it’s highly unusual to have one season ticket holder in a household, let alone two as Labour claims – just 5 per cent of people in England use a train three or more times a week.’