The English street where animals roam free: 17th century Cotswold town is built on a common meaning locals have the right to release cattle to wander roads and peer into windows

By Rory Tingle For Mailonline

These pictures show a British road which is located on a common, meaning more than 300 cows, horses and donkeys are free to roam along it – and even peer into the windows.

Butt Street forms part of the 451-acre Minchinhampton Common in the Cotswolds, which is run by the National Trust.

The common is not fenced or bordered off and residents are entitled to release their cattle there, so animals can roam freely among the houses and up towards the marketplace. 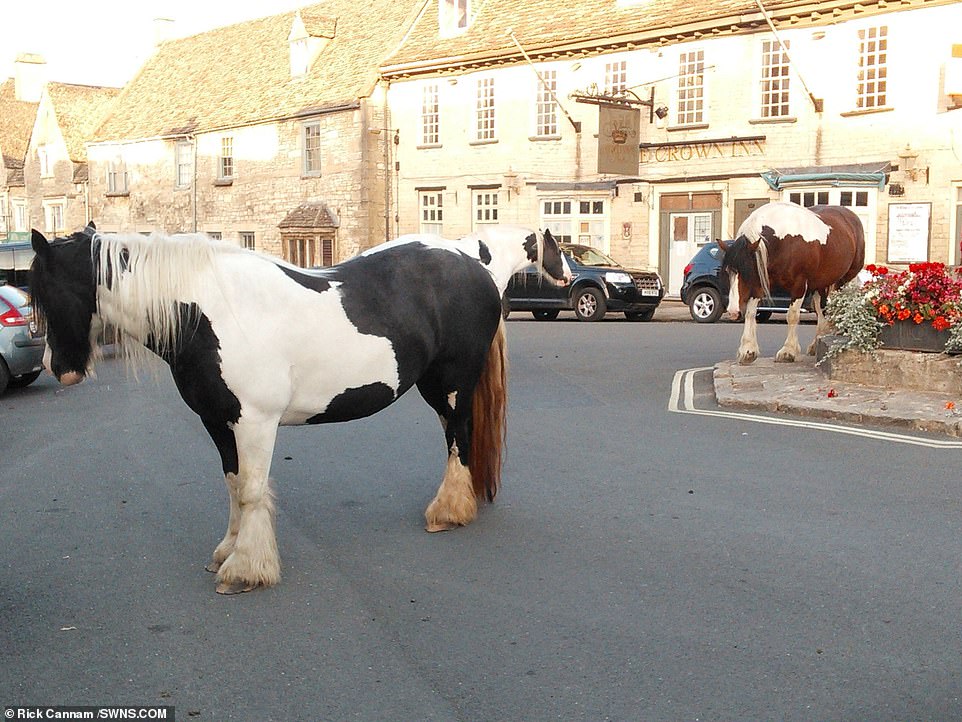 Butt Street forms part of the 451-acre Minchinhampton Common in the Cotswolds, which is run by the National Trust. The area isn’t enclosed or fenced off, so animals are free to roam along the road and up to the marketplace (pictured) 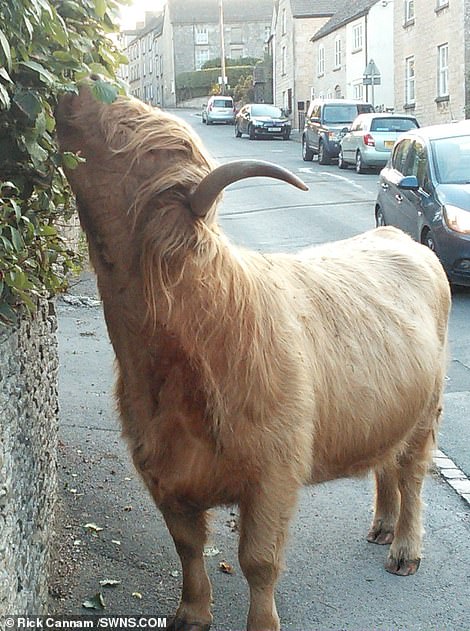 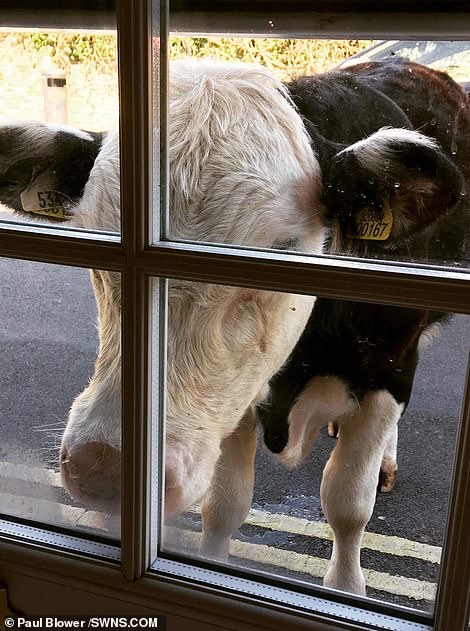 Animals regularly nibble on plants lining the street and peer in to the windows. Pictured is a bull enjoying some ivy growing on a wall (left) and a cow having a peek through someone’s front window 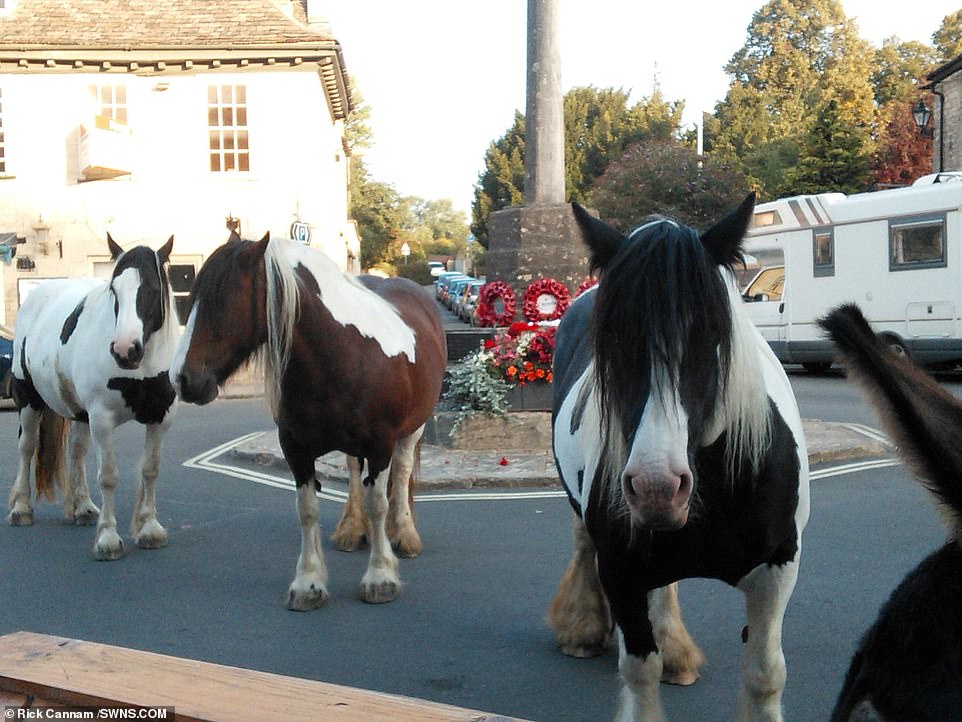 Towns and villages in England were traditionally surrounded by common land that could be used by the locals, but many were enclosed for private use. Minchinhampton is a precious survivor 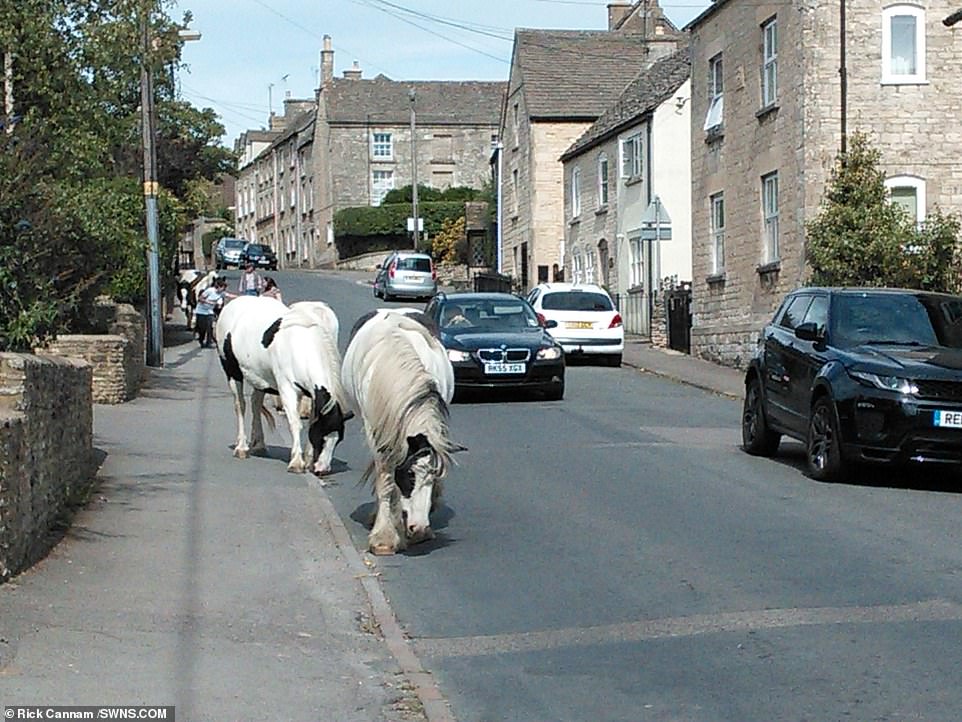 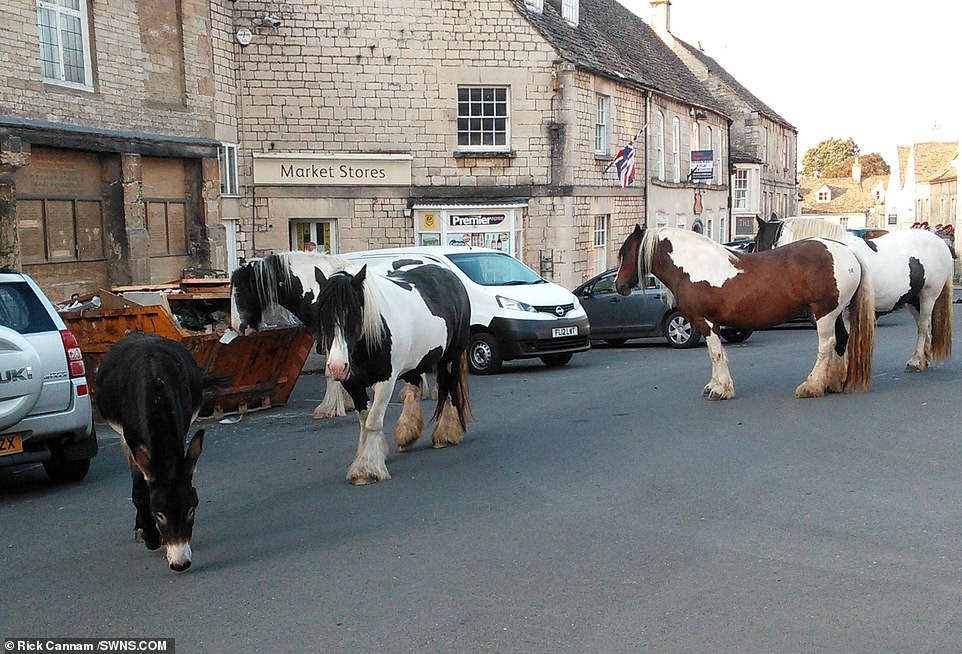 Butt Street leads from the marketplace to the grassland that forms much of Minchinhampton Common, where the animals can have a proper feed 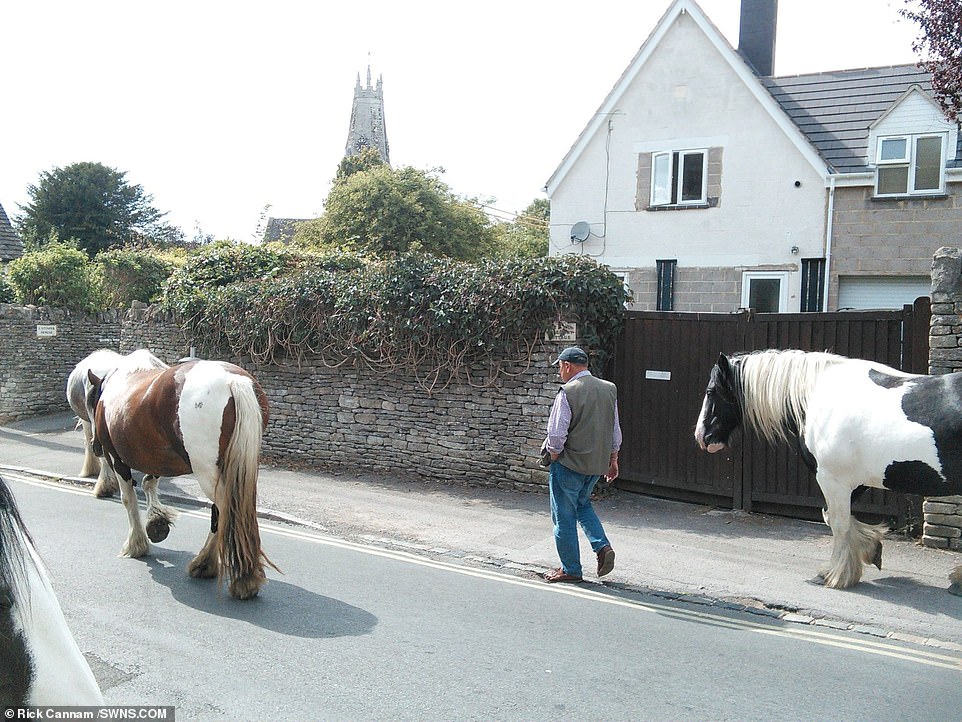 Animals were allowed to move along roads up until the modern era, as this was the most efficient way to get them to market for sale or slaughter

The sight of cattle roaming a town’s street appears unusual to our modern eyes, but it would not have been to our ancestors.

From the medieval period, villages and towns were surrounded by common land where locals with special rights – known as ‘commoners’ – could graze their cattle and collect firewood.

This would often include the right to move cattle along roads – often at limited times – so they could be taken to market.

However, the 19th century saw most commons enclosed and sold off for private use, ending the old grazing rights in a process that started in the 16th century.

In Minchinhampton, the enclosure movement was vigorously resisted, so the common survived up to the present day.

Paul Blower, who lives on the 500 yard-long road in the town of Minchinhampton, said he loves the animals wandering past his house.

The 47-year-old said: ‘I just love it, having cows, horses – there’s donkeys as well.

‘They are down the road weekly. They eat the grass on the common but they want to find something a bit tastier, like the odd clematis or rose bush.

‘They come down for a munch. You walk out the front door and there’s always a cow pat out there to greet you. My dog loves eating them.’

Mr Blower said the cows are very friendly and his nine-year-old daughter enjoys seeing them roaming the neighbourhood.

He added: ‘You hear stories about people walking through fields and being chased by the cows – but here they are just so used to seeing humans walking around and stuff.

‘Literally, the dog runs in between them, kids play around them and the cows just don’t flinch.’

Check this out  Never mind kissing babies on the campaign trail...I've just had one!

Cows are released in May every year and then taken back in by farmers in November for the winter. 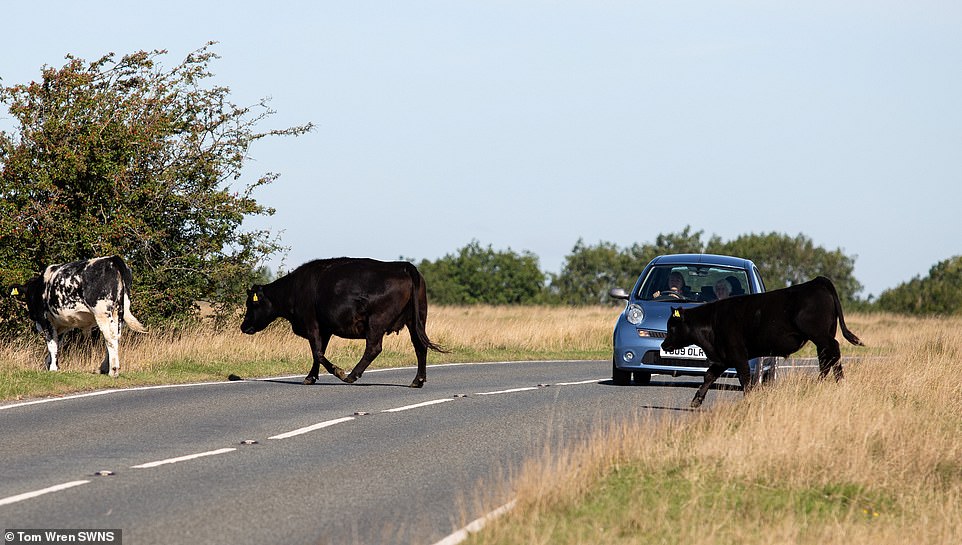 Cows often cross the road that goes through Minchinhampton Common, forcing drivers to go slowly and be patient to avoid an accident 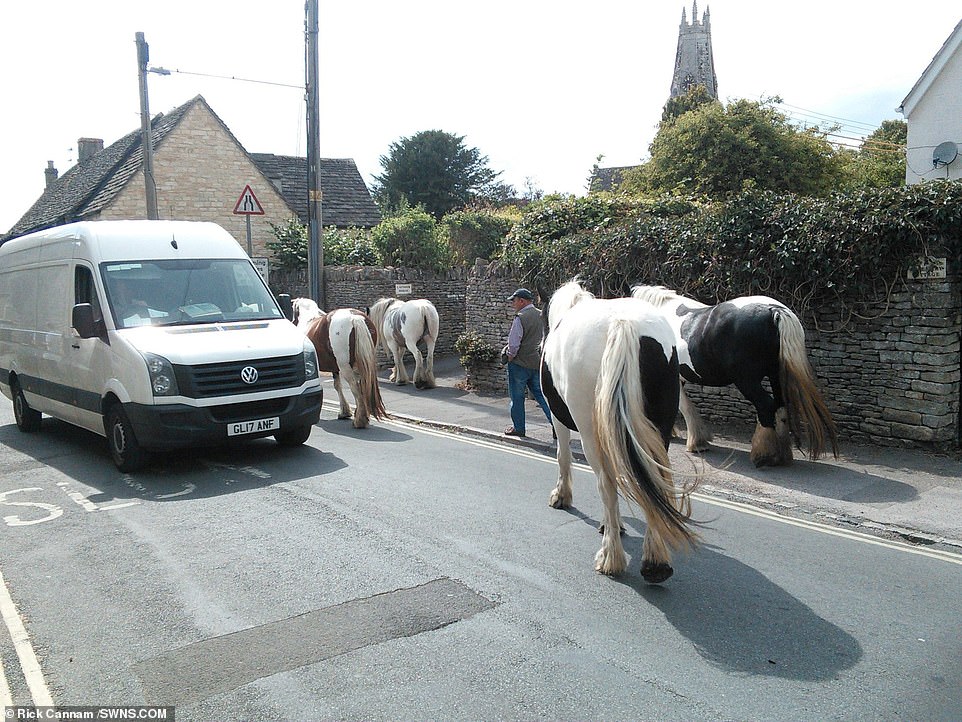 A van drives past some horses that appear to be accompanied by their owner. Butt Street is 500 yards long, so there is plenty of space for the animals to move around 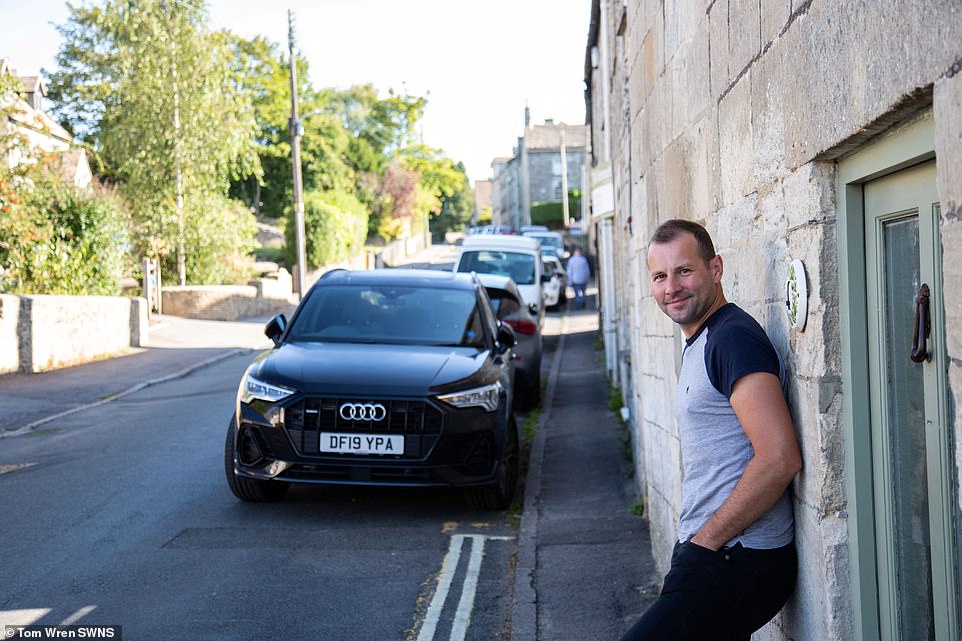 Paul Blower, who lives on the 500 yard-long road in the town of Minchinhampton, said he loves the animals wandering past his house 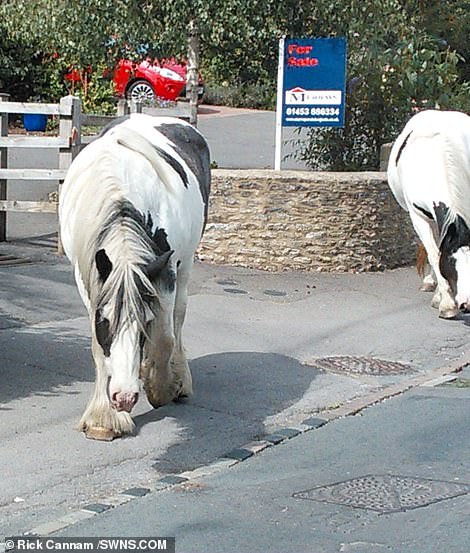 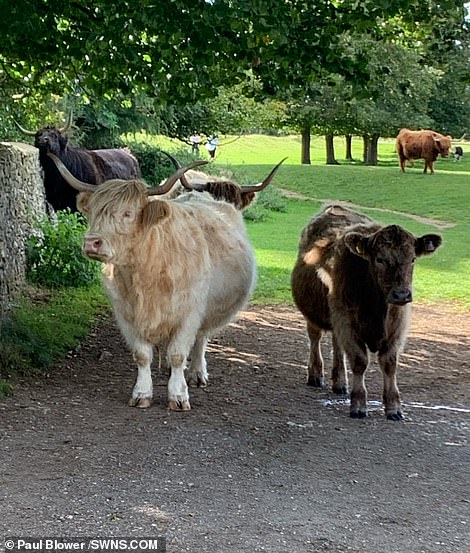 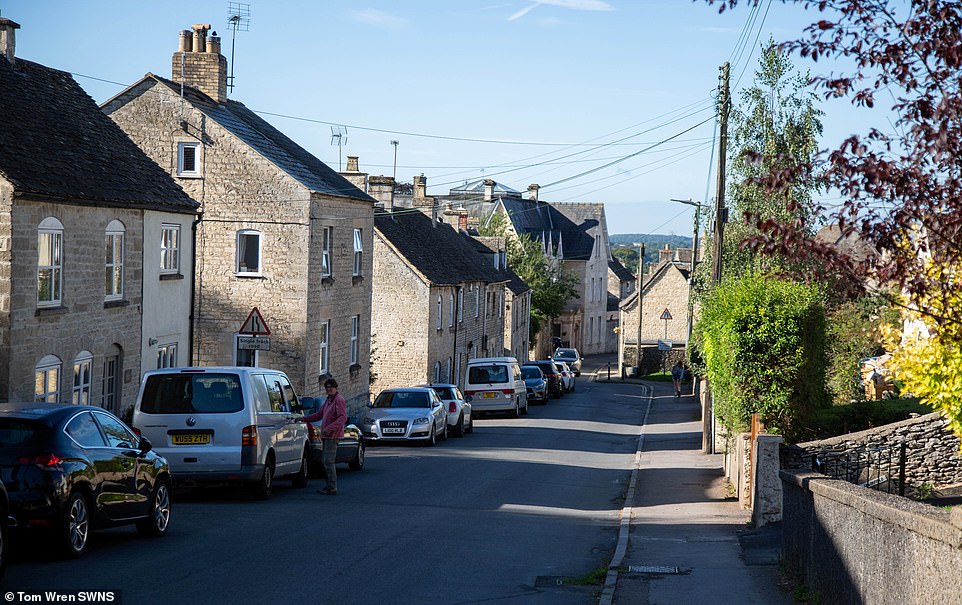 Mr Blower said the cows are very friendly and his nine-year-old daughter enjoys seeing them roaming the neighbourhood. Pictured is a view of the street without any animals 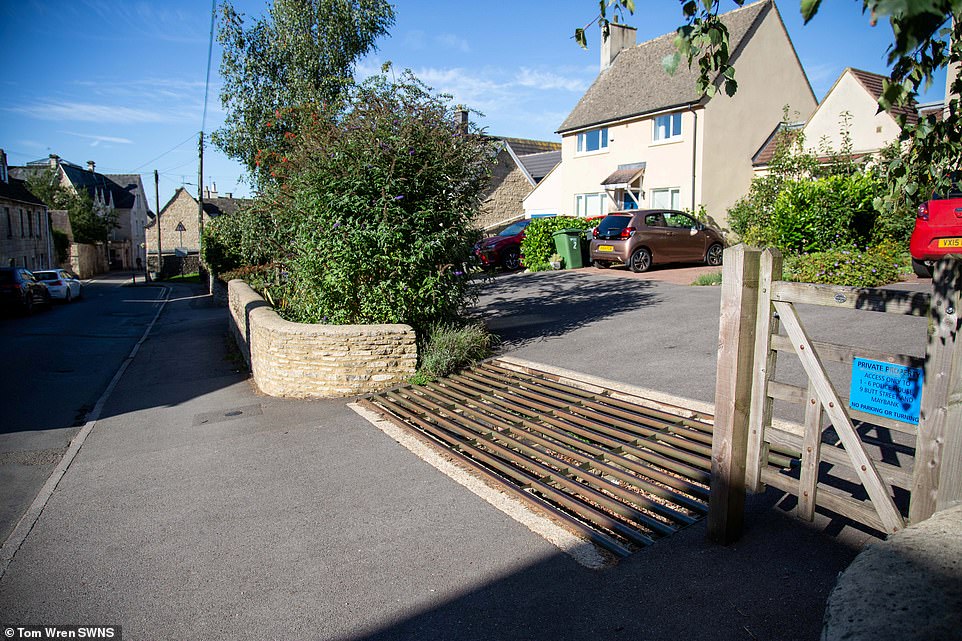 Cattle grids are used in places to control where the animals can roam. Pictured is one at the entrance to a driveway on Butt Street