The Turner Prize will be shared between all four nominees for the first time ever in a show of ‘commonality’ during a time of ‘political crisis.’

In a surprise twist for the art world, Oscar Murillo, Lawrence Abu Hamdan, Helen Cammock and Tai Shani were awarded the prestigious title.

The news was revealed live on television at a glamorous event at Dreamland Margate amusement park in Kent.

Audience members, expecting to hear one artist awarded the grand prize, were instead told that all four artists would share the accolade as a collective.

It is the first time in the history of the Turner Prize that the award has been shared between all the shortlisted nominees. 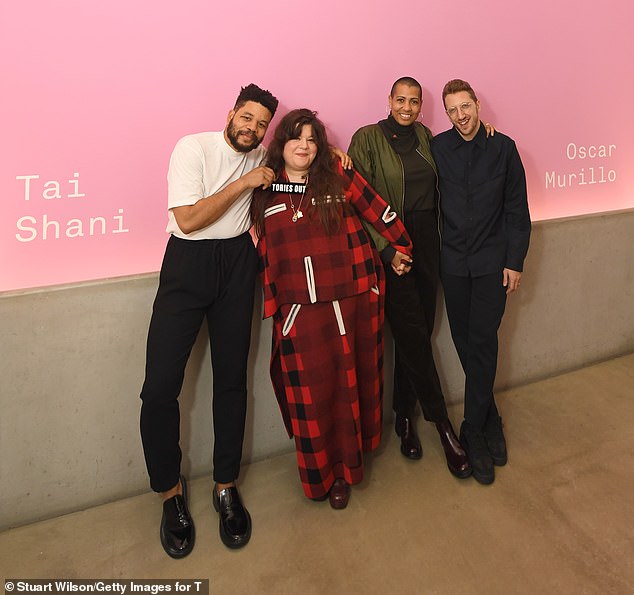 Pictured left to right: Oscar Murillo, Tai Shani, Helen Cammock and Lawrence Abu Hamdan. It is the first time in the history of the Turner Prize that the award has been shared between all the shortlisted nominees 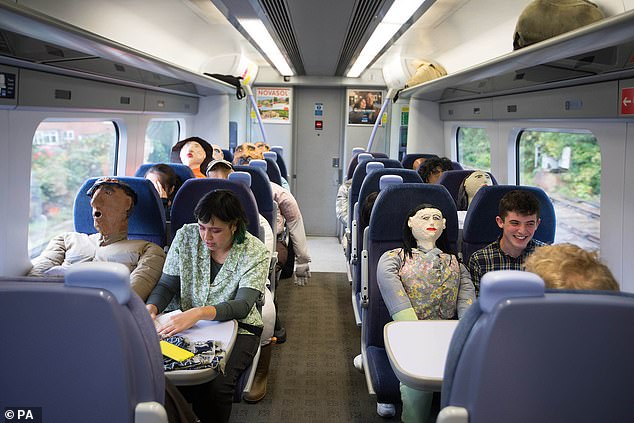 The decision comes after the artists wrote a joint letter to the jury asking that the prize be used as a collective statement of ‘commonality, multiplicity and solidarity’ at a time of ‘political crisis’.

Alex Farquharson, director of Tate Britain and chairman of the Turner Prize jury, said: ‘In coming together and presenting themselves as a group, this year’s nominated artists certainly gave the jury a lot to think about.

‘But it is very much in the spirit of these artists’ work to challenge convention, to resist polarised world views, and to champion other voices.

‘The jury all felt that this made the collective a worthy winner of the Turner Prize.’ 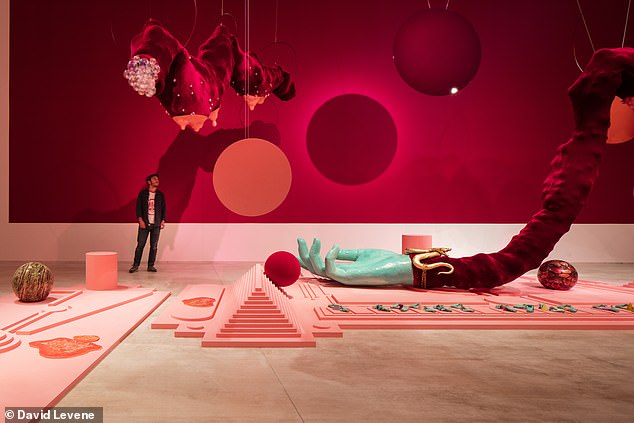 Pictured: Tai Shani’s entree for the Turner Prize 2019, the winner of which was announced this evening

The regular award of £40,000 prize money is to be awarded to the four artists as a collective, who will then decide amongst themselves how it is divided up.

The artists were greeted on stage by Edward Enninful, editor-in-chief of British Vogue, who presented them with this year’s Turner Prize.

The four artists’ work has been on display at the Turner Contemporary gallery on Margate seafront since September 28.

Oscar Murillo’s paper mache figures are said to represent a mobile and globalised workforce, and the hay-stuffed models have links to a New Year’s Eve tradition in the 33-year-old’s homeland of Colombia.

Beirut-based artist Lawrence Abu Hamdan, 34, is renowned for his work using sound effects to explore society as people perceive it.

His work features a powerful glimpse inside Saydanya, a prison in Syria where inmates suffered torture. 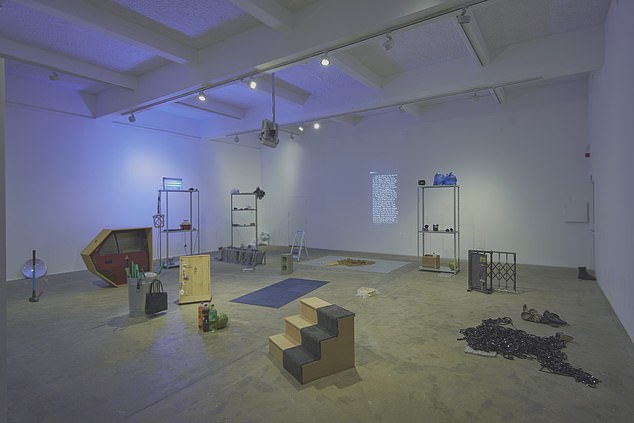 Helen Cammock, 49, looks at the role of women in the civil rights movement that began in Northern Ireland in 1968, including Derry.

In their joint letter to the jury, the four artists wrote: ‘At this time of political crisis in Britain and much of the world, when there is already so much that divides and isolates people and communities, we feel strongly motivated to use the occasion of the Prize to make a collective statement in the name of commonality, multiplicity and solidarity – in art as in society.’

Jurors praised them for their commitment to the collective power of art, and said the decision was ‘unanimous’.

Check this out  Police arrest man, 64, from North Yorkshire over the death of Cardiff City footballer Emiliano Sala

The jury said in advance of the announcement: ‘Their symbolic act reflects the political and social poetics that we admire and value in their work.’ 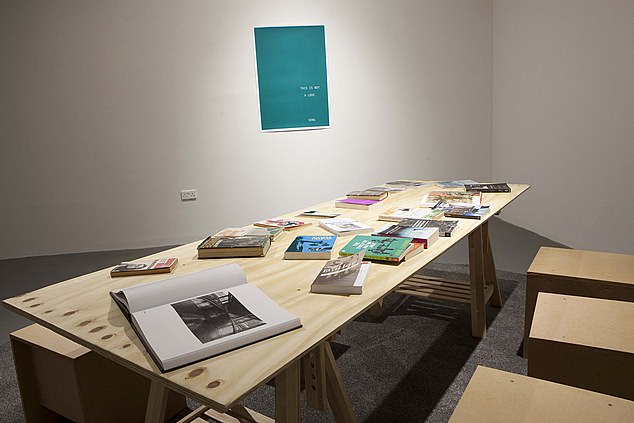 Pictured: Helen Cammock’s piece that has won the Turner Prize

One of the best-known prizes for the visual arts in the world, the Turner Prize aims to promote public debate around new developments in contemporary British art.

Established in 1984, the prize is named after painter JMW Turner and is awarded to an artist born or based in the UK for an outstanding exhibition or other presentation of their work in the past twelve months.

The 2019 edition is the first time the venue for the exhibition, outside of London, has had a direct connection with JMW Turner.

Turner Contemporary stands on the site of the artist’s lodging house and enjoys views of the skies that Turner felt were ‘the loveliest in all Europe’.

Since opening in 2011, Turner Contemporary in Margate has generated more than £70 million for the local economy, led to the opening of over 150 new businesses and attracted over 3.3 million visits.