Thousands of football fans are travelling to Lyon to roar on the Lionesses tonight as they bid to become the first England team to reach the World Cup final since 1966.

An army of football supporters are making their way across the Channel to watch England take on the USA at the 59,000 capacity Parc Olympique at 8pm.

Millions more are expected to watch at home or pack out pubs and bars, as the record 7.6million who tuned in to watch the quarter final against Norway looks set to be smashed.

Fans have been charting their journeys on social media, as the board ferries and the Eurostar to make their way to France.

Alice Bennion and Laura Collins have spent months preparing for a trip to Lyon in anticipation that the Lionesses would make it though. 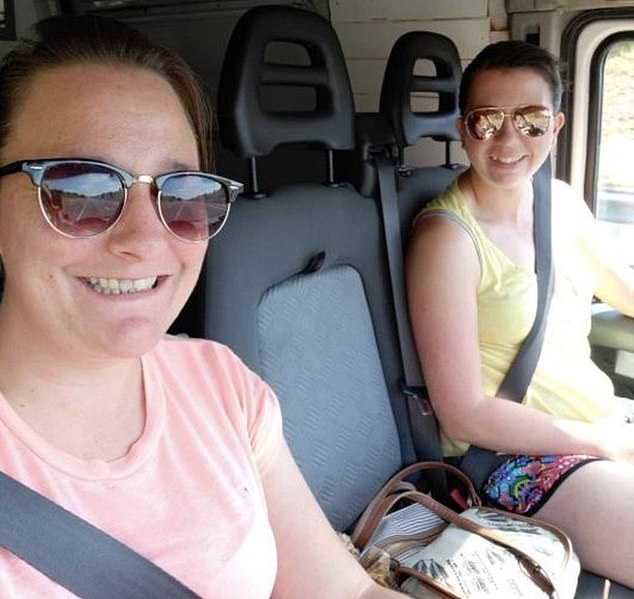 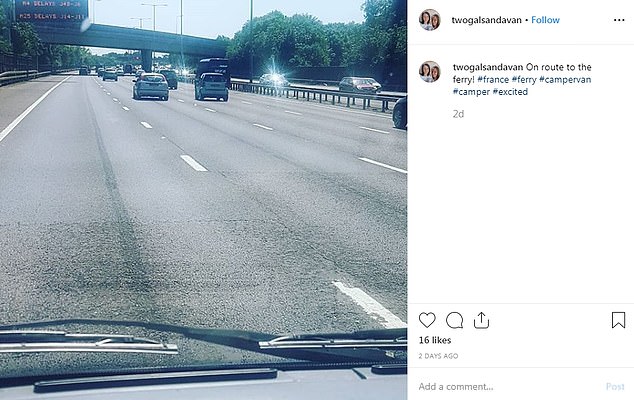 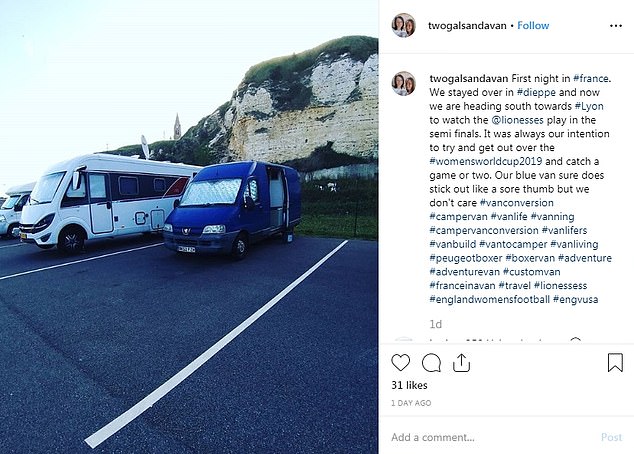 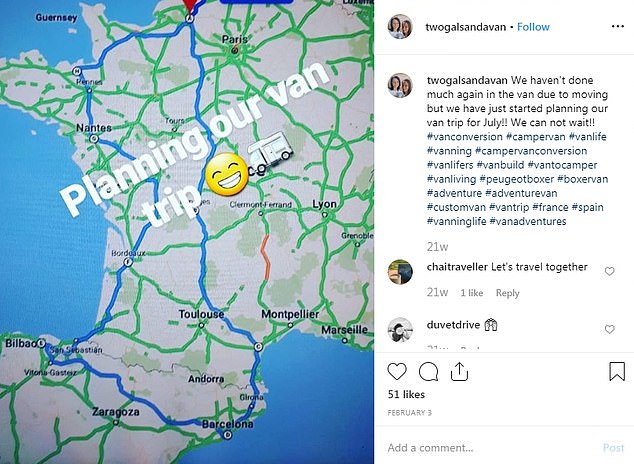 Alice Bennion and Laura Collins (top) have spent months refurbishing a blue Peugeot into a campervan, and have started their journey to Lyon for the semi final. They have been charting their progress on social media

They have spent months refurbishing a blue Peugeot van they bought for just £200 into a camper van and set off for Lyon two days ago.

Check this out  India imposed direct rule in Kashmir to free it from 'terrorism and separatism', says PM Modi

Ms Bennion, from South Oxfordshire, wrote on Twitter two weeks ago: It’s nearly time for the trip we have wanted to do since we brought the van about 9 months ago!

‘The van is all ready to go and all decorated ready for the trip around France! We are both very excited and cannot wait.’

In an Instagram post yesterday she wrote: ‘First night in #france. We stayed over in #dieppe and now we are heading south towards #Lyon to watch the @lionesses play in the semi finals. 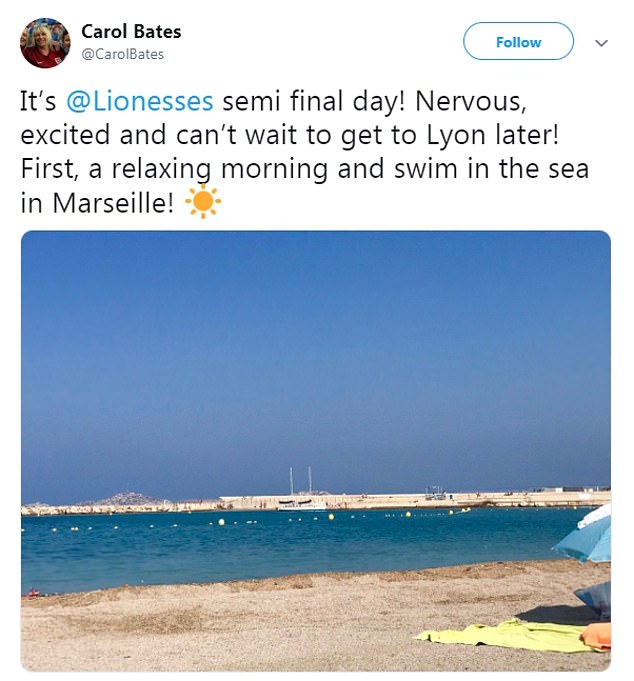 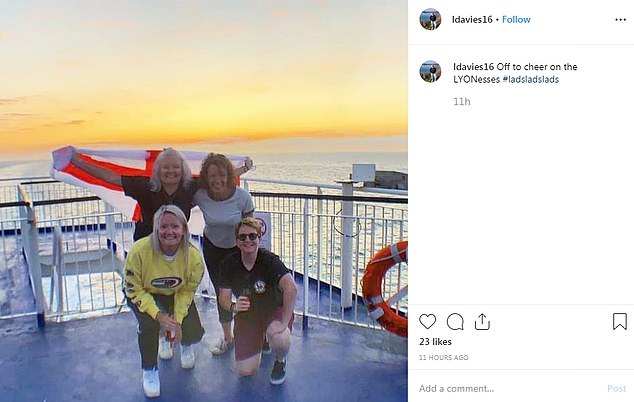 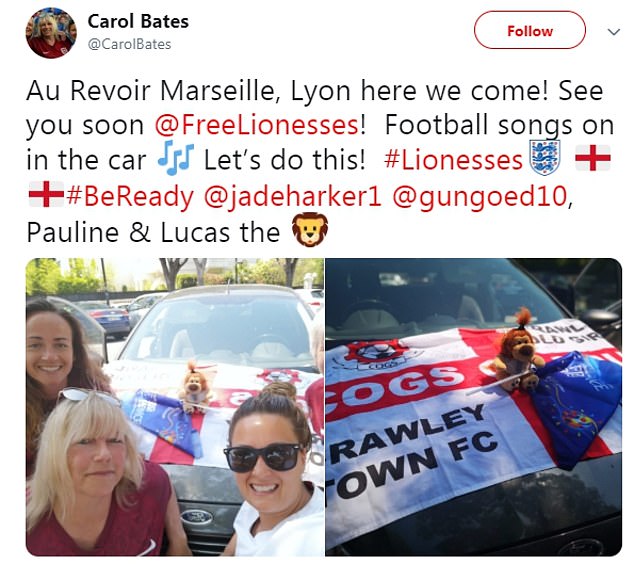 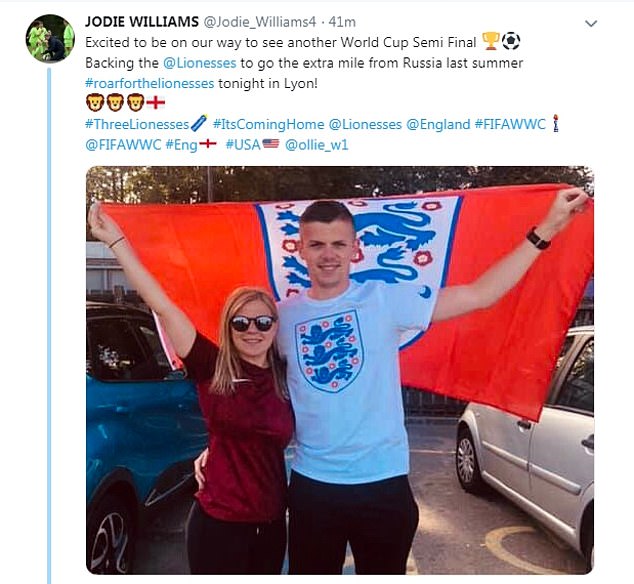 Fans have been charting their journeys on social media, as the board ferries and the Eurostar to make their way to France

‘It was always our intention to try and get out over the #womensworldcup2019 and catch a game or two.’

Another fan posted an image of her with her friends on the deck of a ferry and wrote: ‘Off to cheer on the LYONesses.’

Another post showed two vans on the Eurostar. Cassie Goodison wrote: ‘On our way! To Paris then to Lyon See you there Lionesses.’

Check this out  More than £2.4million worth of crooks’ ill-gotten gains to go under the hammer

USA fans are already threatening to outnumber England supporters at this evening’s game, which kicks off at 8pm. 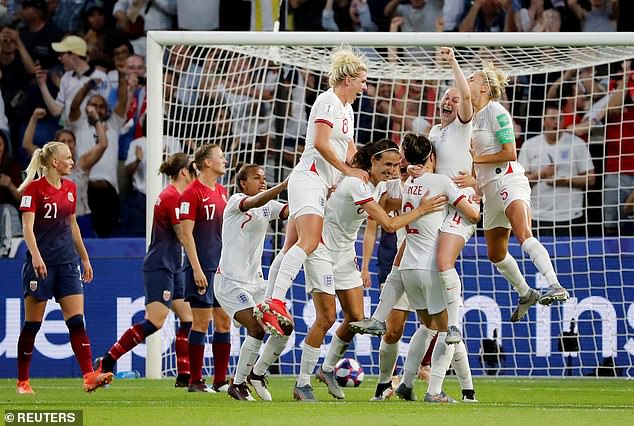 Ticket sales suggested that the majority inside the Groupama Stadium for the evening kick-off would be waving the Star Spangled Banner.

A national police source in Paris said: ‘There certainly seems to be a lot more American supporters around than English ones

‘They are very vocal and enthusiastic, but also extremely well behaved. Very few of them drink alcohol. They are certainly not the kind of football supporters we are used to!’

In extraordinary scenes yesterday England’s security staff threw out a suspected spy from their training ground in Lyon – just 24 hours after two members of the USA’s backroom staff were discovered in England’s hotel. 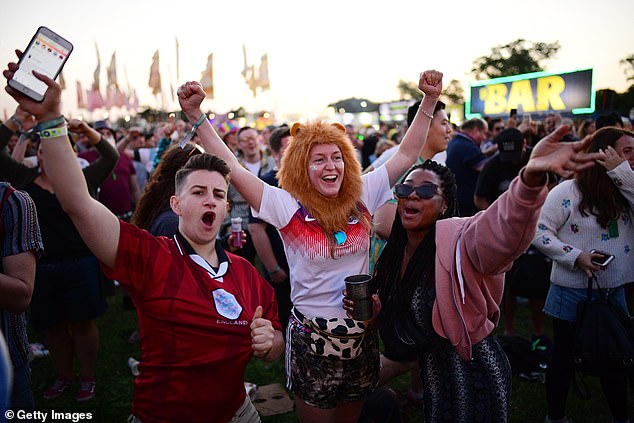 Back home, England fans celebrate after watching the quarter-final at Glastonbury

England’s manager Phil Neville has declared that his players cannot contemplate anything other than victory tonight.

But his team will have to beat the favourites, led by star winger Megan Rapinoe, who has scored five goals while also urging her USA teammates to ‘think hard’ about associating themselves with Donald Trump if they win and are invited to the White House.

The Lionesses will be in the final of the competition for the first time if they can get past the defending champions at Lyon’s Groupama Stadium. 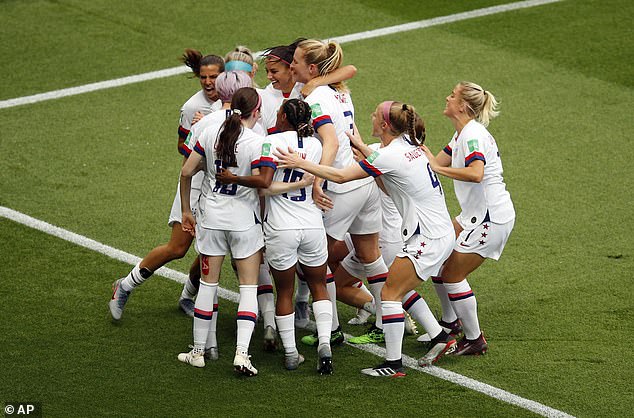 As winger Nikita Parris insisted it was ridiculous to suggest the Americans, reigning world champions, might be tougher than England and full back Lucy Bronze said Neville’s players were more ‘destined’ to reach a final than ever, the manager said he senses a breakthrough moment. ‘We’re at that moment now where it’s so close and we’ve spoken long and hard about this,’ Neville said.

‘I want my players to realise that we are so close and we have to deliver. We have to.

‘There is no upside to defeat. Losing in a semi-final would mean nothing to me. Every single meeting, every single training session, every five-a-side we’ve had, we’ve spoken about winning.

‘Winning is the most important thing. It’s about winning — that’s the mentality we’ve brought in.’