It’s been quite a week for the actress.

On Thursday she was ready to let her hair down – and she did just that at rapper Lil Wayne’s 36th birthday bash at Hubble Studios in downtown L.A. 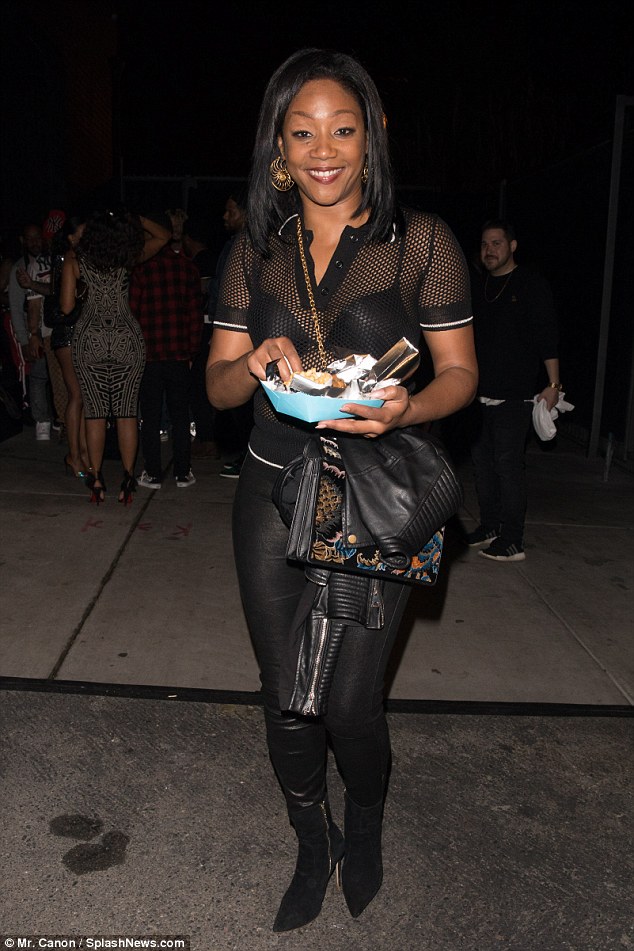 The 38-year-old actress showed off her curvaceous body in a black see-through mesh top and black skin-tight leather pants.

And she finished of her ensemble with pointy-toed, black suede bootees.

Tiffany left her raven tresses to frame her perfectly made up face and she accessorized with statement earrings. 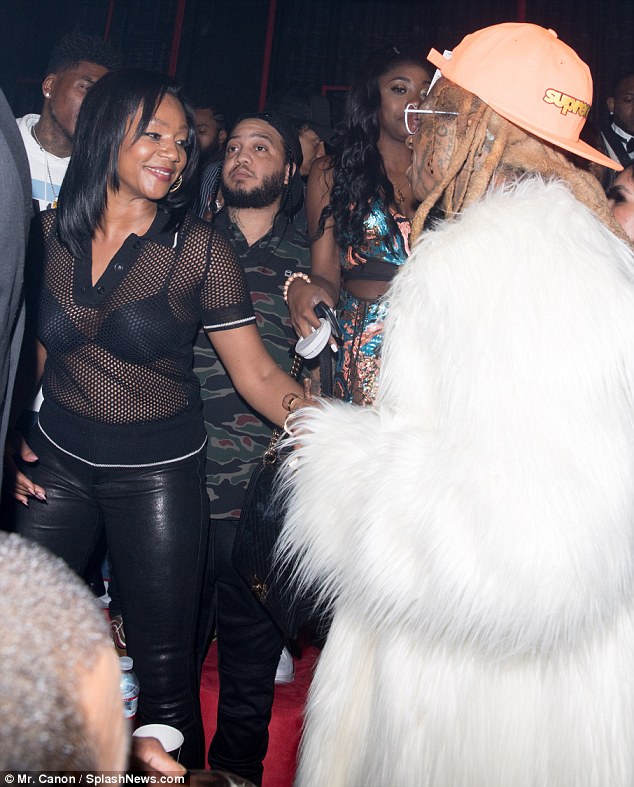 Reaching out: The 38-year-old actress greeted the white-fur clad birthday boy at his party held at Hubble Studios in downtown L.A. 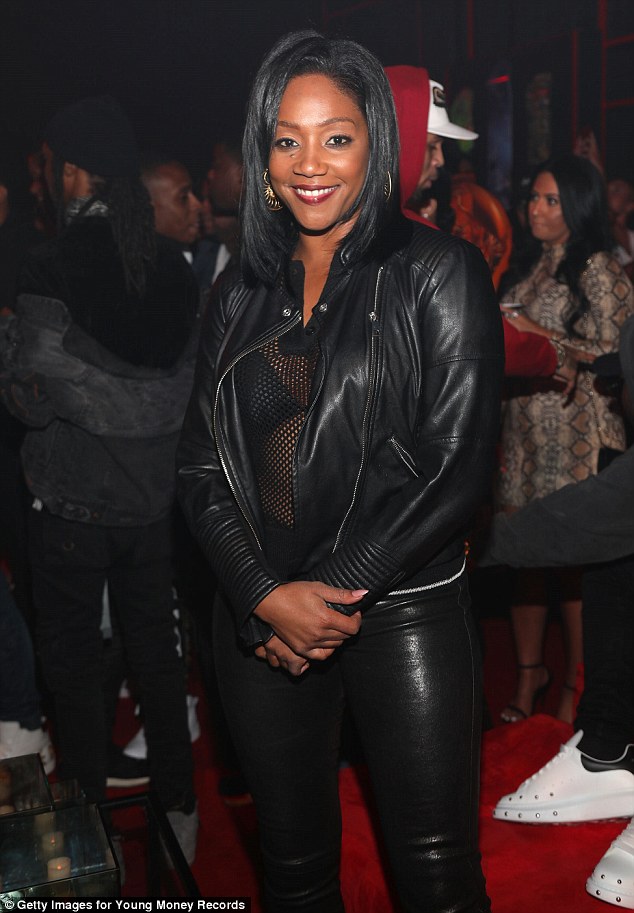 Busy star : It was the actress’ third big event of the week after she went to the premieres of her movies  Night School and The Oath on Monday and Tuesday

And she couldn’t resist having a taste of his exotically iced, two-tier birthday cake.

Check this out  8 people, including 4 migrants in US illegally, die in...

The rapper stood out in white fur coat that he wore over a tie-dyed T-shirt and lilac leggings with neon orange sneakers. 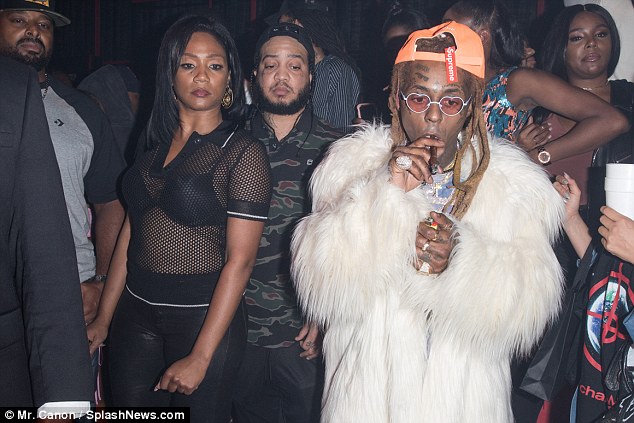 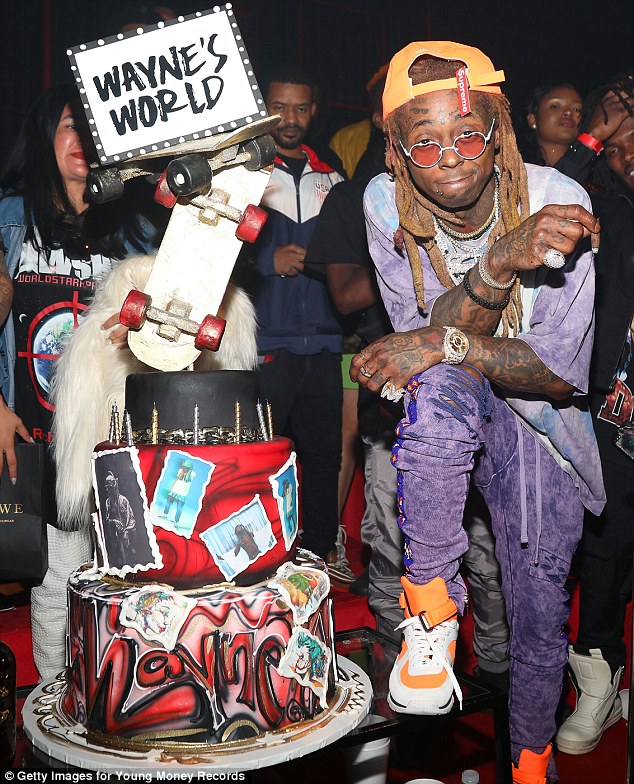 Colorful creation: The rapper stood next to his exotically decorated cake which celebrated his 36th birthday and the release of his new album, Tha Carter V 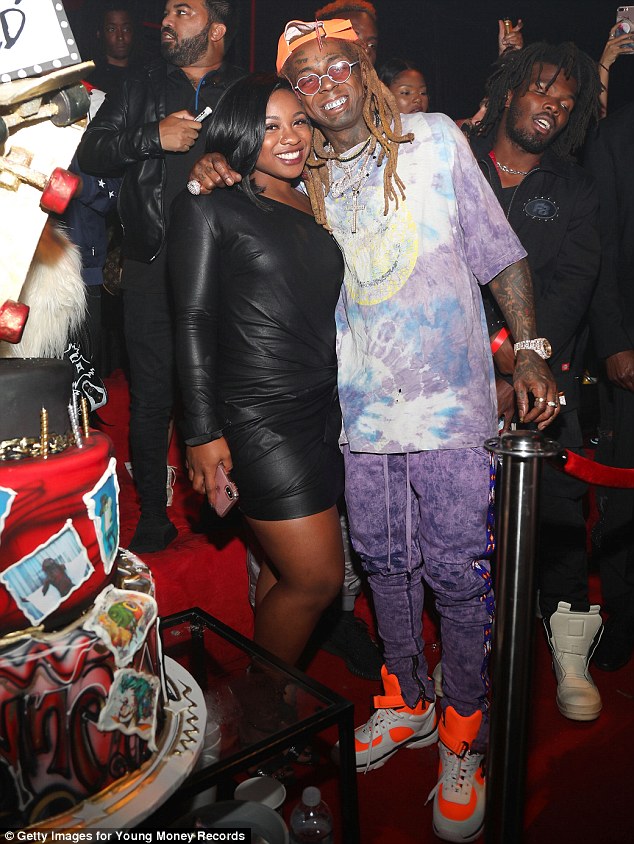 Cuddling up: Lil Wayne hugged his daughter Reginae Carter, 19, at the party who went for a black leather mini-skirt

He topped his blonde dreadlocks with an orange cap that he wore backwards  and covered his eyes with heart-shaped sunglasses.

Check this out  American widow handed over $60,000 life savings to British con artist

Lil Wayne hugged his daughter Reginae Carter, 19, at the party who went for a black leather mini-skirt, which seemed to be a theme for the evening.

Other guests at the bash included singer Ashanti, 37, also decked out in black leather coat the she wore over a beaded bodice, and, strangely, a goat. 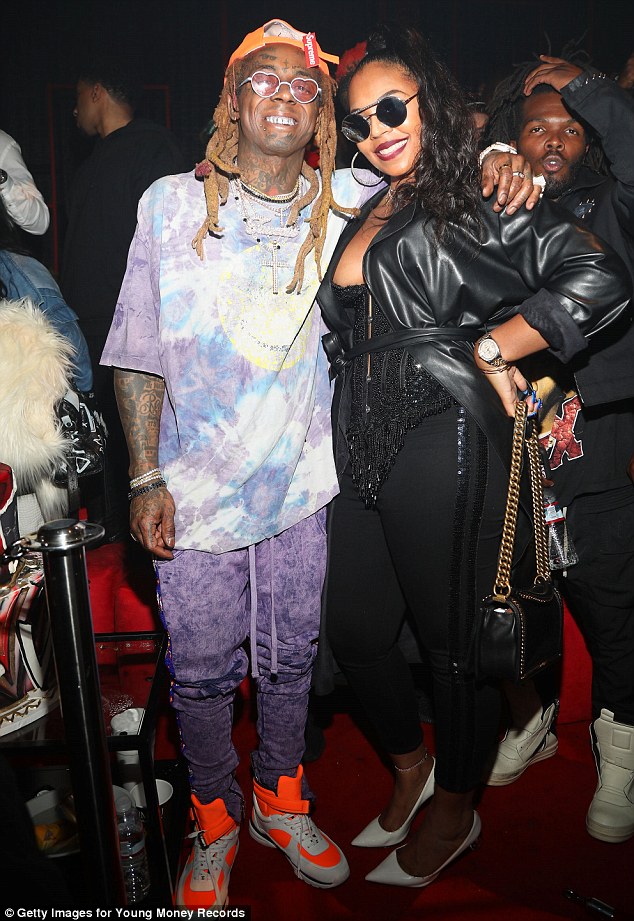 More pretty friends:  Lil Wayne and Ashanti arm in arm at the bash 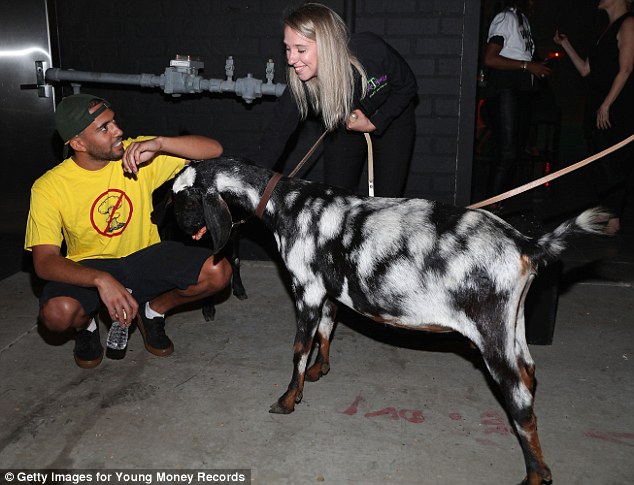 Well, there’s a thing: Other guests at the bash included, strangely, a goat