By James Mills for MailOnline

Tony Blair has joined a committee overseeing the $31billion plan to move Indonesia’s waterlogged capital Jakarta to the jungle of Borneo.

The former British Prime Minister will be among several high profile figures sitting on a board of advisers headed by the crown prince of Abu Dhabi, Sheikh Mohammed bin Zayed.

Japanese billionaire Masayoshi Son, the founder and chief executive of SoftBank, will also join the project.

Indonesia announced last August that it planned to move all the administrative functions of its government to a new city to be built 800 miles east of Jakarta by 2024. 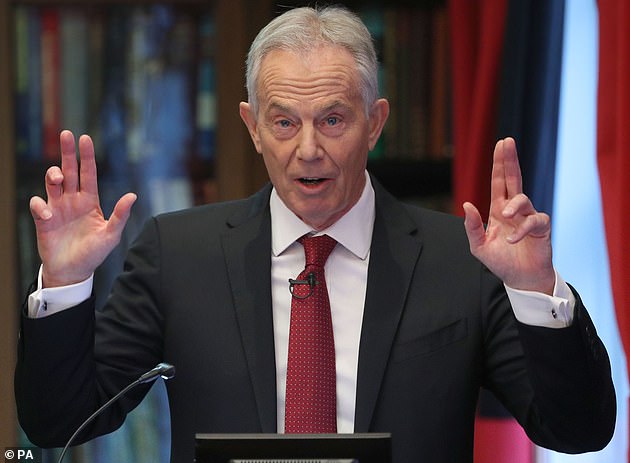 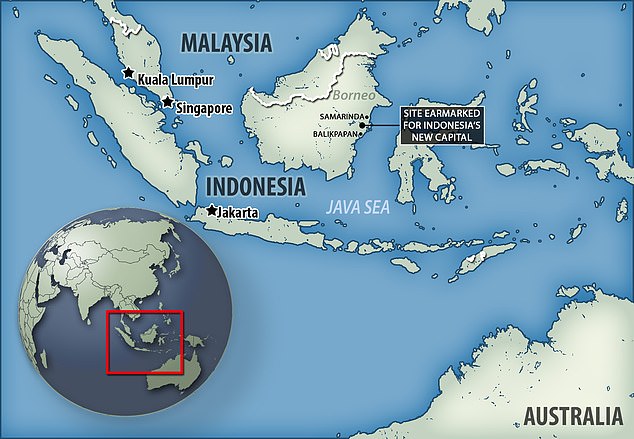 Mr Blair, 66, currently runs the Institute for Global Change, a non-profit organisation, which he launched using more than £9million from selling his advisory business in 2016.

The business earned him millions round the world after he left office in 2007 but also drew criticism over some of its work for foreign clients, including the government of Kazakhstan.

Mr Blair’s office declined to comment on the Indonesia project and it is thought discussions about his level of involvement are at an early stage.

The move has been prompted by chronic traffic, overcrowding and severe flooding in Jakarta which has a population of 10million and a further 20million in its greater metropolitan area.

The city’s water supplies and rivers are highly contaminated and congestion is estimated to cost the economy £5 billion a year.

Jakarta was built on a swamp and parts of it are subsiding and earlier this month flash floods killed more than 50 and displaced hundreds of thousands. 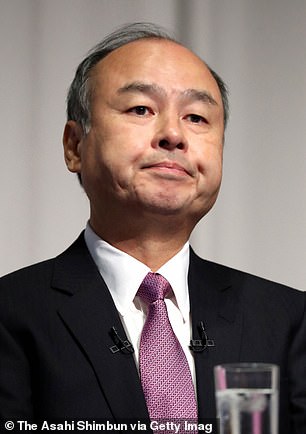 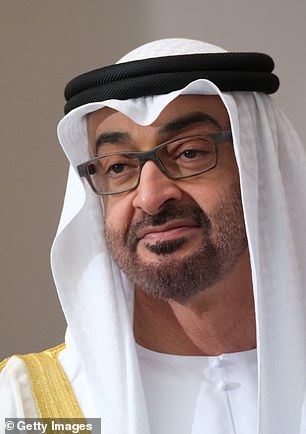 The committee will be headed by the crown prince of Abu Dhabi, Sheikh Mohammed bin Zayed (right) and will include Japanese billionaire Masayoshi Son (left) as an adviser 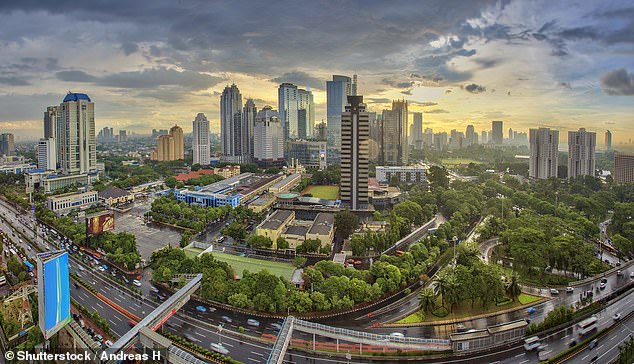 The move has been prompted by chronic traffic, overcrowding and severe flooding in the capital Jakarta (pictured) which has a population of 10million

The new capital will be built on a 445,000-acre site in East Kalimantan, Borneo, almost triple the size of Jakarta and less likely to be hit by natural disasters such as flooding and earthquakes.

However, much of the area is prone to forest fires caused by illegal deforestation.

Construction of the new capital is due to begin next year ready for 1.5 million civil servants to relocate there in 2024, at a cost of £26 billion.

Just under one fifth of that is intended to come directly from state funds and the rest from partnerships as well as direct investment from the private sector and state-owned companies.

He said: ‘We expected their presence would provide a confidence boost for prospective investors in the new capital.’ 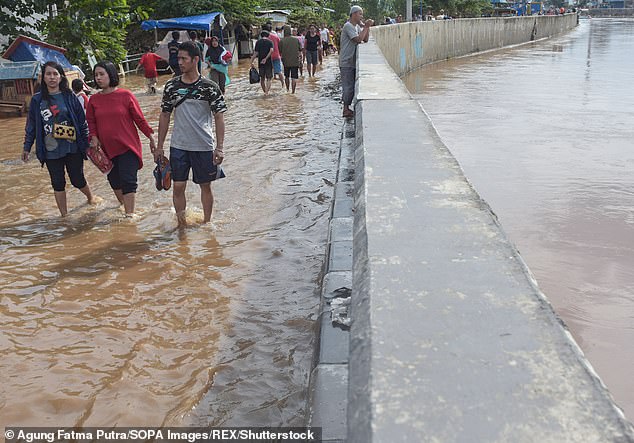 Around one-fifth of the cost is to come from the state budget and the rest from businesses, both state-run companies and the private sector.

The equatorial island of Borneo is divided between Malaysia, Brunei and Indonesia and is known for its tropical rain forests and orangutans.

It has large reserves of coal and offshore oil and natural gas and is an important producer of timber and palm oil.

Indonesia is archipelago nation of more than 17,000 islands, but currently 54% of the country’s nearly 270 million people live on Java, the country’s most densely populated area. 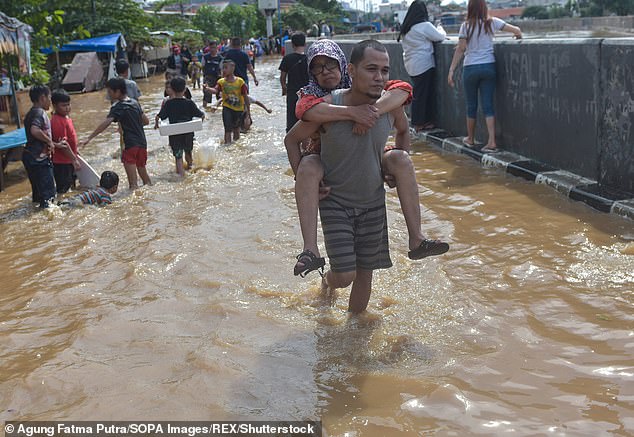