By Keith Griffith For Dailymail.com

Boeing is replacing the head of its commercial-airplanes division as it struggles with a crisis created by two deadly crashes of its newest airliner.

Boeing said Tuesday that Kevin McAllister is out as chief executive of Boeing Commercial Airplanes. He’s being replaced Stanley Deal, who has been leading the company’s services division.

The shake-up in Boeing’s top ranks comes just days after the release of internal communications that showed a senior test pilot experienced serious problems while testing flight-control software for the 737 Max on a simulator.

That software, called MCAS, is at the center of investigations into two crashes that killed 346 people and led to grounding of the Max. Boeing is taking much longer than executives expected to change the software and get the plane flying again. 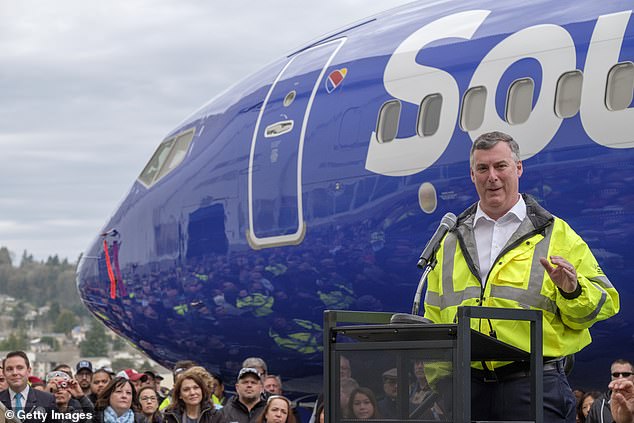 Boeing said Tuesday that Kevin McAllister is out as chief executive of Boeing Commercial Airplanes. McAllister is seen above dedicated a 737 Max in 2018

Boeing has come under harsh criticism for failing to turn over instant messages from a former pilot to the Federal Aviation Administration for months, prompting a demand for answers from the agency.

Deal joined Boeing in 1986 and was previously president and CEO of Boeing Global Services. Boeing is still working to win approval to unground the 737 MAX after the crashes that killed 346 people.

The management change was announced after Boeing’s board met in San Antonio.

Next week, Boeing’s chief executive, Dennis Muilenburg – who was stripped of his title as chairman by the board this month – will testify before Congress for two days. 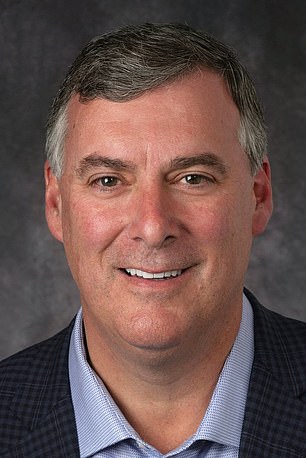 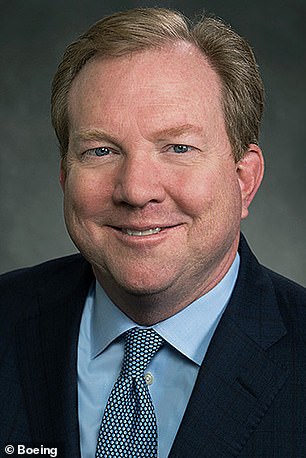 McAllister (left) being replaced Stanley Deal (right), who has been leading the company’s services division

‘We’re committed to delivering on our commitments and regaining trust with our regulators, customers and other stakeholders,’ Muilenburg said.

New board Chairman David Calhoun said the board backed the decisions.

‘Boeing will emerge stronger than ever from its current challenges and the changes we’re making throughout Boeing will benefit the flying public well into the future,’ he said in a statement.

Boeing stock closed up 1.77% for the day on Tuesday, after dropping sharply on Monday on word of the internal communications.

The 737 Max had been grounded worldwide since March, after the second of two fatal crashes that killed a total of 346 people.

Southwest Airlines, which operates the largest domestic 737 Max fleet, recently extended their cancellation of flights on the plans through at least February.