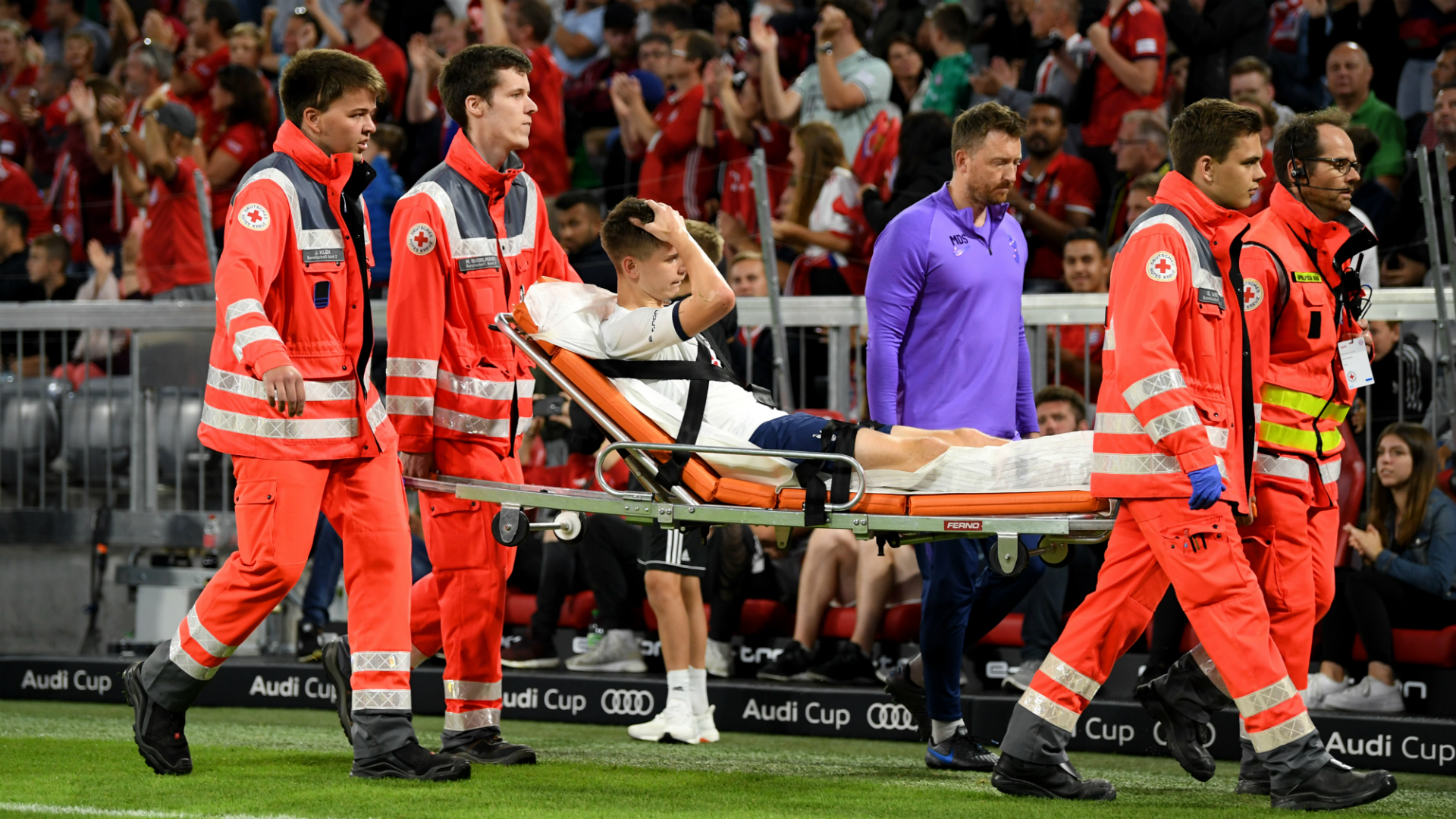 The 21-year-old was taken off on a stretcher during the second half of Wednesday’s pre-season clash at the Allianz Arena, where Spurs triumphed 6-5 on penalties after Bayern battled back from 2-0 down.

Foyth, who is usually a centre-half, has been featuring at right-back, with Spurs yet to replace Kieran Trippier after his move to La Liga side Atletico Madrid.

Pochettino is now awaiting an update on the Argentina international with the start of the Premier League season less than two weeks away as Tottenham host newly-promoted Aston Villa to open their campaign.

“I need to talk with the doctor now,” Pochettino told a post-match news conference.

“He twisted his ankle but at the moment I cannot update. I saw when he was leaving the pitch and he said to me his ankle was very painful.

Their opponents Bayern also suffered their own injury issues with Kingsley Coman hobbling off shortly after his second-half introduction – in addition to Serge Gnabry already being absent because of a problem picked up in the recent match against Fenerbahce.

France international Coman has had terrible luck with fitness throughout his career, while Bayern are yet to replace departed wingers Arjen Robben and Franck Ribery.

Coman has been tipped to step up in the absence of the veteran attacking duo and Kovac does not think the knock he took is serious.

“It does not seem too bad,” Kovac said to German broadcaster ZDF. “It was just a kick.”

The German champions begin their season with Saturday’s DFL-Supercup against Borussia Dortmund before an opening round DFB-Pokal Cup match away at Energie Cottbus on August 12.

Bayern’s Bundesliga title defence will commence at the Allianz Arena on August 16 as they host Hertha Berlin.