All immigrant children who are eligible for reunification will be back with their parents by a court-ordered Thursday deadline – but the fate of 711 additional children remained uncertain after they were deemed ineligible, immigration officials said late Thursday.

Officials with U.S. Immigration and Customs Enforcement and the Department of Health and Human Services said the Trump administration would meet a court-ordered deadline to reunite families that had been separated at the Southern U.S. border.

The families were divided as part of a zero-tolerance policy announced in April and reversed through an executive order that Donald Trump signed June 20. 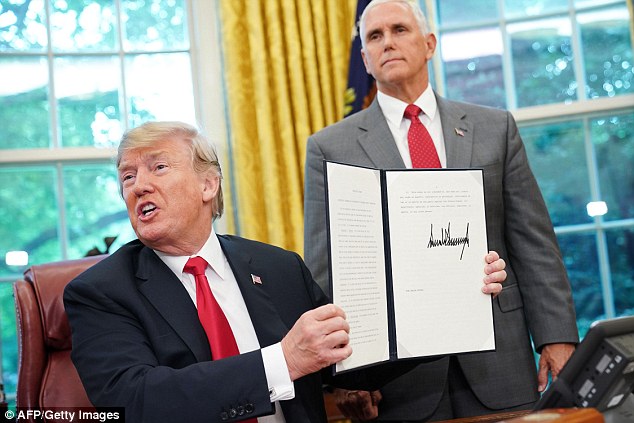 Donald Trump signed an executive order on June 20, 2018 aimed at putting an end to the controversial separation of migrant families at the border

A federal judge in California had previously ordered that all eligible migrant families be unified by end of day Thursday.

Check this out  Bumbling bridegroom in court after marrying second wife, after FORGETTING to pay for divorce

Immigrant advocates said they remain worried about the more than 700 children deemed ineligible for reunification and were uncertain the government would meet its target within the next several hours.

‘I’m skeptical that they will make the deadline,’ said Wendy Young, president of Kids In Need of Defense. ‘I think we need more scrutiny of the classification of parents as inappropriate for release.’

In cases where parents were deemed ineligible based on criminal convictions – particularly if their only crime was illegal entry to the country – ‘that doesn’t deem them unfit as parents,’ Young said.

According to the government’s latest numbers, 2,531 children were separated from their parents and 1,442 had been reunited by Thursday morning.

Check this out  Meet the college teen who has to carry around the $15,000 life-saving medication 24 hours a day

Another 378 had been discharged ‘in other appropriate circumstances,’ according to a government court filing. In those cases, a child may have been released to another family member or children may have reached the age of 18 while in government custody. 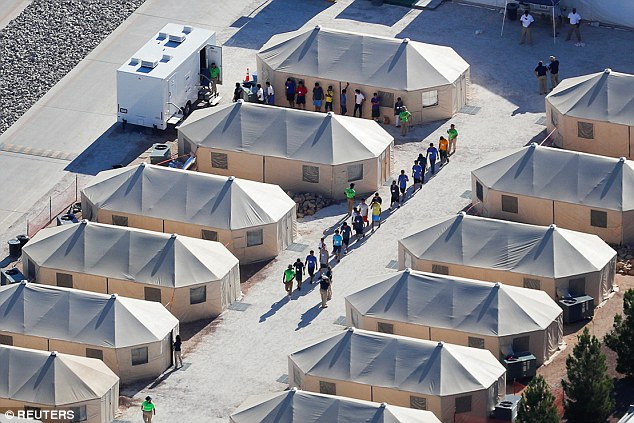 Immigrant children now housed in a tent encampment under the new ‘zero tolerance’ policy by the Trump administration are shown walking in single file at the facility near the Mexican border in Tornillo, Texas, U.S. June 19, 2018

Another 79 had parents who had been ‘released to the interior’ and seven remain in New York because they are plaintiffs as part of a court order in ongoing litigation.

Check this out  Wellwishers raise £16,000 in four days to celebrate life of Jack Merritt

Young said the fight for the children who are ineligible for reunification will continue.

‘We need to keep pushing the government,’ she said. ‘It’s the court oversight … that has gotten us as far as we have. We need to press them for reunification especially for the kids whose parents have been deported and they’ve been left behind.’

Officials declined to comment on what efforts, if any, would be made on behalf of children whose parents have been deported already, though they said some parents had voluntarily chosen to leave their children behind.

‘We look forward to working with the court on an appropriate path forward,’ said Chris Meekins, chief of staff of the Office of the Assistant Secretary for Preparedness and Response under HHS.

Officials said they did not have information on where deported parents were currently located.

‘We don’t keep track of people once they’ve been deported,’ Albence said.