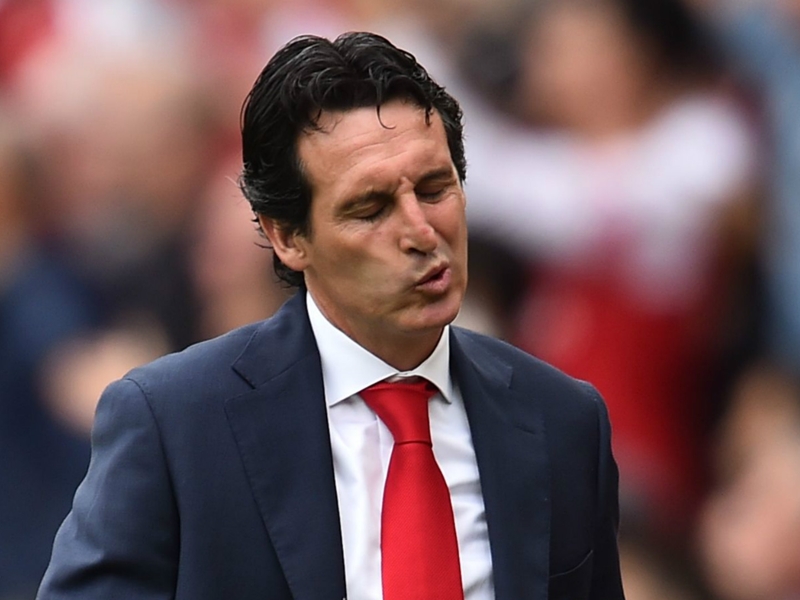 New season, same old problems with Arsenal’s defensive frailties being the bane of their existence

Unai Emery’s start to life at the Emirates could not have gotten off to a much worst start. Fans of Arsenal could not have been faulted for thinking that this season would be different from past ones, where the team had stagnated under legendary boss Arsene Wenger.

However Arsenal supporters might need to exercise their patience as Emery has yet to arrest the mediocrity that has come to be associated with the club in recent times. Part of the reason why Gunners fans have been excited was due to the managerial change and also because of the new key signings that would solve some of their long standing troubles, especially the defence.

Check this out  Transfer news: The latest rumours from Man Utd, Chelsea, Arsenal and all the top teams

Alas, it was not meant to be as the backline was constantly found wanting by a Manchester City side with a robust attacking force.  One of the main issues was Emery’s insistence on wanting his defenders and goalkeeper to play out from the back. It was clear to see however that his defenders weren’t comfortable with it and Petr Cech who is a traditional goalkeeper by nature, made too many errors that nearly cost his team.

Moreover watching Shkodran Mustafi and Sokratis Papastathopoulos resembled Pascal Cygan and Sébastien Squillaci at times with their poor positional play. Not surprisingly, Arsenal fans could be heard jeering as the game progressed as they felt they were seeing the same old narrative.

Check this out  Bupe Okeowo leads Sunnana's triumph over Ostersund

Now this is not good enough for a team that looks to return to winning more than just the FA Cup. And for Emery this does not enhance his reputation. The Spaniard was brought in to bring fresh ideas and to fix Arsenal’s issues especially its porous backline.

Signing Sokratis and expecting him to turn into Tony Adams is not what the fans had in mind. Granted time is still on his side as its only the first game of the season. However it might not be long before we see the wrath of the Arsenal fans and we all know what that is like.