Victoria Secret is making strides to celebrate diversity in femininity with a new collaboration featuring a transgender model.

Working in partnership with fellow lingerie brand Bluebella, it will showcase transgender model May Simón Lifschitz, 24, on the windows of its London and New York stores this Friday.

The brand’s Autumn/Winter 2019 collection will be worn by May and fellow models Olivia Sang, Laura Rakhman-Kidd and Ali Tate Cutler, whose diverse bodies represent different aspects of femininity.

From mid-October, images of diverse bodies will adorn the Victoria’s Secret London home and its flagship store in the Big Apple. 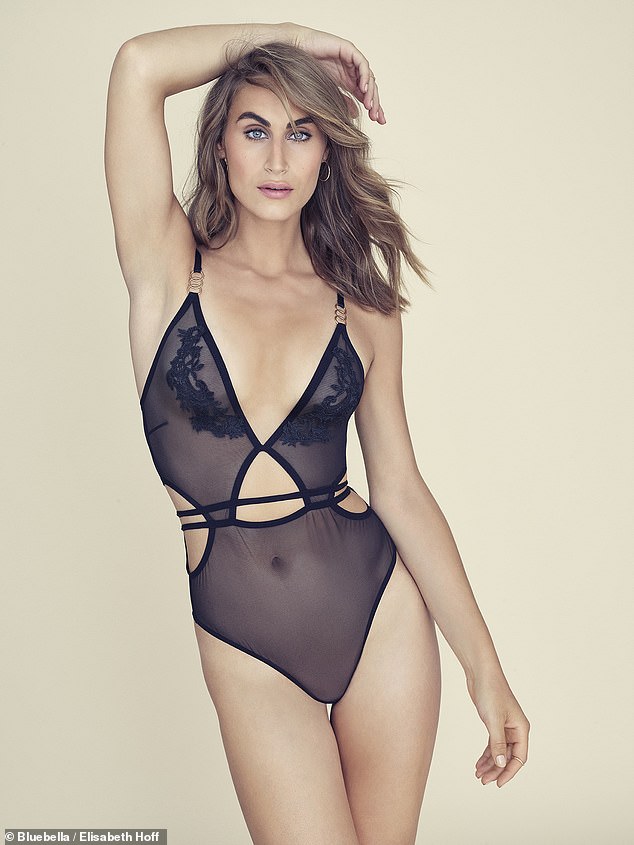 May Simón Lifschitz, 24, stars in lingerie line Bluebella’s collaboration with Victoria’s Secret, and will feature in the brand’s store windows in New York and London from Friday 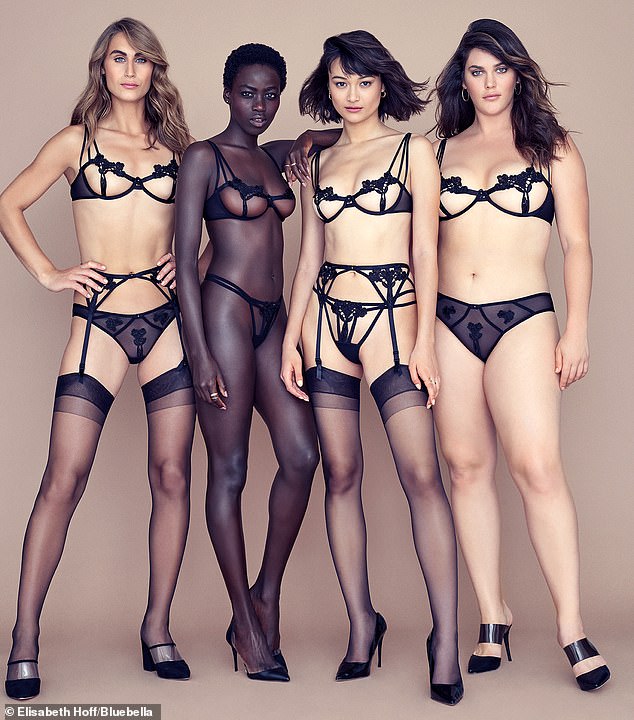 From left to right: May, next to Olivia Sang, Laura Rakhman-Kidd and Ali Tate Cutler. The four women showcase different bodies, ethnicities and ethos in the campaign

Born to a Danish mother and Argentine father, May said she was overjoyed at the idea of participating in the campaign, and had felt ‘liberated’ while posing for the posters.

‘By expressing vulnerability in general, I think we can help each other become stronger feminine beings,’ she said.

‘So I am very grateful that I have been given the chance to share and I feel very lucky for being part of a project with so much love in it.’

The model added that she felt empowered by her modeling career and other job opportunities. 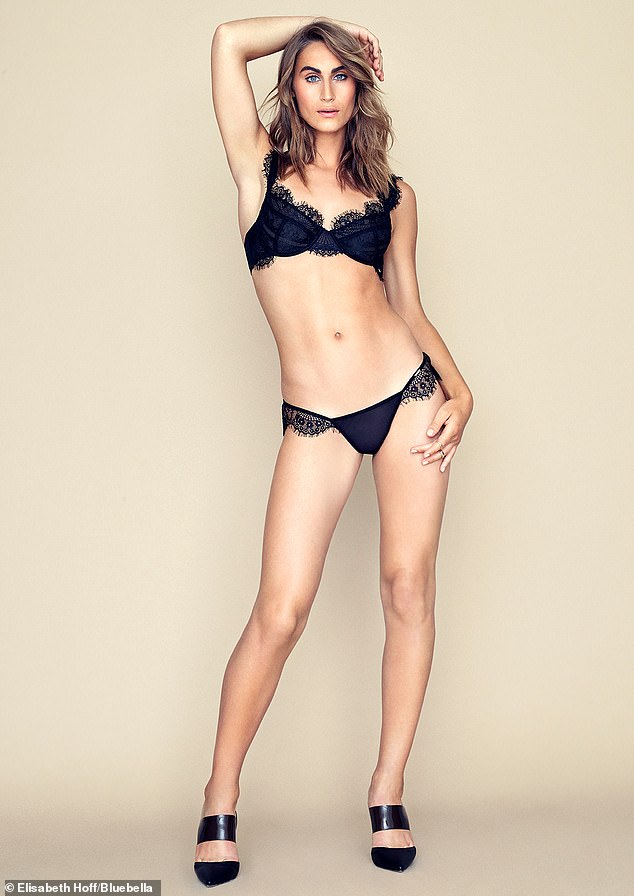 May (pictured) said she felt very grateful to be part of the campaign, which celebrates diversity 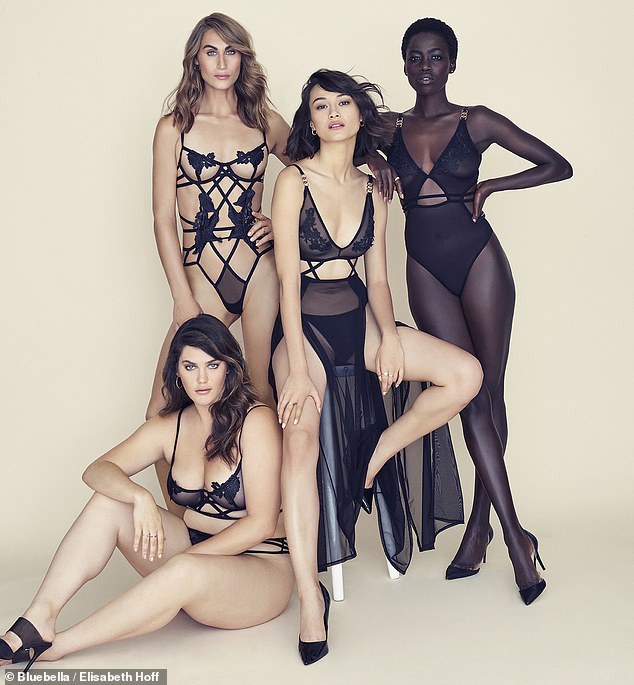 The campaign’s photographs will be showcased in Victoria’s Secret London and the New York city store from Friday. Pictured left to right: Ali, May, Olivia and Laura

‘I do feel strong in my position these days, and that I have something to share. And if you have the energy and power to make other people feel stronger about themselves by you yourself feeling strong, then you truly should share that gift,’ she said.

May started taking anti-testosterone hormones aged 16, when she started getting work as an androgynous model, and transitioned shortly after, making the cover of several publications in her native Denmark.

She explained: ‘I could suddenly move through spaces and be acknowledged as a feminine creature, acknowledged for the psyche that comes with being on that side on the spectrum.

‘I will never be 100 per cent happy with my body, like any other woman. But I choose to remind myself that I don’t need to “fix” myself constantly in order to reach that sense of love towards myself.’ 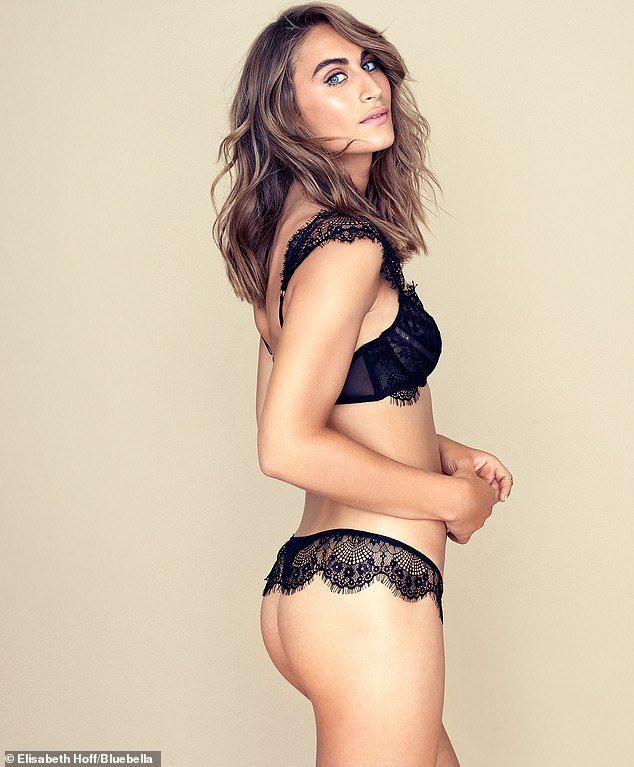 May, who kickstarted her transition aged 16 said it felt good to be acknowledged as a woman in her industry 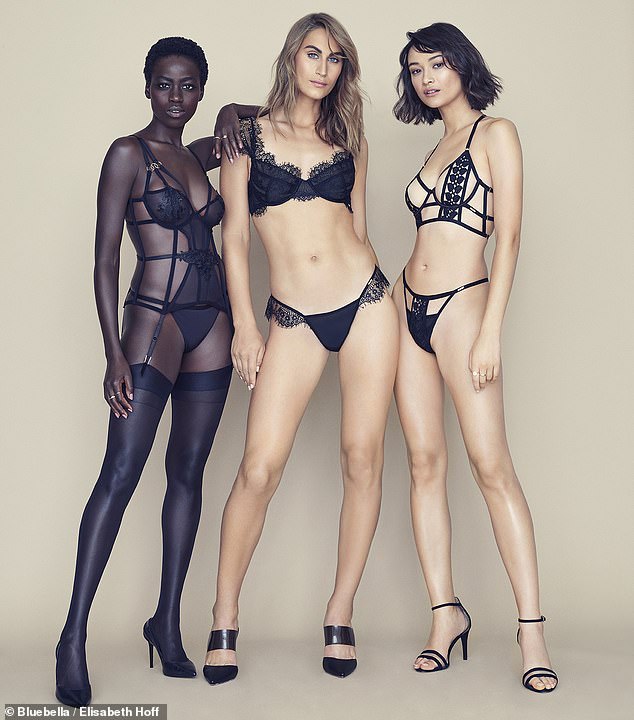 After being criticised for its lack of diversity, Victoria’s Secret made a U-turn, with this collaboration with Bluebella 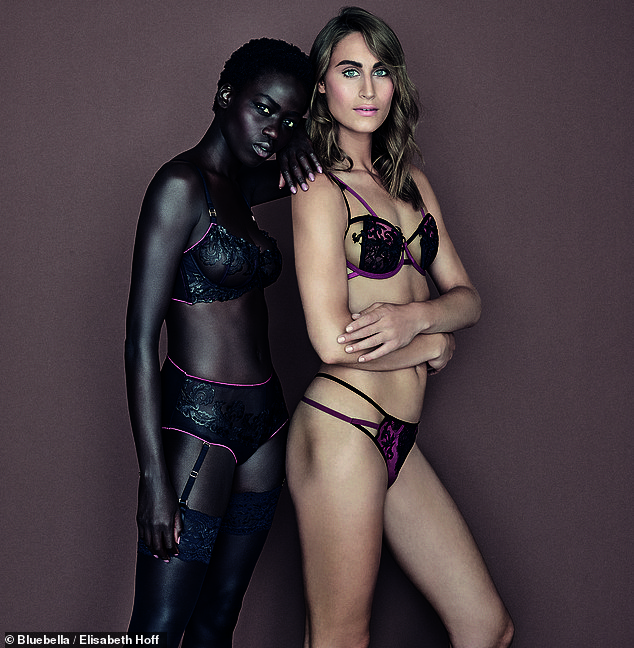 Olivia and May posing together for the campaign. May said she felt ‘strong’ in her position and career

The campaign will also feature a size 14 model – a first for Victoria’s Secret.

Body positivity activist Ali Tate Cutler said she hoped her involvement in the campaign would pave the way for plus-size women in the future.

She said: ‘I have been the size I am now since second grade and I felt very insecure.

‘When I first starting doing shoots I would look for fat rolls, but the more I modelled the more I felt less shame about my body and when I see a fat roll now I now think it looks cute. I feel free.’ 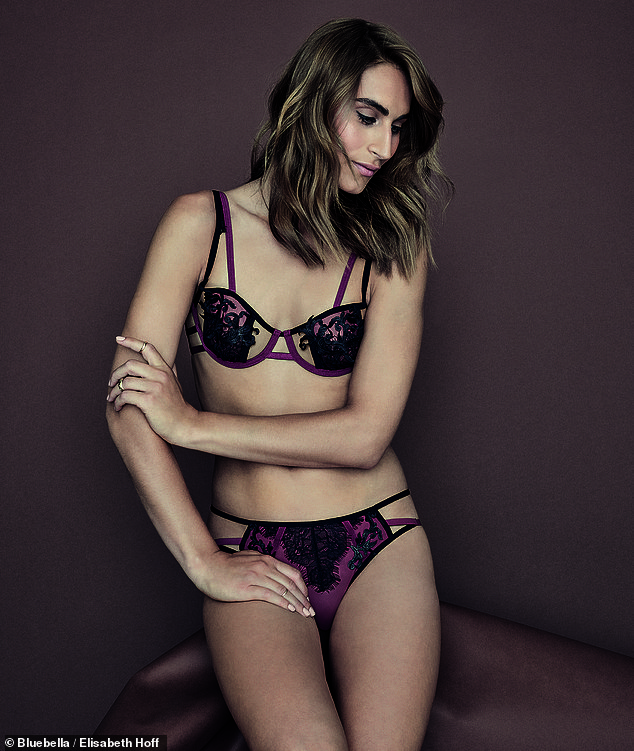 May said she felt empowered by a campaign that let her showcase her body, and added she is still learning to be ok with it, just like any other woman 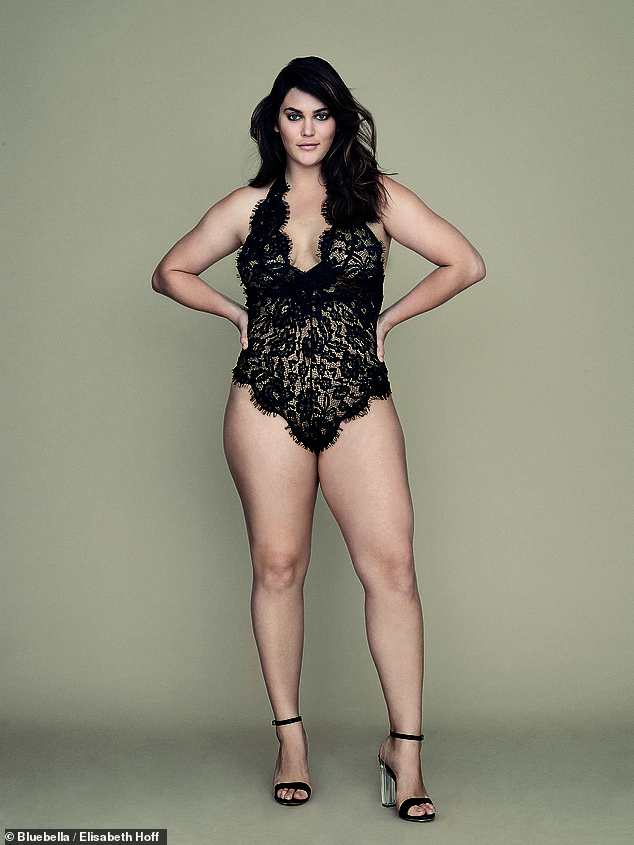 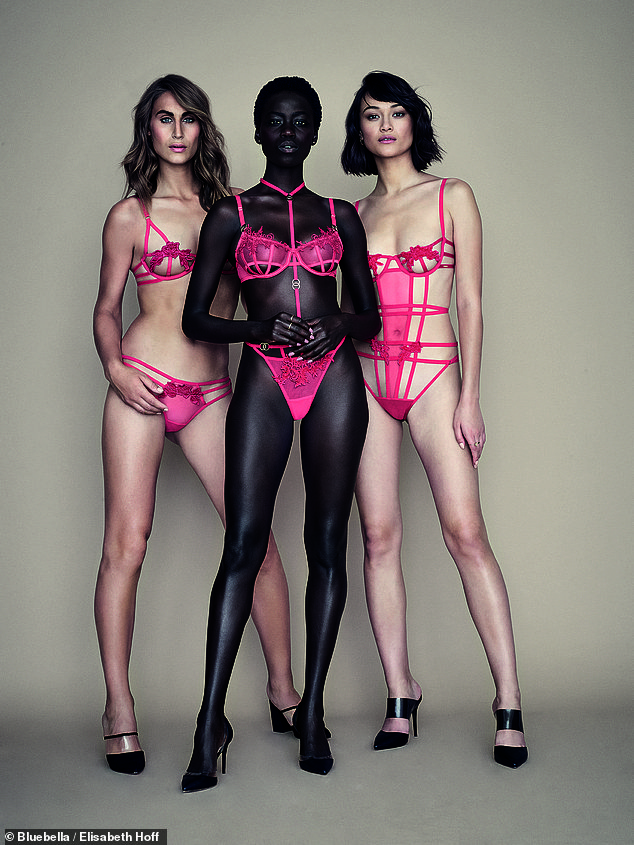 From left to right: May, Olivia and Laura embody confidence in the new collaborative campaign 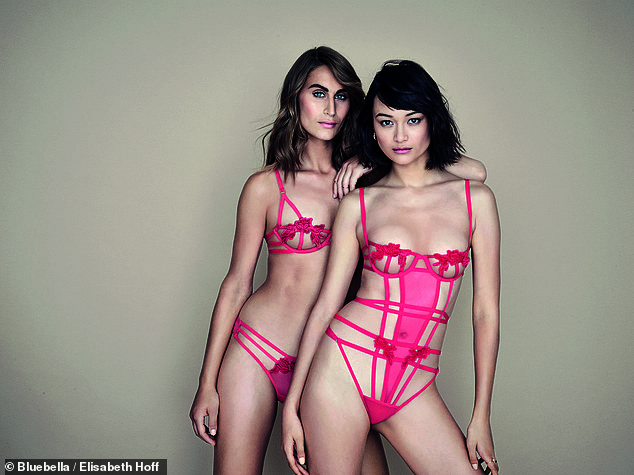 Ladies in red: May and Laura (pictured) sport some very daring numbers in the new diverse campaign

Whilst the models are not employed by Victoria’s Secret itself, it is a step forward for the lingerie giant which has been repeatedly criticised for its lack of diversity by consumers and activists.

Last year the brand’s chief marketing officer, Ed Razek, implied Victoria’s Secret would never hire transgender or plus-size models in order to stay true to its ‘fantasy’ – but quickly backtracked when faced with an international backlash.

In August Valentina Sampaio, from Brazil, became the first Victoria’s Secret transgender model, and is set to pose for the label’s Pink campaign. 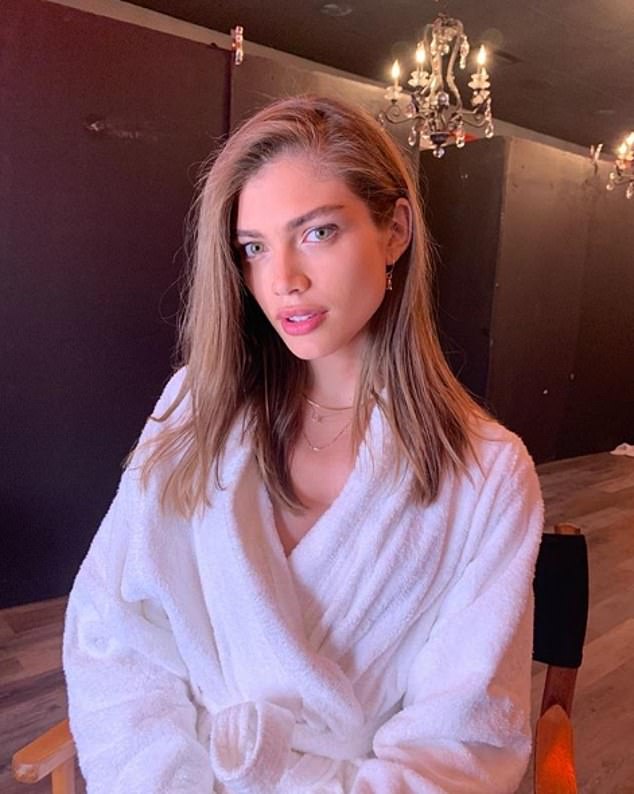 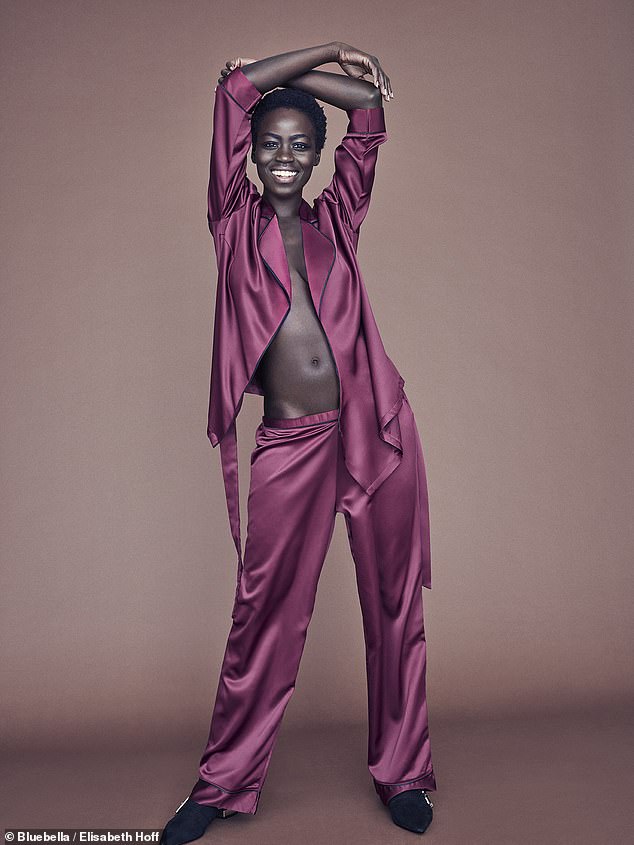 Olivia Sang, looking laid back in a silky purple pair of pyjamas from the brand’s loungewear collection 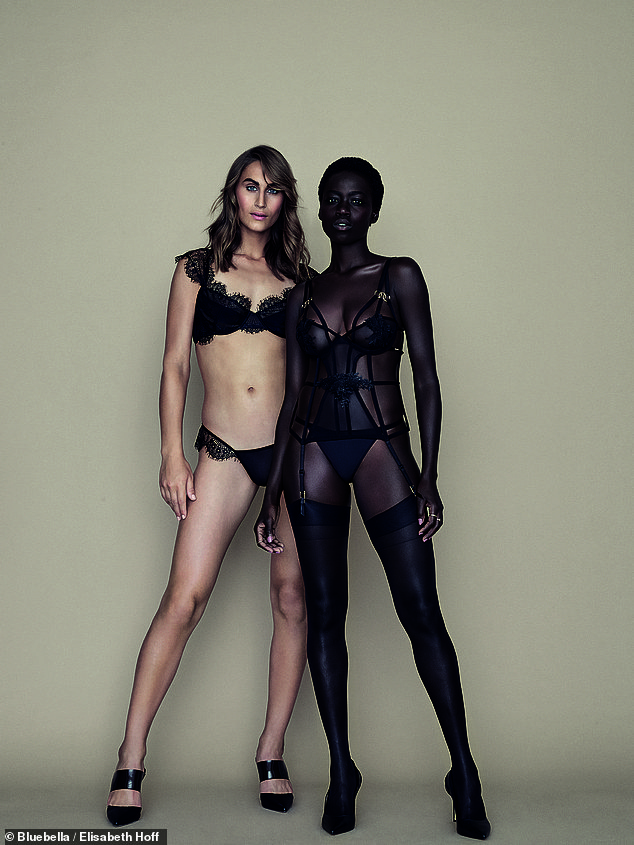 May and Olivia posing together for the campaign, which will be featured in the Victoria’s Secret London store and its New York flagship store from Friday