By Sophie Law For Mailonline

Walmart has removed violent video game displays but will continue to sell guns following recent shootings in two of its stores.

Employees were sent were sent a memo on Thursday, which circulated online, instructing them to ‘immediately’ remove ‘aggressive’ displays, including hunting videos and combat games.

It comes after 22 people were killed at a Walmart store in El Paso, Texas, just days after two managers where shot dead by a disgruntled worker in Southaven, Mississippi. 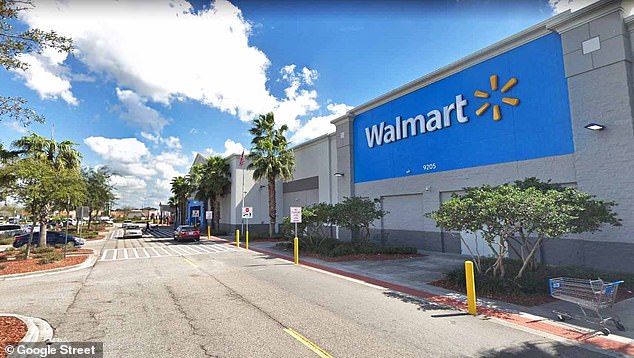 On Thursday, a 20-year-old man was stopped after he was filmed himself walking through a Walmart in Springfield, Missouri, wielding a loaded assault rifle and 100 rounds of ammunition while wearing a bullet proof vest.

It first appeared on social media, with Walmart confirming its decision was in light of ‘recent incidents’.

A spokesperson told USA Today: ‘We’ve taken this action out of respect for the incidents of the past week, and this action does not reflect a long-term change in our video game assortment’. 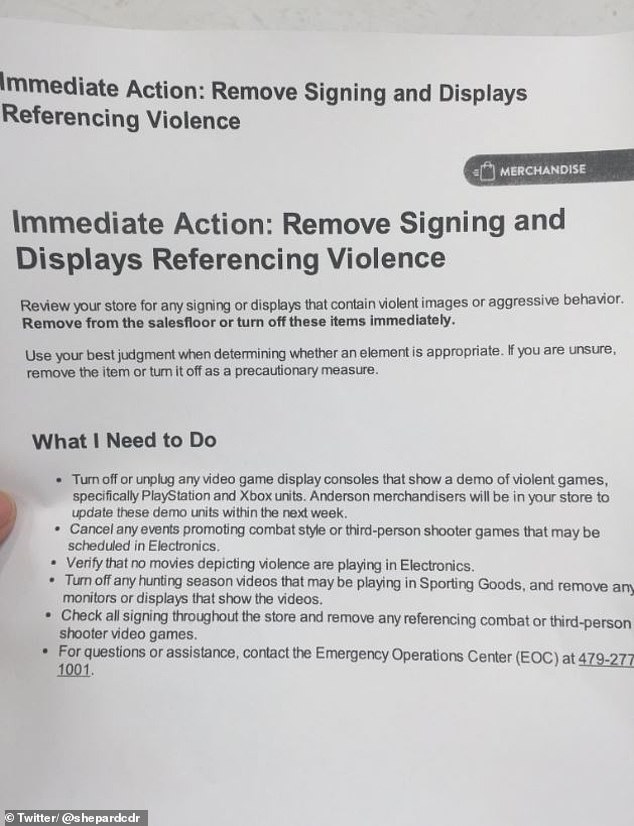 Employees were sent were sent a memo on Thursday, which circulated online, instructing them to ‘immediately’ remove ‘aggressive’ displays

Walmart officials said it will continue to sell guns, adding that there has been ‘no change in policy’, according to the publication.

Employees are now planning a mass ‘sick-out’ strike in the hopes to persuade the chain to stop selling guns and ammunition.

According to CNN, three co-workers emailed more than 20,000 employees within the company on an internal messaging system to call for the ‘sick out’.

A second letter was then sent urging employees who were unable to call in sick to wear black in solidarity and to sign a petition.

Walmart says it will rethink the company’s approach to gun violence, claiming it will be ‘thoughtful and deliberate’. 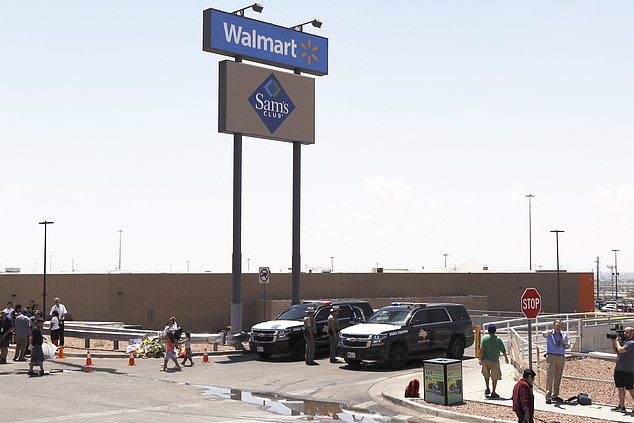 It comes after 22 people were killed at a Walmart store in El Paso, Texas (pictured), just days after two managers where shot dead by a worker in Southaven, Mississippi 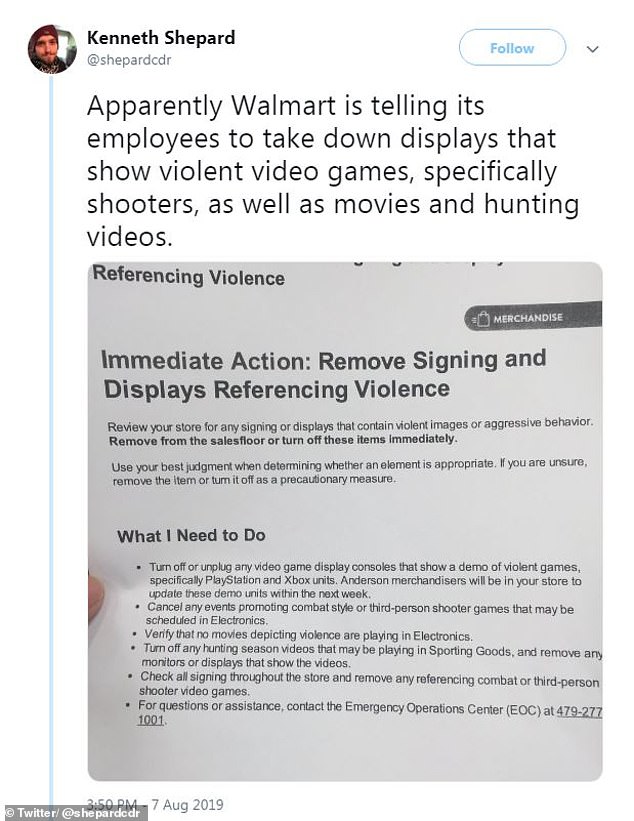 It first appeared on social media, with Walmart confirming the decision in light of ‘recent incidents’

CEO Doug MicMillon said in a statement posted on Facebook: ‘We will be thoughtful and deliberate in our responses, and we will act in a way that reflects the best values and ideals of our company, with a focus on serving the needs of our customers, associates and communities.’

It comes after President Donald Trump blamed ‘gruesome and grisly video games’ for violence as he made a statement at the White House following the shooting in El Paso.

Walmart is one of the largest retailers of guns and ammunition in the world, and only sells handguns in Alaska. As of last year, it stopped selling guns to anyone under the age of 21.