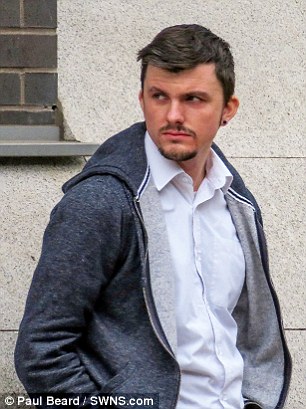 A rapist who had sex with a woman after he mistook her protests as part of her interest in fetish foreplay and sadomasochism has been jailed for three-and-a-half years.

Jordan Eite, 23, was invited to the flat by the victim, who cannot be named for legal reasons, after they met online and she told him she had a bondage fetish.

A court heard they exchanged messages on Facebook which developed into being flirty and sexual, with her revealing an interest in sadomasochism.

The woman, who has a boyfriend, asked Eite round to her flat where they ‘kissed and cuddled’ before he stripped to his boxer shorts and got ready to stay to the night.

He said they kissed some more in the room where there was a whip and a riding crop before he pulled on her hair ‘which she seemed to enjoy’.

Eite decided to take things further after she touched him underneath his clothing and he groped her over her clothing.

The pair then had sex despite her protests, which Eite claimed he thought was due to her kinky interest in sadomasochism.

He told police they had not agreed a ‘safe word’ beforehand and had misinterpreted her saying ‘no’ and being part of ‘fetish foreplay’.

Eite, of Rugby, Warkshire, denied raping the woman but changed his plea to guilty on the first day of his trial at Warwick Crown Court on Wednesday. 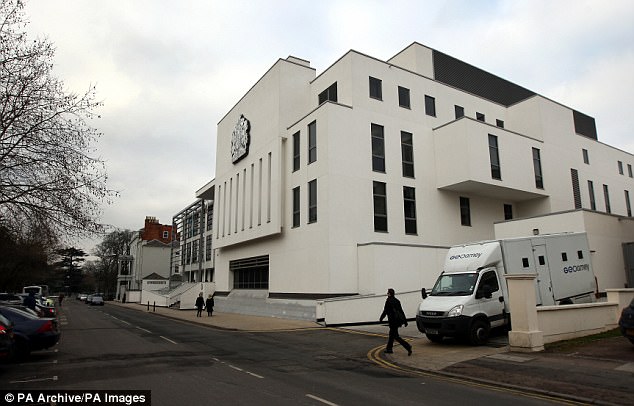 Check this out  Degenkolb masters cobblestones as Porte crashes out of...

Eite, of Rugby, Warkshire, denied raping the woman but changed his plea to guilty on the first day of his trial at Warwick Crown Court (pictured) on Wednesday

He was jailed for three-and-a-half years and ordered to register as a sex offender for life.

Sentencing, Richard Griffith-Jones said: ‘Rape, it need hardly be said, is always a grave crime, and the sentencing guidelines reflect that fact.

‘The circumstances of this crime are relatively unusual.

‘At the time, you were 20, and you were a naive young man, and you formed a friendship with the complainant on social media.

‘She, as she’s quite entitled to do, enjoyed a flirtation with you which involved a sharing by her of intimate desires and characteristics she had with regard to sexual pleasure.

‘But there was a fundamental misunderstanding which arose from your belief, for which there were no reasonable grounds.

‘It is one thing for someone to agree to what is, in effect, theatre to accentuate sexual pleasure, with all the safeguards that are necessary.

‘It is another for there to be no agreed theatre, but over-excitement on your part, and for that to overbear the fact that there is a right for someone to say no to sexual intercourse.

‘There was accepted intimacy short of intercourse, but it remains an obvious right for someone to say no.

‘She said that to you on a number of occasions, and you ignored that and, frankly, helped yourself.

Check this out  Ole Miss: Donor wants his name removed after 'racial' post

‘This is a very sad situation in which there are no winners.

‘The fact remains that the basis on which you pleaded guilty on the day of trial, although a brave and honourable decision, is one you could have taken earlier.’

Prosecutor Tom Walkling said the incident took place in early 2016 after Eite and the woman had met each-other through Facebook and exchanged messages. 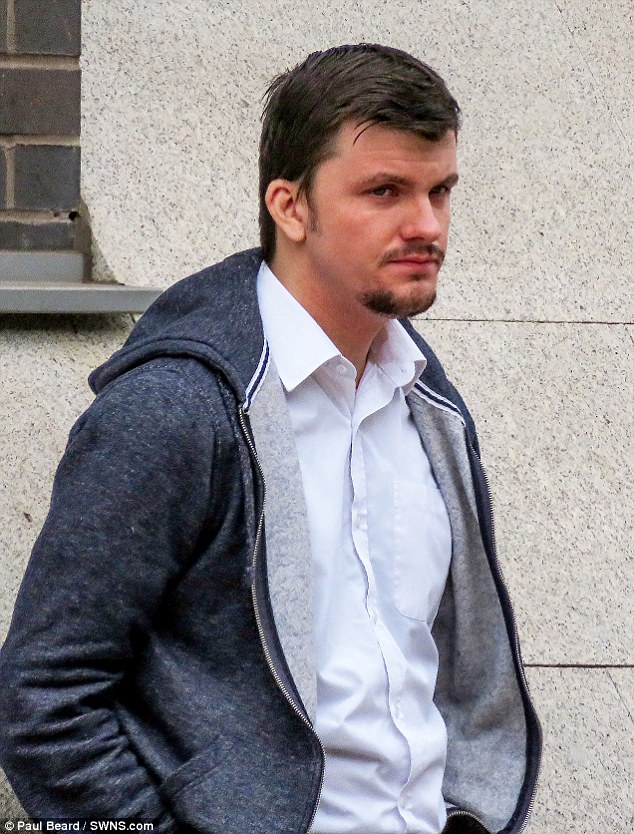 The woman, who has a boyfriend, asked Eite round to her flat where they ‘kissed and cuddled’ before he stripped to his boxer shorts and got ready to stay to the night

She invited him to her flat, and when he arrived, her flatmate and another person were there as well.

In Eite’s basis of plea he said the other two went to bed, and he offered to leave, but she told him he could stay and pulled out a sofa bed for him to use.

Mr Walkling said: ‘He decided to take things further, and in his state of arousal, he penetrated her, believing she was consenting, but he now accepts that belief was not reasonable.’

Eite eventually stopped, and when he was leaving after getting dressed, she kissed him goodbye.

She later sent him a message asking if he had got home safely, followed by another saying she just wanted to be friends, ending with four x’s.

The woman finally made a complaint to the police a week later, and Mr Walkling said: ‘She made it clear that she explicitly told him ”no,” and that she did not want to have sex.

Check this out  Mad Max: Fury Road beats Star Wars: The Force Awakens to the 'greatest film of the century' title

‘He appears to have interpreted that through the lens of her interest in sadomasochism.’

Deputy Judge Richard Griffith-Jones told the court: ‘Having been unhappy about being made to have intercourse, she spoke to her flatmate and then to her boyfriend.

‘He was angry with her for having flirted and also angry with the defendant, and said ”If you don’t report it, I will.”’

Mr Walkling said: ‘He conceded that when he pressed on with what he thought was fetish foreplay, her saying stop and trying to push him away, it was at least sexual assault.

‘They both agree that no ”safe word” was ever agreed between them.

‘No agreement had been made in advance, as would be usual for couples in such circumstances.’

Graeme Simpson, defending, argued that because of the unusual circumstances, the rape was at the lowest level under the sentencing guidelines, which the judge agreed.

Mr Simpson said there was a delay of about a year before Eite was charged, and he had now trained in bar management and has a stable relationship with a girlfriend who was standing by him.