What is ‘jolabokaflod’? The Icelandic tradition of giving BOOKS as gifts on Christmas Eve so friends and family can read them that night

By Carly Stern For Dailymail.com

Bookworms worldwide may want to consider adopting an Icelandic Christmas tradition this year.

Every Christmas Eve, the Icelandic people practice something called ‘jolabokaflod,’ which translates to ‘Christmas book flood.’

Jolabokaflod involves giving books as presents on Christmas Eve, so that friends and family can spend the cozy night in curled up with a good story. 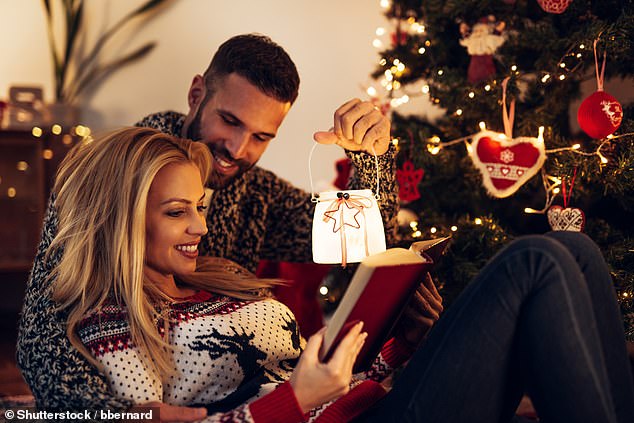 Books! Every Christmas Eve, the Icelandic people practice something called ‘jolabokaflod, ‘in which they give books as presents so that friends and family can spend the night reading

‘The culture of giving books as presents is very deeply rooted in how families perceive Christmas as a holiday,’ Kristjan B. Jonasson, president of the Iceland Publishers Association, told NPR.

‘Normally, we give the presents on the night of the 24th and people spend the night reading. In many ways, it’s the backbone of the publishing sector here in Iceland.’

That’s one of the reason that the majority of books sold in Iceland fly off shelves between late September and early November.

And it’s a lot: The country may only have a population of about 339,000, but it publishes more books per capita than any other country in the world.

According to The Reykjavik Grapevine’s Hildur Knutsdottir, the tradition goes back to World War II, when very little in terms of gifts could be imported to Iceland.

But restrictions on paper products were more lenient, so books became popular choices — and remained so.

The tradition is still a popular one decades later, with people mostly giving hardcover books to one another the night before Christmas.

And while e-books are increasingly popular elsewhere in the world, they haven’t quite caught on the same way in Iceland where, according to one study, 93 per cent of people read at least one book a year.

‘The book in Iceland is such an enormous gift, you give a physical book. You don’t give e-books here,’ Bryndís Loftsdottir, project manager for Icelandic books at the book chain Penninn-Eymundsson, told NPR.