The stage is set for another series of knife-edge Brexit votes in the coming days as Boris Johnson tries to force his deal through the Commons before October 31.

Mr Johnson agreed a new deal in Brussels last week but MPs need to give it their backing before it can take effect.

The Prime Minister will this week bring the necessary legislation to Parliament as he tries to succeed where Theresa May failed and get his deal passed.

However, the Bill is likely to face wrecking amendments from the opposition and Labour have said they will try to attach a second referendum or ‘People’s Vote’.

The PM also faces battles on other fronts, as Brussels decides whether to grant an extension after Mr Johnson was forced to request one last night.

He may also face a court battle as Remainers accuse him of flouting the law by telling Brussels he does not really want a delay.

Here, we look at what could happen in the coming days. 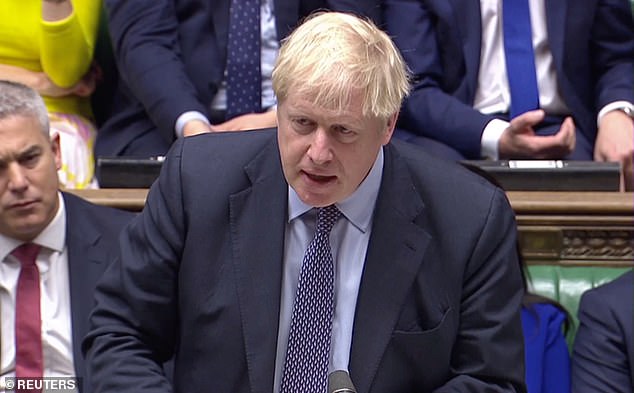 What does Boris Johnson need to do to pass his Brexit deal in Parliament?

To get his deal passed, Mr Johnson needs to do two things.

First, he needs to win a ‘meaningful vote’ in the Commons to approve the deal in principle – the hurdle which Theresa May failed to overcome.

Second, he needs an Act of Parliament to implement the deal in British law. The Bill is expected to be introduced on Tuesday.

Such a Bill has to go through several stages in the Commons and also has to be approved by the House of Lords.

As a result, the Government will need to win not just one but several votes in Parliament in the coming days.

With the DUP opposing the deal, Mr Johnson has no majority on his own side and will have to rely on votes from rebel Labour MPs to get the deal passed.

The 21 Tory rebels who were expelled last month, including Kenneth Clarke and Philip Hammond, will also prove crucial.

The votes are expected to be extremely close. 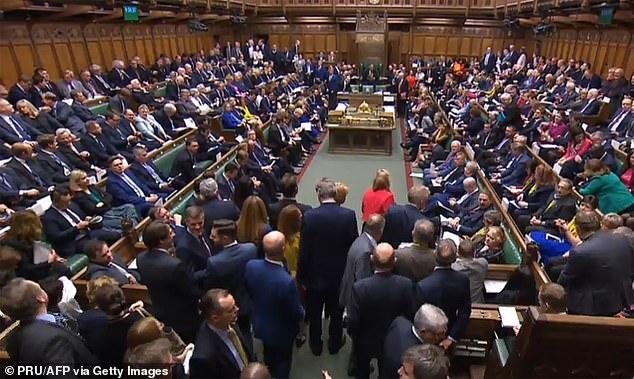 What will happen on Monday?

Jacob Rees-Mogg, the leader of the House of Commons, said the Government wants to try again with a ‘meaningful vote’ on the Brexit deal on Monday.

The PM had hoped to hold such a vote yesterday, when the Commons met on a Saturday for the first time since 1982.

However, MPs voted to effectively postpone their decision until the legislation had been passed.

Commons Speaker John Bercow may now throw a spanner in the works by ruling a second attempt out of order.

Opposition MPs raised doubts over whether MPs could return to the same question when they had already decided to delay their decision.

Earlier this year Mr Bercow ruled that Theresa May could not keep bringing the same withdrawal deal back to the Commons after it was rejected.

Meanwhile, a court case against the PM will resume in Scotland on Monday (see below). 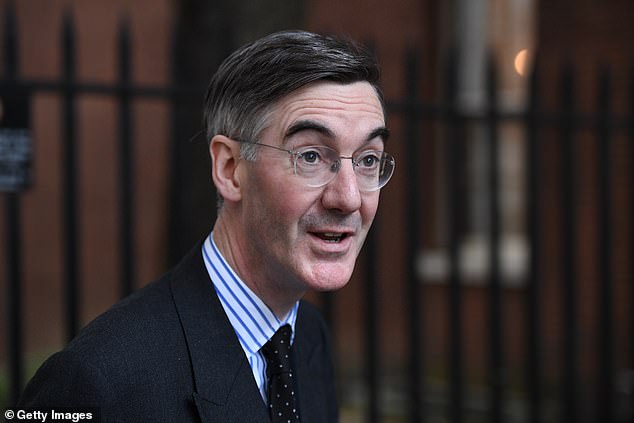 Jacob Rees-Mogg (pictured), the leader of the House of Commons, said the government wants to try again with a ‘meaningful vote’ on Monday

What will happen on Tuesday?

The Government is expected to bring forward the Withdrawal Agreement Bill on Tuesday.

As the Bill goes through Parliament, pro-Remain parties will try to attach amendments to it.

Two Labour frontbenchers, Keir Starmer and John McDonnell, said today that the party would back efforts to attach a second referendum to the legislation.

Labour wants a referendum or ‘People’s Vote’ with an option to cancel Brexit altogether.

One unnamed SNP member has been quoted as saying that the Bill will be ‘disfigured’ by the amendments.

If the opposition succeed in changing the Bill, some of Mr Johnson’s own side may be more reluctant to support it.

The so-called Tory ‘Spartans’ who refused to back Mrs May’s deal appear to be on board with Mr Johnson for now but their support could waver if the Bill is watered down. 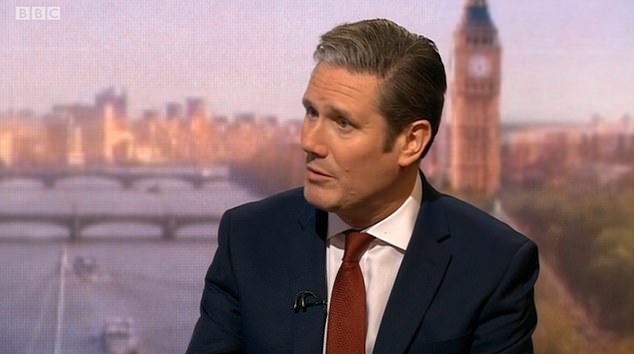 What about the letters sent last night?

Under the terms of the so-called Benn Act, which was passed against the PM’s wishes, Mr Johnson was compelled to write to the EU asking for a three-month Brexit extension last night.

He told the Commons: ‘I will not negotiate a delay with the EU, and neither does the law compel me to do so.’

First, there was an unsigned photocopy of the request he was obliged to send under the Benn Act, requesting a delay until January 2020.

It was followed by a letter explaining why the Government did not actually want an extension.

There was also an explanatory letter from Sir Tim Barrow, the UK’s ambassador to the EU, saying that the request was ‘as required’ by the Benn Act.

The Act is intended to stop a No Deal Brexit on October 31. 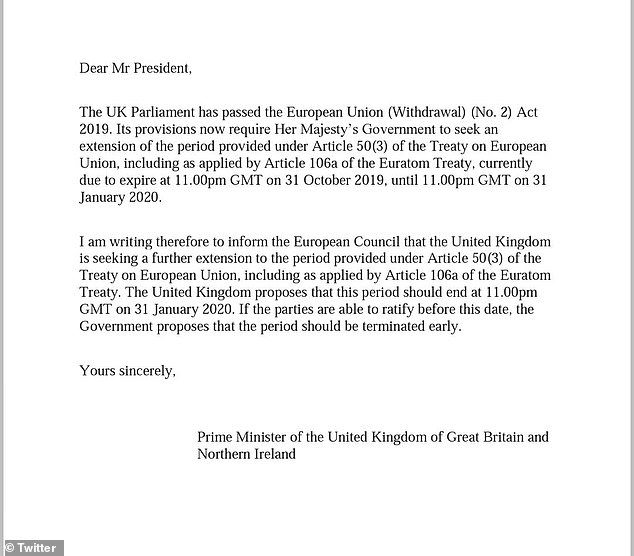 Will the EU agree to an extension?

Unclear. European Commission chief Jean-Claude Juncker said last week there was ‘no need’ for another delay, but it is not his decision to make.

The decision will be taken by the leaders of the 27 remaining EU states, including Angela Merkel of Germany and Emmanuel Macron of France.

Mr Macron has previously been sceptical of Brexit delays, but EU leaders may be unwilling to risk a No Deal scenario.

Brussels could also decide to sit on the letter and wait and see whether Mr Johnson can get his deal through Parliament before October 31.

The Prime Minister insists he can get his legislation passed before then, meaning Britain could leave without a further delay.

He has repeatedly promised to leave on October 31 ‘do or die’ and will be reluctant to break that promise. 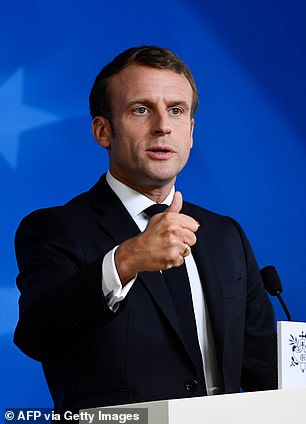 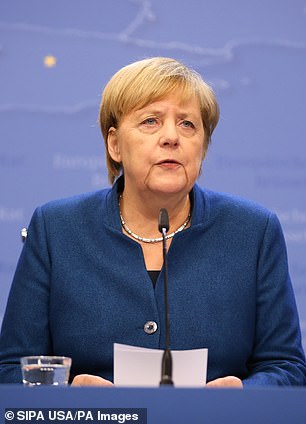 Can there still be a No Deal Brexit?

The Commons vote yesterday was intended to head off the possibility of a No Deal Brexit by effectively forcing Mr Johnson to demand a delay.

But if the EU refuses, Parliament would have a race against time to pass the deal before October 31 and prevent a cliff-edge exit.

Will there be an emergency EU summit?

If the PM gets the Withdrawal Agreement Bill through, there could be a special gathering of leaders on October 28.

If the deal needs more time at that stage to get through Parliament, leaders could agree to a short ‘technical’ extension.

Will the PM face another court battle?

Remainers will resume their court battle against Mr Johnson tomorrow, arguing that he flouted the ‘spirit’ of the Benn Act by telling Brussels he did not really want a delay.

The PM and his allies say he complied with the law by sending the request to Brussels last night. 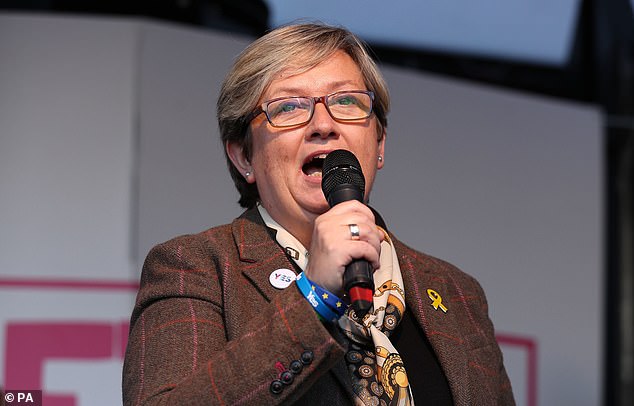 However, Labour’s John McDonnell today accused the PM of ‘clearly trying to undermine’ the request with his separate letter.

Attention in legal circles has turned to the little known ‘Padfield principle’ stating that ministers cannot try to frustrate the purpose of a law.

Mr Johnson has already faced one embarrassing court defeat when the Supreme Court ruled that his five-week suspension of Parliament was unlawful.

Will there be a General Election?

Boris Johnson has already tried twice to force an early election but his plans were scuppered by opposition MPs.

Labour has said it will back an election when a No Deal exit is ‘off the table’ – which is not yet the case.

Jeremy Corbyn’s party has previously voiced fears that Mr Johnson would force through a No Deal while Parliament was dissolved.

However, Mr Corbyn may back an election if another Brexit delay is agreed.

Alternatively, Mr Johnson could try to force an election without Labour support, but that could get him bogged down in further parliamentary manoeuvring.