The widower of campaigning doctor Kate Granger has found love again two years after the death of his wife.

Chris Pointon announced on Twitter this week he had met a new partner, actress Rachael Delaney – adding: ‘It’s what Kate dearly wished for.’

Kate was the founder of the #hellomynameis campaign, encouraging healthcare staff to introduce themselves to patients. 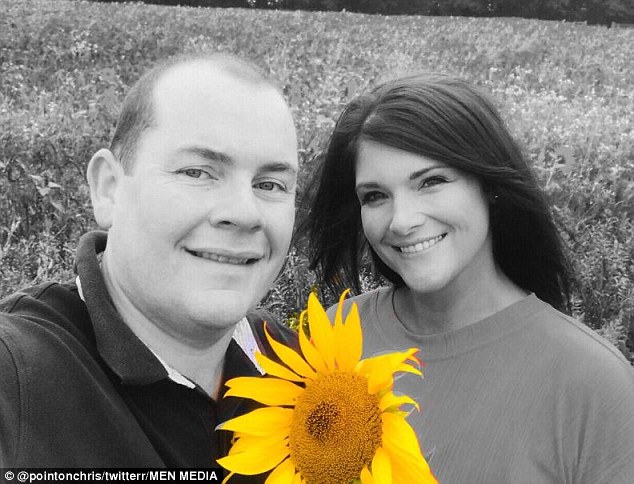 Alongside a beautiful picture of himself and Rachael (above), Chris tweeted: ‘As many of my friends & family will know my late wife @grangerkate & I often talked about ‘life after kate’ for me & what our wishes were for the rest of my life… She wanted me to be happy, to meet someone & to share my love & happiness to others

Rachel is an actress and drama teacher that’s starred in Emmerdale and Hollyoaks.

Alongside a beautiful picture of himself and Rachael, Chris tweeted: ‘As many of my friends & family will know my late wife @grangerkate & I often talked about “life after kate” for me & what our wishes were for the rest of my life… She wanted me to be happy, to meet someone & to share my love & happiness to others.

‘This is something as a widower is difficult to comprehend and even more so to instigate however i want to thrive in life not merely survive, i want to love again not merely have been loved and i know i have so much to give and its what kate dearly wished for…. im delighted to say that i have met someone who loves me for me and for everything that comes with me. She respects and remembers Kate and knows she will always be part of our lives….

‘Thank you to everyone for your love, support and kindness in helping me throughout the last 2 years and also in advance of exciting times ahead….. my friends and family mean everything to me…

‘Live life to the full with no regrets all…’

Chris’s tweet has been met with an outpouring of love and support.

One person replied: ‘I’m actually crying (happy!) at this Chris – she was so, so adamant that the most important thing was that you find someone to keep sharing life’s adventures with. Couldn’t be more pleased for you both xx’

Pop Idol vocal coach Carrie Grant replied: ‘Beautiful Chris, so pleased for you. Love knows no boundaries, it is life-giving, it heals the heart, it champions, it breaks through, it brings hope and a future. Love never fails.’

And third replied: ‘This has totally filled my day with happiness & brought a tear. X’

Kate died on July 23, 2016, just three days after raising £250,000 for the Yorkshire Cancer Centre in Leeds – a challenge that was part of her bucket list.

In 2014 NHS England launched the ‘Kate Granger Awards for Compassionate Care’ and again in 2015 she was awarded an MBE for her services to the NHS and improving care. 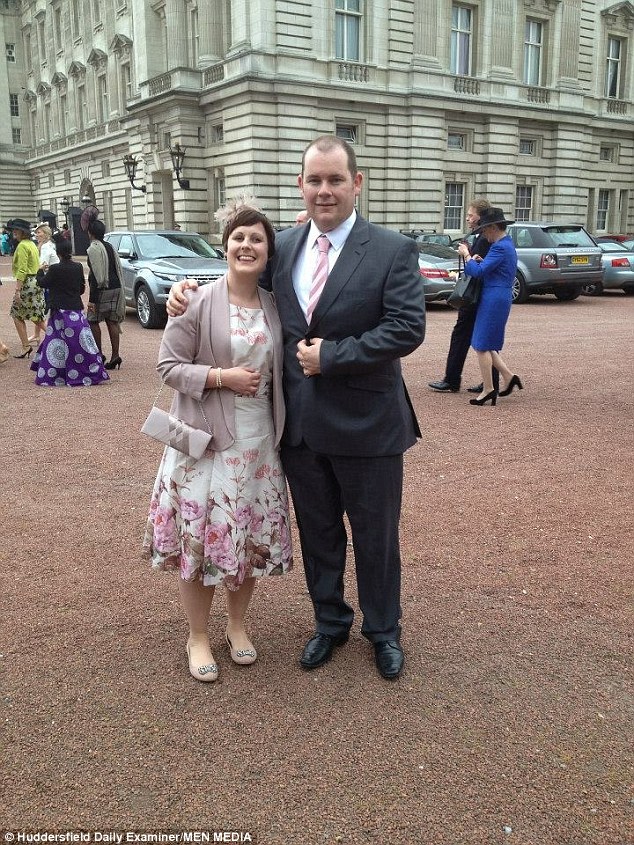 Dr Granger (pictured with Chris) died on July 23, 2016, just three days after raising £250,000 for the Yorkshire Cancer Centre in Leeds – a challenge that was part of her bucket list

While she was ill, she set up the #hellomynameis campaign encouraging NHS staff to introduce themselves to patients.

After surgery in 2013, Dr Granger developed sepsis and had to spend a long spell in hospital – where she realised many medical staff never introduced themselves by name.

At the time, she said of her experience: ‘I’m a doctor, but also a terminally ill cancer patient.

‘During a hospital stay in August 2013 with post-operative sepsis, I made the stark observation that many staff looking after me did not introduce themselves before delivering my care. 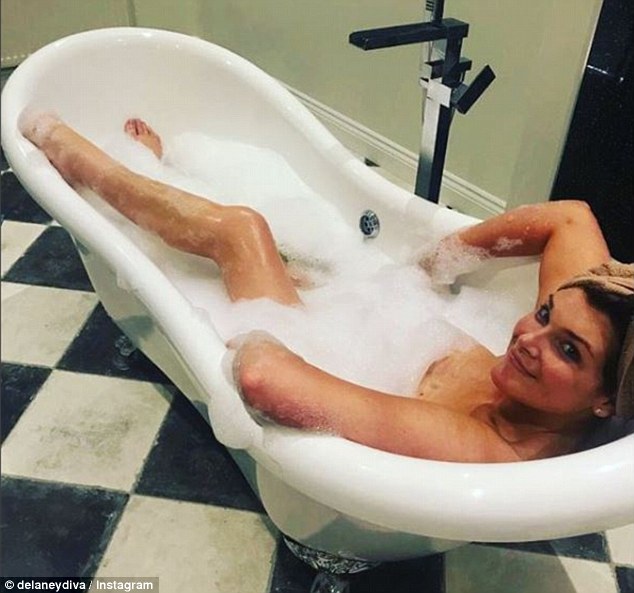 ‘It felt incredibly wrong that such a basic step in communication was missing.

‘After ranting at my husband during one evening visiting time he encouraged me to ‘stop whingeing and do something!’

‘We decided to start a campaign, primarily using social media initially, to encourage and remind healthcare staff about the importance of introductions in healthcare.

‘I firmly believe it is not just about common courtesy, but it runs much deeper. 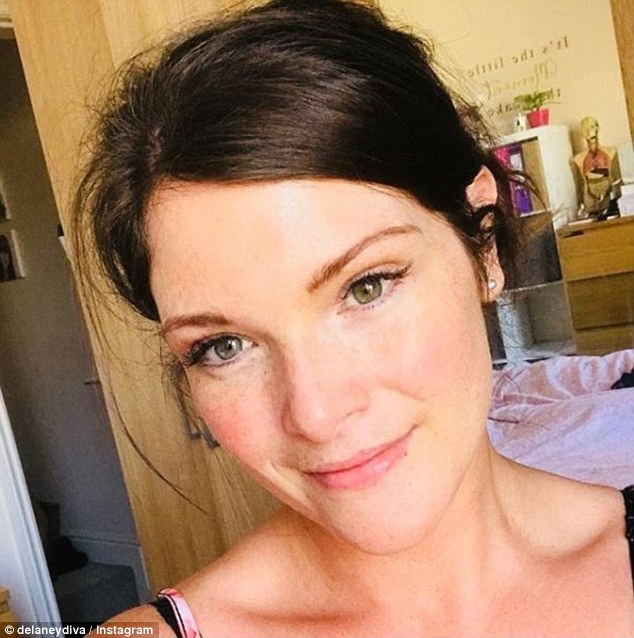 Pictured: Chris’ new love Rachel. He said his late wide wanted him ‘to be happy, to meet someone & to share my love & happiness to others’ 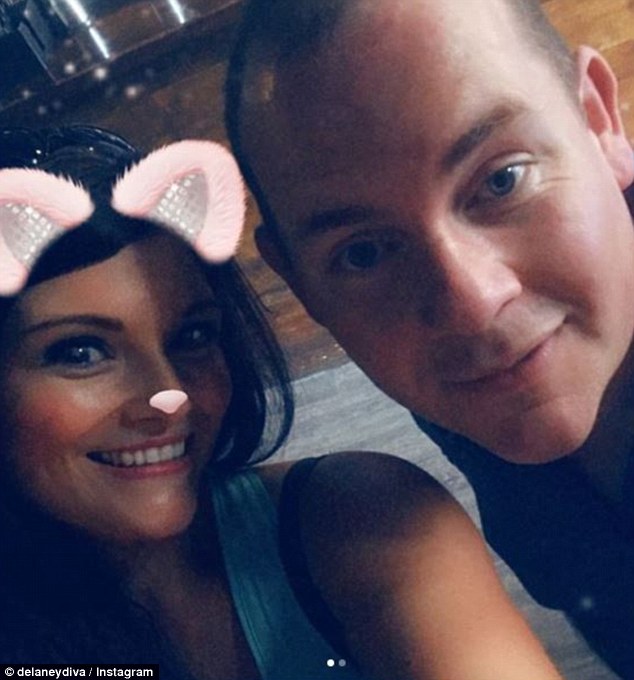 Rachel and Chris posing on Instagram after going for dinner

‘They begin therapeutic relationships and can instantly build trust in difficult circumstances.

‘In my mind #hellomynameis is the first rung on the ladder to providing truly person-centred, compassionate care.’

After sharing the idea on Twitter, the couple were stunned to see it go viral, as supporters including Kylie Minogue, Jeremy Clarkson, Richard Branson, David Cameron and then health secretary Jeremy Hunt endorsed the campaign.

Now the global initiative has been taken up in more than 20 countries and nearly half a million NHS staff sport ‘Hello My Name is… ‘ badges.

Dr Granger discovered that she was suffering from cancer in 2011 after enduring terrible back pain while on holiday in California. 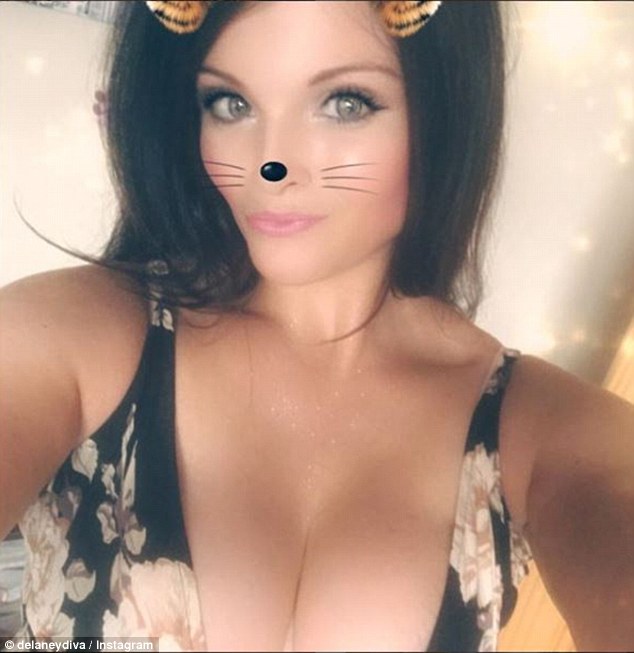 She was diagnosed with desmoplastic small round cell tumour (DSRCT)-a rare and aggressive form of sarcoma.

Since then, Chris has carried on her work, touring Australia, New Zealand and Tasmania to deliver 21 talks in 25 days, writing a book, and receiving recognition from Theresa May.

Earlier this year, Chris revealed Kate sent him birthday cards from beyond the grave, similar to the film, P.S. I Love You .

Before she passed away, she wrote 27 birthday cards and even organised surprise deliveries for her husband of 11 years.

Mr Pointon is set to receive cards up to his 65th birthday and said that they ‘make his day.’

Whilst celebrating his 40th birthday on April 11, he was delighted to receive another card with a loving message from his wife.

Inside it she had written: ‘To my dearest Humpty Dumpty,

‘I love you and always will. So much.’