By Chris Hastings for The Mail on Sunday

In a new Channel 4 documentary, Sir Mark, 59, claims Churchill’s impassioned plea in 1941 to British troops in Hong Kong – then under colonial rule – urging them to fight to the last man to defend the Empire was akin to Hirohito’s orders to his own soldiers.

Sir Mark, who shot to fame in the BBC drama Wolf Hall, said he believed that British troops – like their Japanese counterparts – had been ‘fooled’ into fighting ‘by ideas of Empire’. 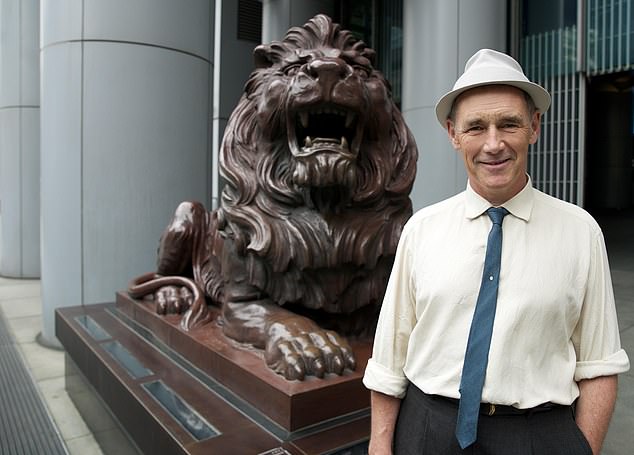 But Andrew Roberts, a biographer of Churchill and a leading military historian, said: ‘Sir Mark should not always, as he does so often, seek to blame his own country automatically for everything that goes wrong with the world. National self-hatred ought not to be his first point of contact. He ought to read some history instead.’

In the documentary, My Grandparents’ War, Sir Mark travels to Hong Kong to retrace the steps of his late maternal grandfather Osmond Skinner, a banker with no military training who was taken prisoner by the Japanese while fighting to defend Hong Kong. He survived the PoW camp and later returned to England.

Sir Mark, a pacifist and peace campaigner, controversially claims: ‘After the First World War, the refusal of Britain and its allies to treat Japan as an equal fuelled a rise in nationalism and military expansion.’

He also examines Churchill’s order to troops in Hong Kong, when he said: ‘There must be no thought of surrender… we expect you to resist to the end. The honour of the Empire is in your hands.’

Sir Mark, a noted Shakespearean actor who starred in the hit films Dunkirk and Bridge Of Spies, says he would have mistaken the order for one issued by Hirohito if he had not been told it came from Churchill. 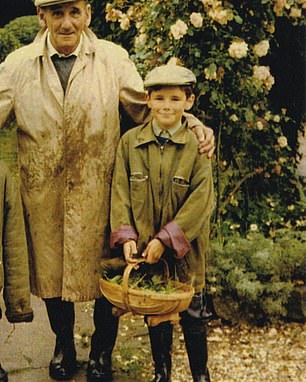 A young Sir Mark, right, with his grandfather Osmond Skinner

He also criticises America’s decision to drop atomic bombs on Hiroshima and Nagasaki, even though the attacks are credited with ending the war and saving hundreds of thousands of lives.

Instead, Sir Mark says the cities were used as a testing ground for the weapons in a ‘brutal experiment’. He also accepts without question claims by a Japanese historian that the country was preparing to surrender before the first bomb was dropped.

However, Mr Roberts said the actor should not have fallen for the ‘untruth’ that Japan was set to surrender, adding: ‘The first and second nuclear bombs, which ended the Second World War and saved a quarter of a million lives, were necessary.’

Mr Roberts, a visiting professor at the department of war studies, King’s College London, said: ‘Sir Mark could not be more wrong about his grandfather and his own history. His constant attempts to draw a moral equivalence between the British Empire and the wartime Japanese Empire are ludicrous.

‘As the war crimes trials showed, the Japanese engaged in regular, systematic and horrific war crimes, which was certainly not the case of the British Empire.’