The woman who rescued a young pit bull trapped in a cage that was half-submerged in a New Jersey bay has named the puppy River and says she plans to adopt him.

Jennifer Vaz saved the pup’s life early Monday morning when she was walking her own dog in a Highlands, New Jersey park and her pet noticed something in the water.

Upon a closer look she realized it was a pit bull trapped in a black wire cage. The 10-month-old pit bull would have drowned in the water’s rising tide. 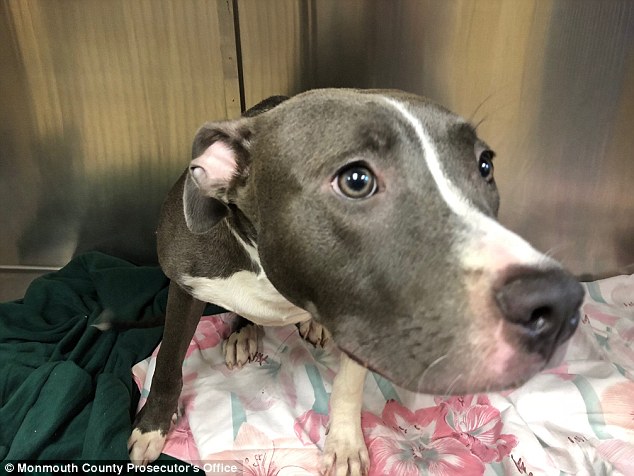 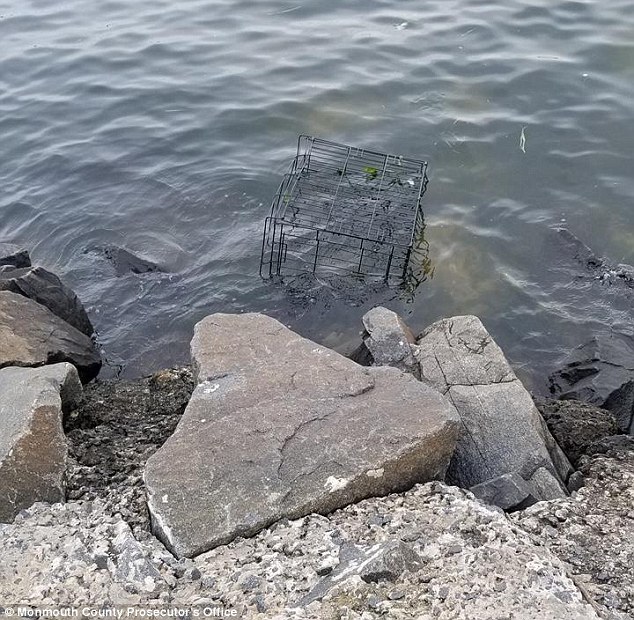 She was walking her own dog who led her to water’s edge where she discovered the black wire crate and the helpless puppy inside, partially submerged in water 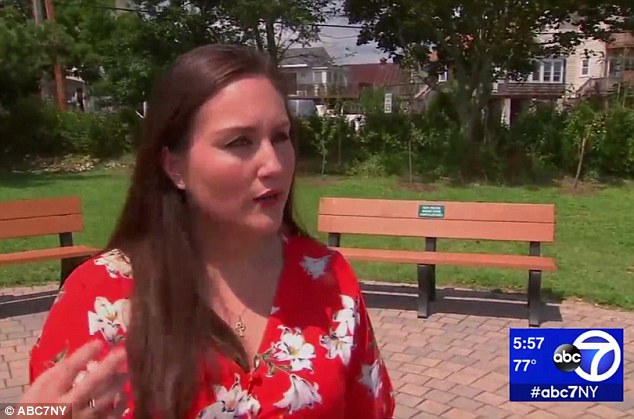 Vaz, pictured above, rescued the dog on Monday morning and has announced that she plans to foster and adopt the pit bull

‘When we got closer I heard the whimpering. When I looked down, I saw these eyes looking back at me — these cute little puppy eyes all shivered up and scared,’ Vaz said to ABC.

Vaz then rescued the trapped dog and called police. Naming him River she took him home and later took him to Society for the Prevention of Cruelty to Animals.

If it wasn’t for her discovery, the dog could have perished in the water.

Check this out  British Airways plane fills with smoke at 30,000ft and has to make an emergency landing

‘I couldn’t believe that this happened in our town and somebody could be this malicious and do that to that dog,’ Vaz said.

She plans to foster the dog and hopes to adopt him. 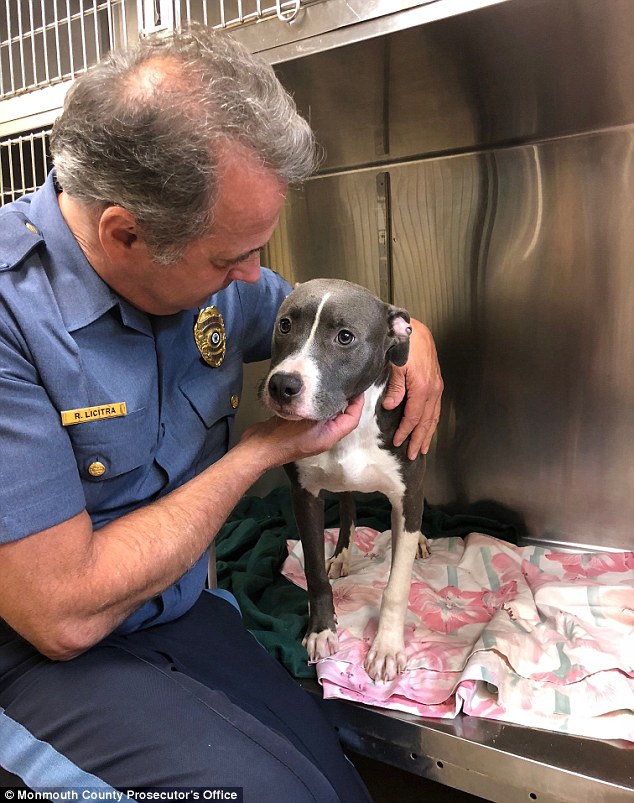 Miracle rescue: River was taken to the police and SPCA, where he is currently being cared for 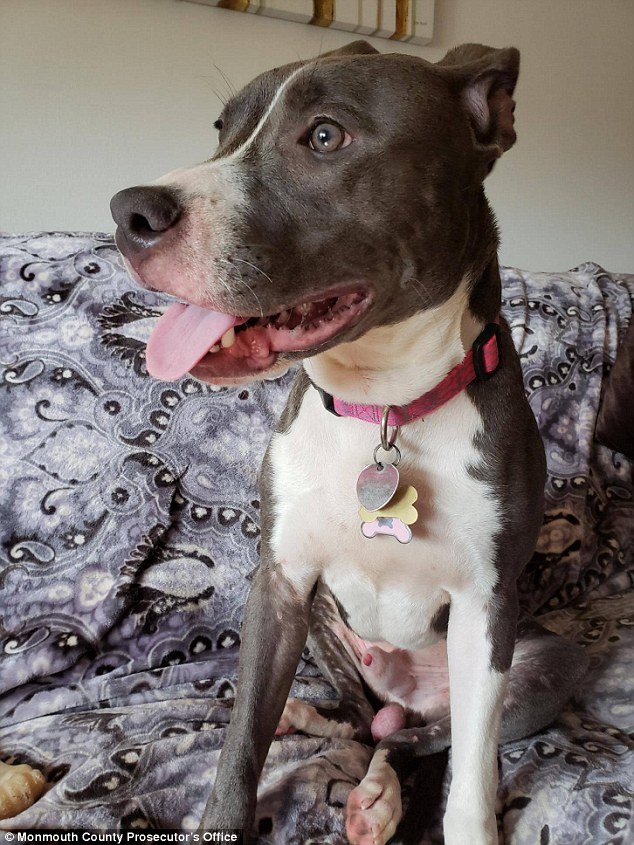 Police are looking for whoever abandoned the puppy in the bay, and they could face three to five years in prison 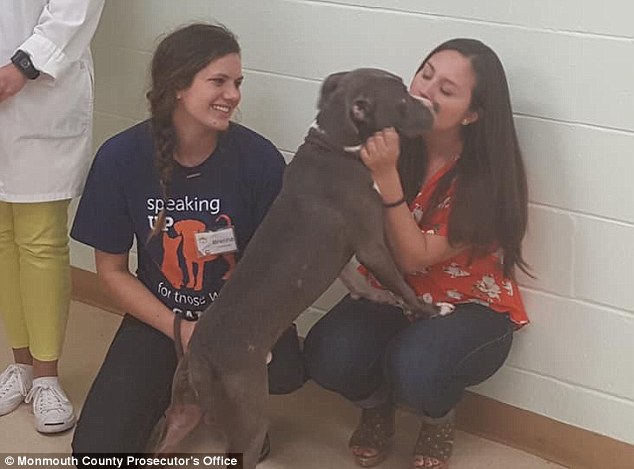 Perfect match: Vaz rescued the dog on Monday and subsequently named him River 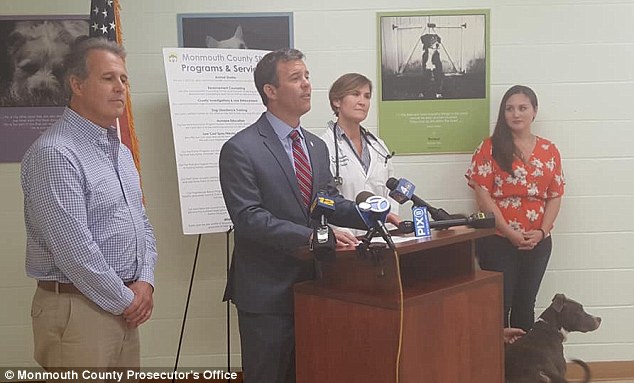 ‘High tide would have been at 10:30, and this crate to house this small dog was probably two and a half feet off the ground,’ Monmouth County Prosecutor Chris Gramiccioni said.

‘The water was rising through the crate and just in a matter of less than an hour, River wouldn’t have made it if it weren’t for Jennifer coming to take him out of the crate, saving his life,’ he added.

Police say that the dog was likely abandoned at the site between 4am to 6am. An investigation is taking place to track down the perpetrator.

The person responsible could have three to five years in prison if the abandonment was intentional, according to NJ.com.

The dog is currently in the care of SPAC in Eatontown, New Jersey.