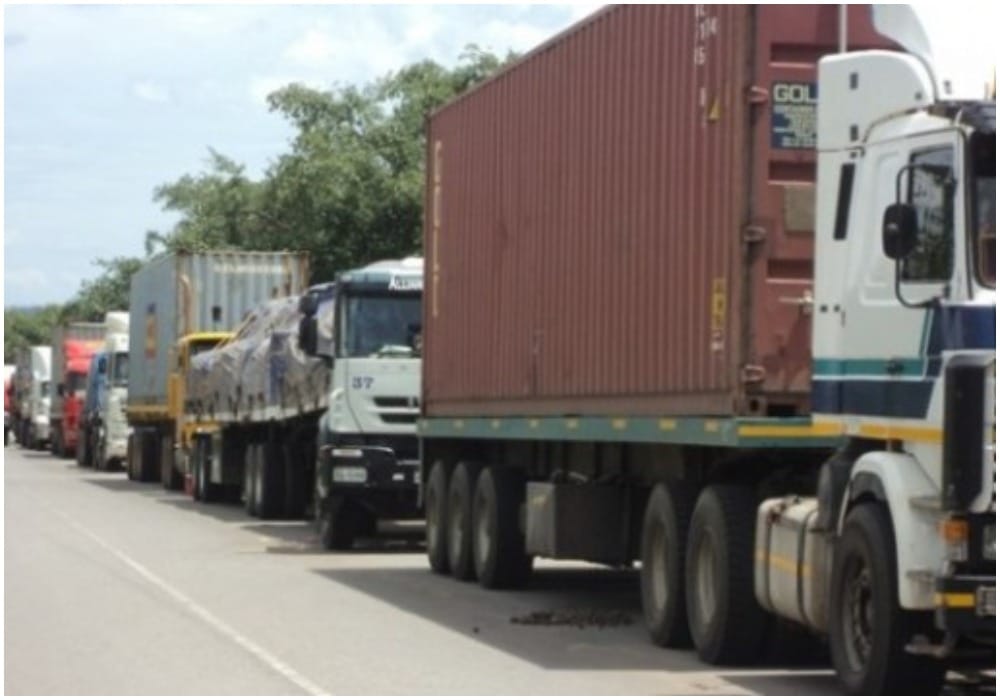 As tension continues to mount over the ongoing xenophobic attacks on foreigners in South Africa, some South African drivers have encountered difficulties in crossing the country’s borders to Mozambique and Zambia.

In a video which surfaced online, South African drivers could be seen being held up at border points by Zambians and Mozambicans.

Tyres were set on fire on a road connecting South Africa to Mozambique. It is believed that the obstructions were caused by those protesting against xenophobia in South Africa.

Truckers carrying deliveries were targeted specifically by the communities, who had to be dispersed by police.

DAILY POST had reported that at least five Africans have been killed in attacks on foreigners in South Africa this week.

Check this out  Jonathan @60: You’re the best thing that ever happened to Almajiris – Reno

The attacks on foreign-owned businesses in Gauteng area of South Africa have sparked a tidal wave of reactions, with Nigeria, in particular, taking a firm stance against South Africa. The West African country had boycotted the current World Economic Forum event in Cape Town.

Early this morning, people set up barricades and burned tires to stop South African trucks from entering in Mozambique, allegedly in retaliation to protests in South Africa against foreigners truck drivers. I understand police is on the scene and has now restored ordered. pic.twitter.com/IHaa8V3cTI