Yvette Cooper’s daughter, 20, pleads with Boris Johnson to stop using ‘inflammatory and aggressive’ language because she fears for her mother’s safety as she reveals family home has been fitted with panic alarms

By John Stevens Deputy Political Editor For The Daily Mail

The daughter of Labour MP Yvette Cooper has warned Boris Johnson that she is ‘scared every single day’ for her mother’s safety.

In an emotional plea to the Premier, Ellie Cooper, 20, asked him to call a halt to ‘inflammatory and aggressive’ language.

Miss Cooper told how she has feared her mother could be killed ever since the murder of Jo Cox.

On Twitter, she wrote: ‘Before then, my mum’s job was something that kept her working later than bedtime when I was a kid, the source of embarrassing conversations at school, the reason we travelled to and fro between Yorkshire and London every week for the first two thirds of my life. 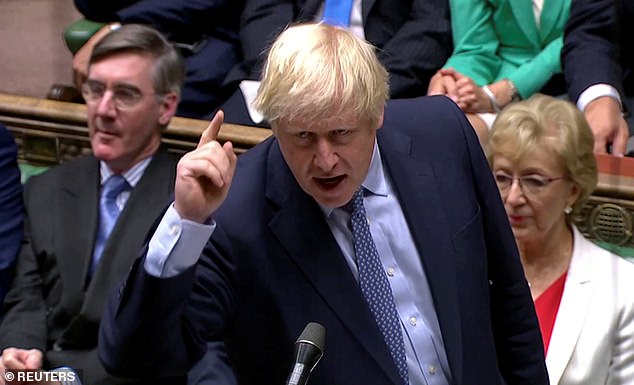 Ellie Cooper, 20, has asked Boris Johnson to call a halt to ‘inflammatory and aggressive’ language

‘It was never something that could get her killed. I am scared when I scroll through the replies to her tweets calling her a liar and a traitor.

Check this out  Meet Australia's Kardashians! Tammy Hembrow, who left Jenner's 21st in a stretcher, has four sisters

‘I am scared when our house gets fitted with panic buttons, industrial-locking doors and explosive bags to catch the mail.

‘I am scared because on 16 June 2016, two children said goodbye to their mother before she left for her constituency to sit in surgeries and help people all day, and never saw her again.

‘I am scared every single day that the same will happen to mine.’ 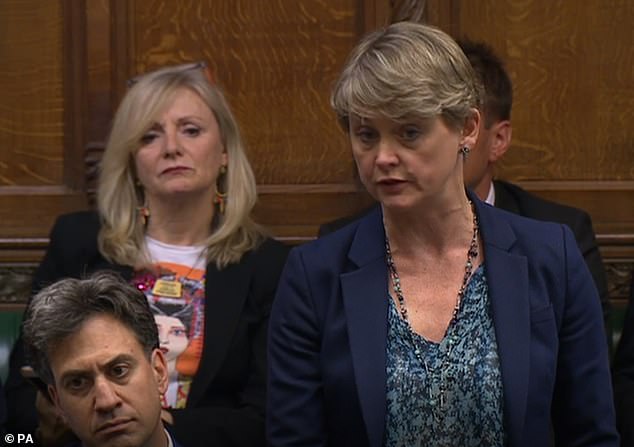 The daughter of Labour MP Yvette, says she fears her mother could be killed like Jo Cox was

Miss Cooper, whose father is former MP Ed Balls, added: ‘Of course people have strong opinions, opinions that will inevitably come into conflict when trying to work out how best to deliver an outcome that split our country in two.

‘But what we need now is a Prime Minister who can stand up and say ”Yes I want to deliver Brexit, but regardless of my position, this inflammatory and aggressive language needs to stop”.

Her mother, the former work and pensions secretary, replied: ‘We get used to handling all the things that get thrown at us, but it’s harder to see it through your children’s eyes. I am very proud of my brave daughter.’