They have enjoyed a week of family fun at a Gatcombe Park’s equestrian festival this week.

And the Tindalls looked delighted to be back on Sunday as they walked arm-in-arm around the Gloucestershire estate.

Zara and Mike packed on the PDA, sharing a kiss on the lips with Mike even giving his wife’s behind a cheeky squeeze as they soaked up the sunshine.

The Queen’s granddaughter looked to be in high spirits as she arrived for day three of Festival of British Eventing, embracing the heat wave in khaki shorts and a polo shirt. 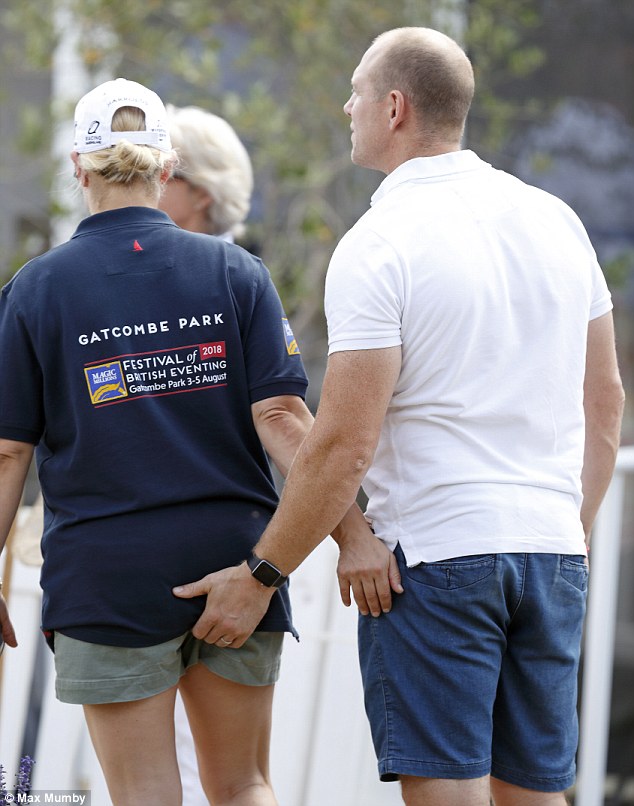 What royal protocol? The Tindalls looked delighted to be back at Gatcombe Park on Sunday as they walked arm-in-arm around the Gloucestershire estate, with Mike giving his wife a cheeky squeeze

Check this out  Union baron McCluskey enjoys red wine while dining with a friend at a glitzy London eaterie... 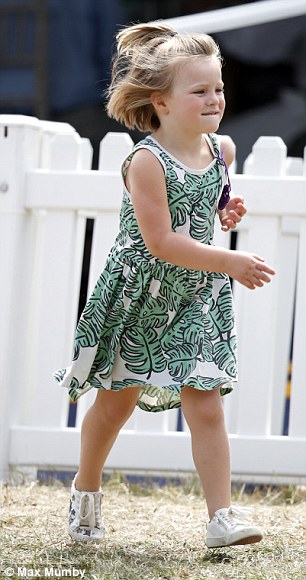 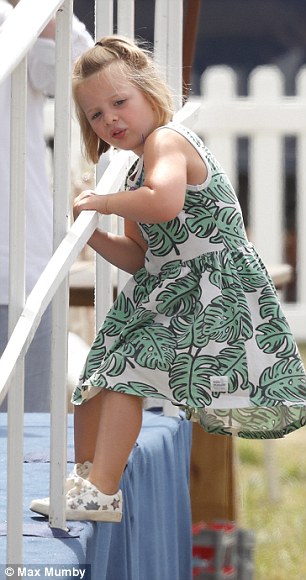 Zara and Mike’s eldest daughter, four-year-old Mia, was also at Gatcombe Park today. The mischievous youngster could be seen running around and climbing over the fencing 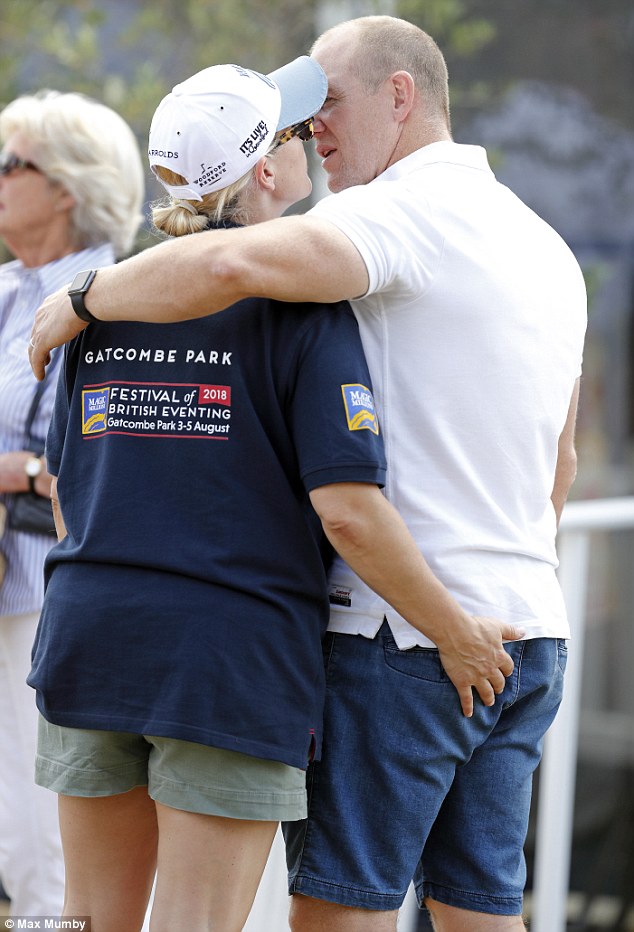 Zara and Mike Tindall packed on the PDA, sharing a kiss on the lips as they soaked up the sunshine at Gatcombe Park, Gloucestershire on Sunday 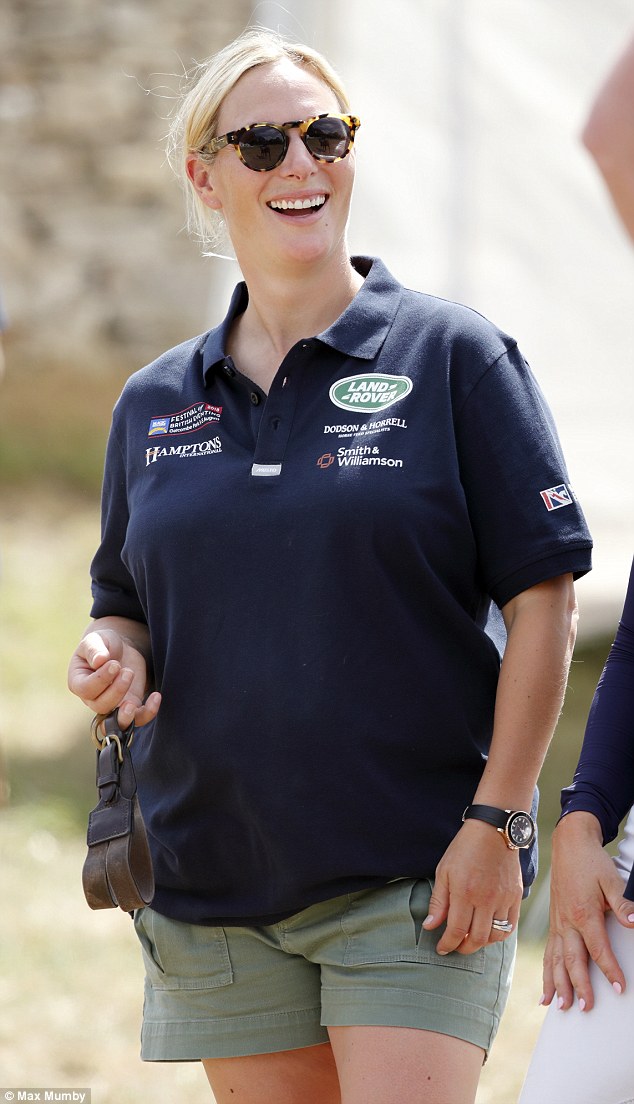 The Queen’s granddaughter, Zara Tindall, looked to be in high spirits as she arrived for day three of Festival of British Eventing on Sunday, held at her mother’s residence Gatcombe Park

Gatcombe Park is the country residence of Zara’s mother, Princess Anne, who looks to be enjoying every minute of being a grandmother.

Equestrian champion Zara has not missed a single day of the festival this week, and on Saturday she was joined her sister-in-law Autumn Phillips and nieces Savannah and Isla.

The couple’s new arrival, Lena, is a younger sister to Mia, four, and came after the couple suffered two devastating miscarriages.

In a recent interview with The Sunday Times, Zara explained she experienced the miscarriage ‘really early on’ during her pregnancy but never announced it to the public.

‘You need to go through a period where you don’t talk about it because it’s too raw,’ she said.

It’s not clear when Zara’s miscarriage occurred, but it would have happened between December 2016 and October 2017 when she fell pregnant with Lena.

Style in the sun: Zara Tindall embraced the heat wave in khaki shorts and a polo shirt as she arrived at Gatcombe Park for an equestrian event on Sunday 5 August

Zara said: ‘In our case, it was something that was really rare; it was nature saying, ”This one’s not right.”

‘I had to go through having the baby because it was so far along.’

The equestrian champion, who was named Sports Personality of the Year in 2006, said her older brother Peter Phillips was very ‘protective’ of her and ‘concerned’, as was her husband Mike when she had to go through it again.

With Mia set to start school in September and with one-month-old Lena to look after, Zara said she is ‘going back and doing it all again’, adding: ‘It is fine at the moment.’