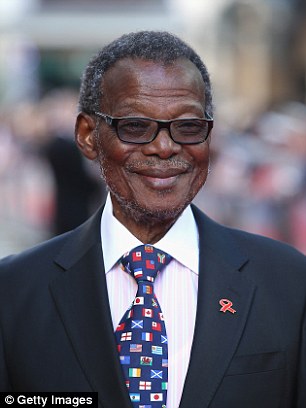 Prince Mangosuthu Buthelezi, who starred in the 1964 film, at special 50th anniversary screening of the movie at the Leicester Square Odeon in London in 2014

The leader of the Zulu tribe, who starred alongside Sir Michael Caine in the classic film, has defended the movie against critics who accuse it of being racist.

Protesters against the epic 1964 movie, depicting the events of the Battle of Rorke’s Drift, denounced it as ‘inaccurate, distorted and racist’ last month.

Campaigners tried to stop the film being shown at a charity screening event in Folkestone, Kent, saying it could ‘have a negative effect on relationships within the changing and richly diverse communities’.

Despite the protest the screening went ahead and Chief Mangosuthu Buthelezi, 89, who played his great-grandfather, King Cetshwayo, in the big-screen version of his kingdom’s defeat said the film should not be viewed through a 21st century lens.

The event was to raise money for armed forces charity The Soldiers’ and Sailors’ Families Association (SSAFA).

But the seaside town’s mayor received an open letter signed by 28 people who wanted the event scrapped, saying it was an ‘inaccurate portrayal of historical events’ and that it had ‘distortions and racist overtones’. 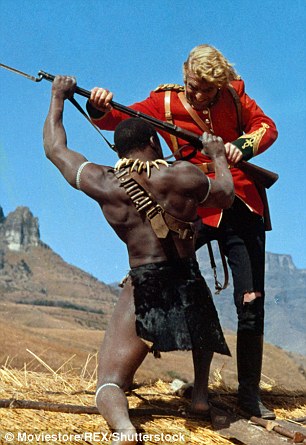 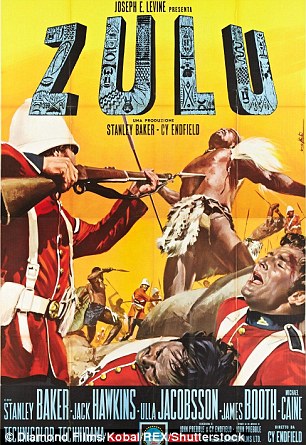 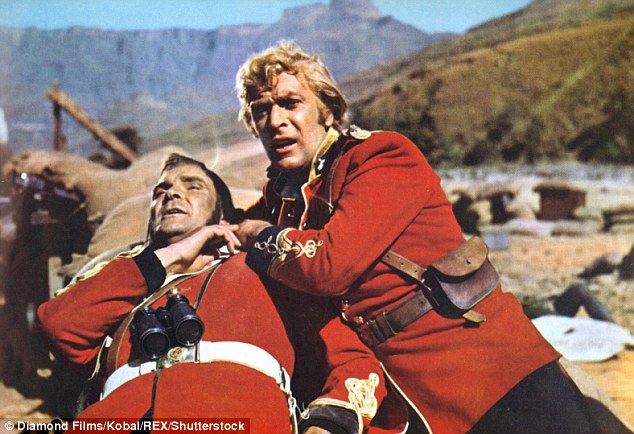 The film based on a ferocious battle from the Anglo-Zulu War in January 1879, tells the real-life story of how around 150 outnumbered British soldiers held off waves of attacks from between 3,000 and 4,000 Zulu warriors at a remote station on the border with Natal in South Africa.

Just 15 British soldiers died but around 350 Zulus were killed and the fighting led to 11 Victoria Crosses being awarded to the defenders of Rorke’s Drift, seven of them to soldiers of the 24th (2nd Warwickshire) Regiment of Foot – the most ever received for a single battle by one regiment.

Check this out  Passwords, usernames, and IP's of over 560,000 users exposed in a hack on a popular web comic forum

Prince Buthelezi urged critics of the film to look beyond the view that Africans were depicted in the film as ‘savages’ and praised the way the community recreated history.

The 89-year-old, who was the minister of home affairs in Nelson Mandela’s first government, added: ‘What made it unique was that it was a community of both black and white where everyone was respected and everyone treated one another as equals.

‘There was no fuss about race, no discrimination, no bigotry. It was simply a community of people working together to recreate a part of history that held tremendous meaning for them all.

‘But something more emerges from the film. The deep respect that develops between the warring armies, and the nobility of King Cetshwayo’s warriors as they salute the enemy, demanded a different way of thinking from the average viewer at the time of the film’s release. Indeed, it remains a film that demands a thoughtful response.’ 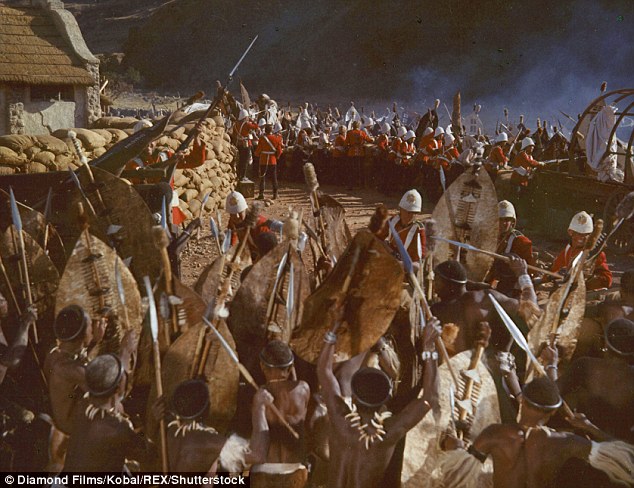 A scene from the film depicting the battle of Rorke’s Drift during the Anglo-Zulu War saw around 150 British soldiers hold off between 3,000 and 4,000 Zulu warriors

Check this out  Three wounded as rockets are fired into Kabul

Made during apartheid South Africa with a racially mixed cast and crew, the film was a ‘milestone event’ for the Zulu’s who took part with their traditional tribal shields and costumes.

Prince Buthelezi, who also founded the Inkatha Freedom Party in 1975 and was a founder of KwaZulu in 1994, said: ‘When we filmed Zulu, both black and white were recreating a part of history that held tremendous meaning for all of us. Rorke’s Drift was only one battle.

‘It was preceded by Isandlwana, the greatest military victory of an African nation against the British, and it was followed by the Battle of Ulundi, where our nation was defeated and subjugated.

‘What followed was decades of hardship and sorrow. But the spirit of the Zulu nation remains unconquered, and we still thrive in 21st century South Africa.

‘There is still a king on the throne of King Cetshwayo and millions of black South Africans still honour our culture and traditions.

‘Whenever that past is remembered it should always be a celebration of our ongoing fight, and victory, against division. That is worth thinking about, as that is the present-day context of the film Zulu.’